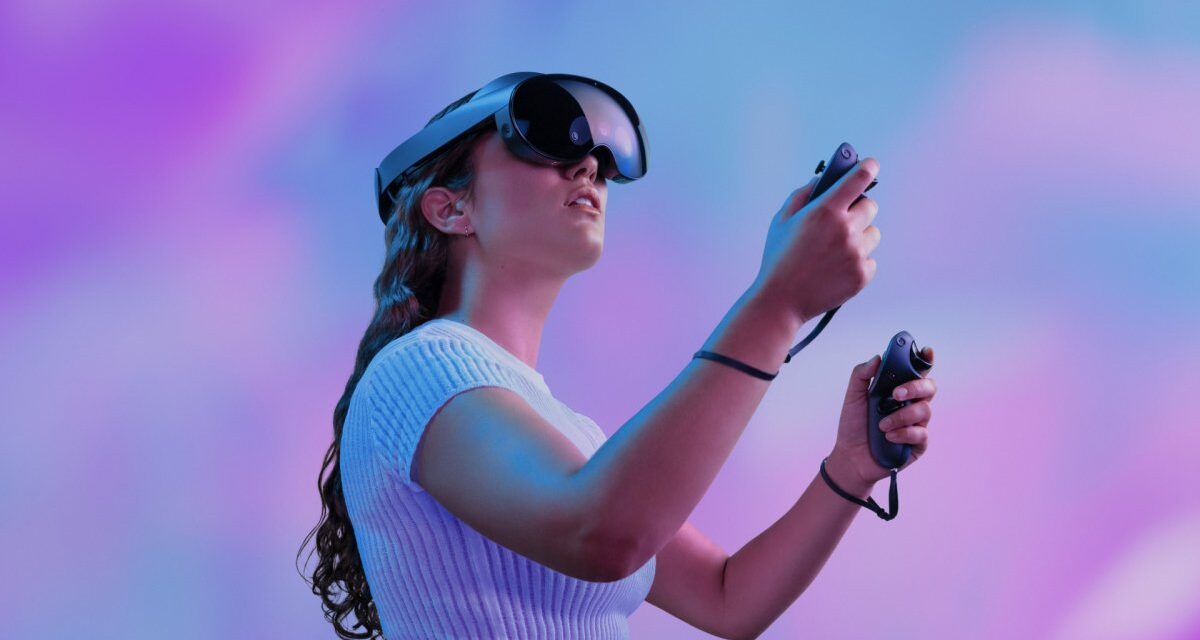 The future continues to become a reality, one new technological innovation at a time. What we collectively believed unimaginable is now being developed, planned, and executed in real-time. Anything that positively influences our daily lives through integrating technology into our society is always an achievement we can commemorate. We are living in a race of innovation. Where tech brands are competitive, undertaking the challenge to be the next big thing in tech. Technology companies like Microsoft, Meta, Apple, and more, have been ambitious, working on creating products that innovate how we work, play, and live our lives.

The Meta Connect Conference wrapped up its virtual event last week. Its return presented us with the latest product launches, anticipated keynote speakers, and the newest technology hitting the market. The show also had a special appearance by Meta CEO Mark Zuckerberg, who unveiled their newest Oculus, the Meta Quest Pro. The latest VR and metaverse tech are worked on in efforts to indoctrinate working in the metaverse. FGPG will cover the best takeaways from Meta Connect 2022 and how VR and the metaverse are becoming increasingly more influential in how we communicate and interact with the world.

As you navigate this Meta Connect 2022 overview, you will be brought up to speed with the most significant announcements made at the show last week. Let’s dig into the world of technology. 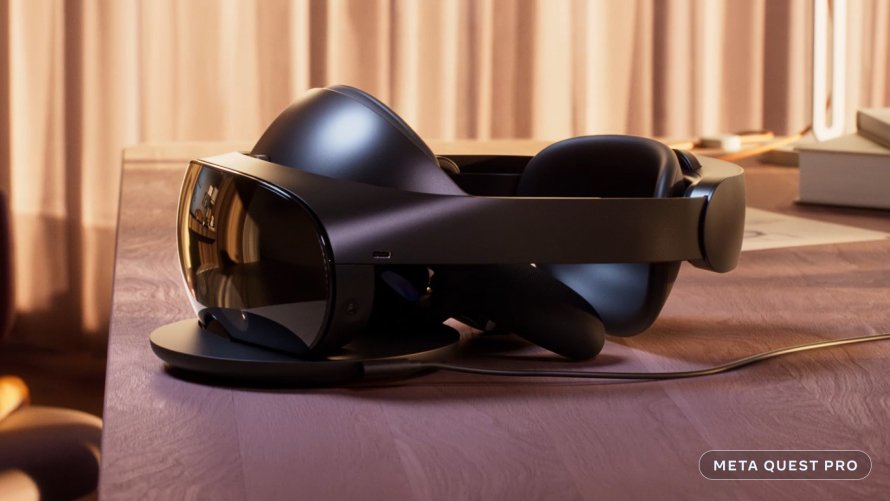 On October 11th, Mark Zuckerberg delivered a keynote with the leaders from Reality Labs at Meta and some special guests to showcase their progress in bringing the metaverse to life. FGPG highlights the successful journey of the Meta Quest 2, how virtual reality is incorporating their technology with social media and showcasing new applications for fitness, gaming, and work. We cover the introduction of the Meta Quest Pro, a virtual reality device that combines the physical and digital worlds with the latest technological advancements.

Over the last few years, Meta has shared details about their latest VR devices with the world, known as Project Cambria. Today, the tech company has dropped the name and introduced the Meta Quest Pro. The high-end headset will launch on October 25, 2022, and will be available for pre-order on their website.

The Meta Quest Pro is the first of the new advanced headsets built to expand the concepts of virtual and mixed reality. The latest headset has undergone a few cosmetic changes, giving the headset a distinctive look.

Its big round lenses fold light over several times, reducing the device’s size while depicting sharper visuals. The new curved batter on the back of the headset allows the Quest Pro to be more balanced and ergonomic headset overall.

The high-res outward-facing cameras capture four times as many pixels as its predecessor, the Meta Quest 2, making the Quest Pro Meta its first full-color mixed reality device. The possibilities are endless when the world’s digital and physical dynamics can finally meet seamlessly, without strain. The Pro is also the first headset Meta has built that integrates inward-facing sensors to capture natural facial expressions and eye tracking. Just smile, wave, or make facial expressions; your avatar will mimic your facial gestures. The improvement in facial tracking was to improve social presence and interaction. The next level of remote interaction is the feeling that you are in the same room as someone, no matter where you are.

This is a revolutionizing milestone in realizing the potential of the metaverse, and we are only scratching the surface. 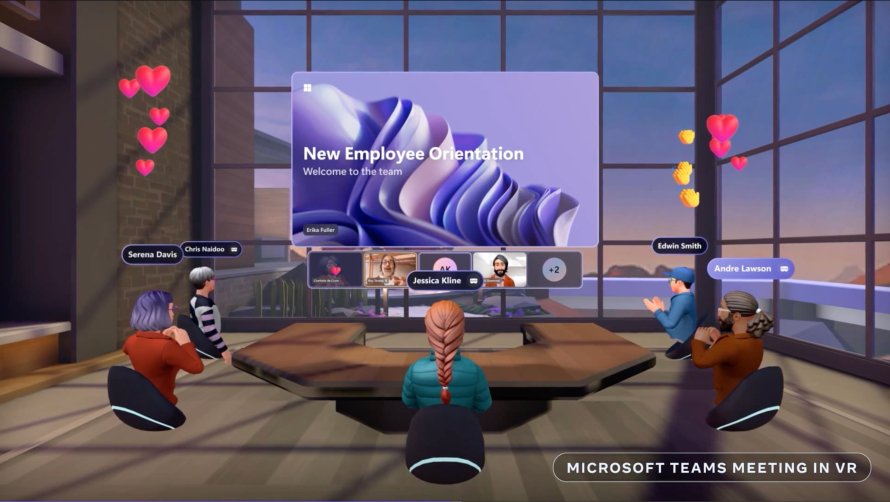 New Partnerships Will Focus on Productivity & Propel the Future of Work

One of the biggest surprises at the Meta Connect conference was the partnership announcement between Microsoft and Meta. Microsoft Chairman and CEO Satya Nadella joined Mark Zuckerberg at Meta Connect 2022 to announce a new partnership that will bring powerful new work and productivity tools to Meta Quest Pro and Meta Quest 2 next year. This unexpected partnership has everyone in the industry talking about all the possible innovations that the collaboration can bring to the world and the industry.

The partnerships will also bring us new applications for Microsoft Windows 365 and Microsoft Teams and the ability to join a Teams meeting from inside Meta Horizon Workrooms. Meta and Microsoft worked together to combine Quest Pro into the Microsoft ecosystem. This means they will release the following:

When Meta Quest 2 launched two years ago, most users’ time in virtual reality was spent navigating the digital environment alone. Today, most of the time is spent in multiplayer and social applications with other users. With that, Meta announced they are developing Meta Horizon Worlds on the web, so now you can easily pick up your phone or laptop and visit friends who are hanging out in VR, and vice versa.

Ultimately, Horizon Home is rightfully becoming the personal social hub that Meta has visualized for some time. After allowing everyone to meet their friends at home and watch 360 videos with them, Meta is now unlocking the possibility for a group of friends to watch videos together on YouTube VR. YouTube VR has proven to be the place to go to find exciting 2D and 360 videos to enjoy on a headset. Meta acknowledged this, which led to them announcing they are also partnering with Google to bring it inside Horizon Home socially.

As mentioned above, Horizon Worlds is coming to the web. Now, entering it won’t require a mandatory VR headset, and it will be possible to enter a room by just opening a link on your phone. This will reduce the friction in its usage and open up accessibility to the app.

Soon, Meta will allow you to shape your world in Horizon by using 3D models created with Maya, Blender, Adobe Substance, ZBrush, and all the other professional 3D creation tools. Meta is also working on easy integration with Sketchfab and similar asset libraries to let creators use existing 3D models. However, these improvements will take a bit longer to integrate into the latest version of Horizon Worlds.

As we get nearer to what we believe will be the metaverse, the user experience will only get much more complex. Allowing us to interact more precisely will give us an enhanced experience as we navigate the applications through gaming, work, and fitness. Meta believes that the experience can be improved by modifying their avatars.

Meta introduced and previewed the next generation of Metaverse Avatars that will be depicted in a more expressive and detailed illustration. The new full-body avatars will launch in VR, starting in Meta Horizon Worlds.

Furthermore, besides VR, Meta is bringing avatars to video chat, beginning with messenger and WhatsApp, which allows users to express themselves and react without turning on their cameras. Meta also promises more customization options in appearance, new shaders for more realistic skin rendering, and custom avatar actions and behaviors that developers can incorporate into apps.

Beyond everything announced at Meta Connect 2022, Meta also shared updates on their research toward the foundational technologies for future devices and the metaverse, including their work using artificial intelligence and electromyography to create more intuitive, human-centered interfaces.