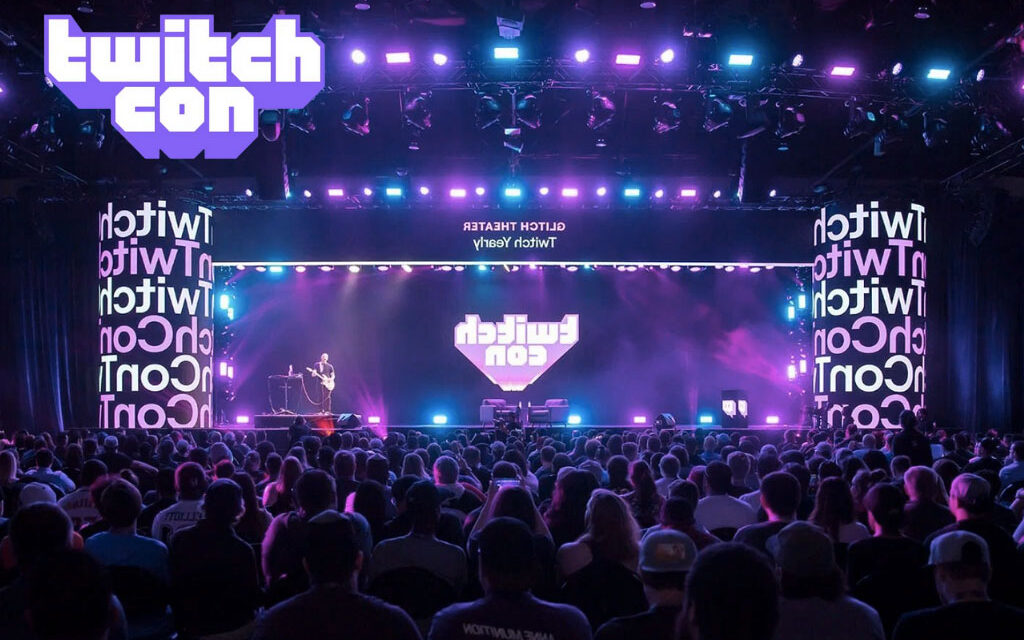 The internet’s most popular streamers, content creators, and fans made their way back to the San Diego Convention Center this past weekend for the return of TwitchCon. For those that have not kept up with the latest streaming trends, TwitchCon is a convention where live streamers – or streamers, gather with their community for a weekend full of comics. However, the convention is equipped with more than meet and greets and games. Those attending can expect to fully experience the latest technology and business.

Twitch has quickly become arguably one of the most popular live-streaming platforms in the world – and the convention came back with a bang. Owned by Amazon, Twitch started as a live-streaming platform mainly for gamers but has shifted into a flexible platform for all sorts of streaming content over the last few years. According to the streaming platform, Twitch averages about 2.5 million viewers at any one point and 31 million average daily website visits.

Fans worldwide began arriving in Downtown San Diego Thursday and picked up their badges and accessories ahead of the trade show event. Many believe that TwitchCon this year will be better than ever. The event faced a series of exciting panels and experiences that left many fans speechless.

Twitch holds two conventions each year. One in North America and one in Europe. San Diego, in particular, has hosted the convention three times, including this year. The 2022 TwitchCon San Diego was on a roll. Once again, the convention opened the door for fans to meet their favorite streamers and influencers.

Moreover, it has seemingly tweaked the creativity of the fans. TwitchCon San Diego 2022 has come to an end. The iconic convention and trade show produced many highlight reel moments throughout the weekend, and we will be covering some of the most notable moments. As we recap the recent TwitchCon, stay tuned for our previous work at TwitchCon and how we constructed Fortnite’s esport gaming experience from the ground up.

Earlier last week, Twitch took to their Twitter account to announce a list of names who will be present during the event’s meet-and-greet. Among the various creators that fans will have the opportunity to meet our xQc, HasanAbi, AriaSaki, GeorgeNotFound, LIRIK, NICKMERCS, EsfandTV, Scarra, Pokimane, Symfuhny, and ShahZam. There were 12 separate meet and greet sessions across all three days.

This year’s TwitchCon saw the return of Twitch Rivals featuring Fortnite. Various streamers lined up on the event’s final day to participate in a no-build Fortnite competition. Some names featured were alexcod556, Archie, building, crrr, and Easiness.

Twitch announced the inclusion of musical artists who performed during the TwitchCon Party. The purple platform welcomed American rapper Megan Thee Stallion, German songwriter Kim Petras, and American music group Meet Me at the Altar. Additionally, they were joined by DJ Lani Love and TIGERMOMTOY, who provided beats during the music event.

The comic convention wouldn’t be the same without having the veteran streamer Chance “Sodapoppin” Morris getting up to his usual antics on camera. One of the most anticipated streamers made an appearance, and everyone loved it.

The 28-year-old produced one of the event’s most hilarious and memorable moments by letting the Twitch Rivals Ultimate Gauntlet Challenge host know how he really felt about participating. Watch the moment below, and experience it for yourself.

After a disruptive few months of drama left their friendship in tatters, Felix “xQc” Lengyel and Hasan “HasanAbi” Piker patched things up in the lead-up to TwitchCon. xQc even apologized for his part in the feud. Many fans were surprised to see two of the most popular Twitch streamers hash it out with some activities.

Take a look at how their reconciliation didn’t stop them from finally trading blows—for entertainment and a good laugh—in a gladiator-like battle atop a foam pit. See more

TwitchCon is as much about partying as it is celebrating the gaming and streaming communities, and two worlds collided when popular rapper Megan Thee Stallion got her groove on with Master Chief from Halo.

Attendees in the crowd lost their minds, and so did the internet once the clip went viral on social media. In the clip below, you can see the live experience of Meg joining in on the fun at TwitchCon as Master Chief jumps on stage with the rapper. See more below.

Twitch Rivals tournaments have become a staple part of TwitchCon events, and although their primary purpose is to entertain attendees, there are still bragging rights and a lot of money on the line.

The Twitch Rivals: Apex Legends Mode Mash-up tournament was perhaps the most competitive and intense one at the convention.

It was a stacked tournament that had many clutch plays, but in the end, Christopher “Sweetdreams” Sexton, Phillip “ImperialHal” Dosen, and Stephen “Reedz” Bailey reigned supreme.

Last but certainly not least, TwitchCon San Diego marked the first event that formerly faceless YouTube and Minecraft star Dream attended after finally revealing his identity to the masses.

He participated in the Dream & Friends: The Ultimate SMP Reunion panel. It was a big deal for him and his fans, and although he was a little overwhelmed, it was a huge step for his career, and the most iconic moment of the convention. FG|PG was founded nearly 20 years ago. Today we’re one of the largest woman-owned WBENC Certified live, hybrid, and virtual experiential agencies in the US. That trajectory isn’t accidental. It’s the result of a commitment to continually evolve, to never stop learning, and to always listen to our client’s needs. Our award-winning multidisciplinary team of strategists, designers, producers, technologists, and fabricators gives us the rare ability to provide a full suite of in-house event solutions that help the world’s most innovative brands stay one step ahead of the competition. As marketers with plenty of time watching trends come and go, we at FG|PG have been anticipating the shift from live to digital events and setting ourselves up to be at the forefront of its integration. We’re dreamt up new and exciting ways to make virtual and hybrid events more human and accessible. We are laser-focused on building trust and partnership with our clients, delivering execution excellence and impeccable process along the way.

Learn more about our work with Fortnite at TwitchCon here.