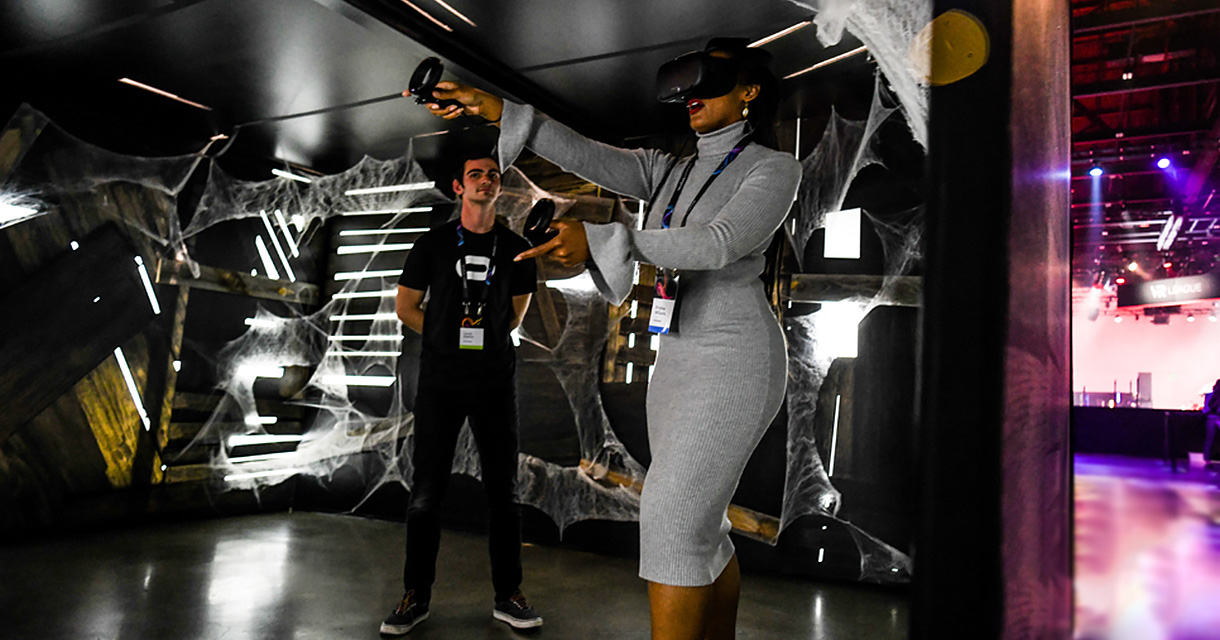 Our team at FG|PG loves a good challenge. We are always on the hunt for the next exciting start-up or big idea. There’s something about that hunger and promise that keeps us sharp and doing our most innovative work. It’s also an amazing experience to be part of a small team that realizes their dreams and scales beyond imagination. This has definitely been the case with Oculus, a small start-up that began on Kickstarter and is now a division of Facebook.

FG|PG and Oculus began working together in the early days of VR and have been witness and partner to their tremendous growth. Five years into Oculus Connect and we can easily say that OC5 was the best one yet. And it still feels like we are just getting started.

For those unfamiliar, Oculus Connect is the VR leader’s annual developer conference. It brings together gamers, developers, immersive storytellers, press, and anyone pushing the boundaries of interactive content. Most importantly, Oculus Connect is an event that brings friends, old and new, together in an intimate setting to explore VR and make reality anew.

By far the biggest announcement at OC5 was Oculus Quest, the world’s first all-in-one gaming system built for virtual reality. This highly-anticipated standalone VR headset offers six degrees of freedom (6DOF), inside-out tracking, is completely wireless, and does not need to be tethered to an expensive PC. This means that high-quality VR is now both portable and affordable! We were incredibly excited to build out the fully immersive activations for SUPERHOT VR, Project Tennis Scramble, and Dead and Buried Arena, and after experiencing their gameplay at OC5 we can say with confidence that Quest will bring VR to the mainstream.

Other standout activations included the Rift Arcade, VR League Grand Finals, and The Void’s Star Wars: Secrets of the Empire – which was tied to a huge announcement about Disney’s new VR Trilogy designed for Quest, Star Wars: Vader Immortal Episode 1.

OC5 was jam-packed with exciting product launches, informative sessions, nailbiting esports competitions, fully immersive demos, and plenty of opportunities to meet up and dialogue with friends, colleagues and likeminded VR pioneers. Attendees even had the chance to get face time with Oculus’ legendary CTO John Carmack, who not only hosted a live app review but could also be found roaming the event halls striking up intimate conversations with inquisitive and eager guests.

Proprietary events are a great way to engage your most enthusiastic and influential customers, users, and team members. FG|PG offers the unique and robust skills in-house that your brand will need to deliver deeply engaging and valuable experiences.

Give us a call to find out what it’s like working with a team that takes the stress out of planning and producing large-scale events.