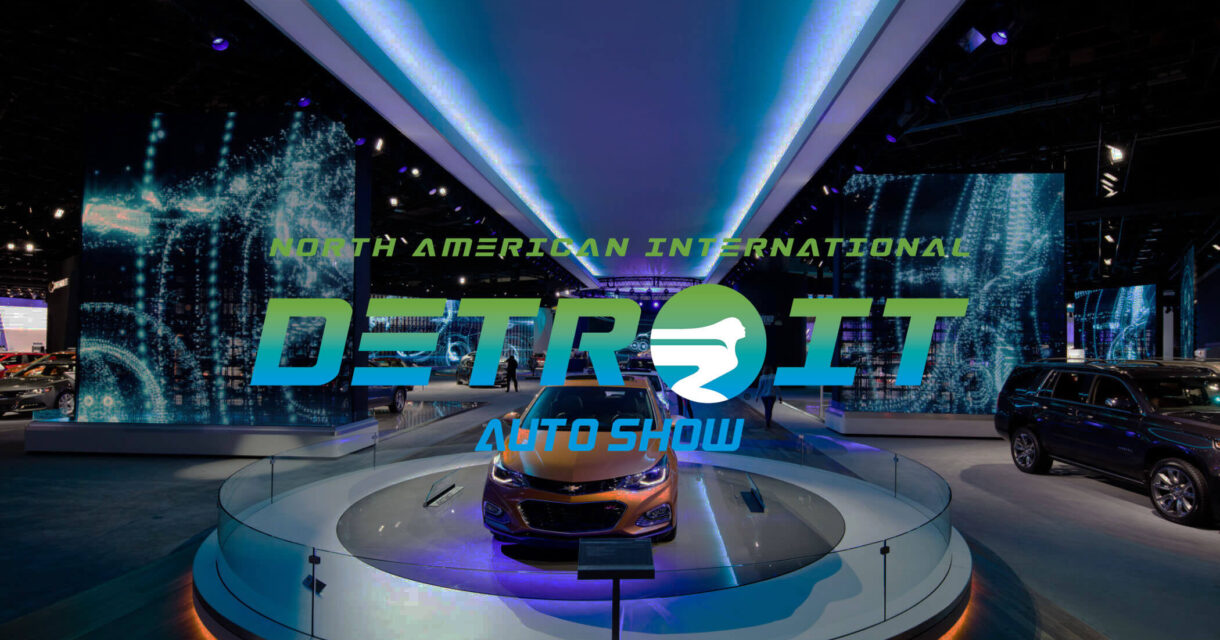 It’s been three long years since we’ve seen a return of the North American International Auto Show (NAIAS). The last time we saw one of the largest international auto shows return to Detroit, Michigan, was in January 2019, due to the lockdown and cancellation of the show in the past few years. The long wait is due to end this month.

After we witnessed a limited indoor return of the North American International Air Show last year, the show is finally back on September 14, 2022. The industry saw a lengthy wait and has experienced some rather significant changes. What’s new with the automotive-based conference?

NAIAS organizers have shifted the show’s focus to keep up with ever-changing trends, hoping to return to their original form. The major event is no longer aimed at driving sales but also celebrating the industry’s most significant transformation since Henry Ford launched the first assembly line more than a century ago.

FGPG shares the latest on the upcoming North American International Air Show and how the return of one of the largest auto shows has changed how the automotive industry engages with its community through improved event strategies.

With the opening of Detroit’s convention hall, the Cobo Hall, in 1965, the auto show earned its permanent home. As it grew into the prestigious event known today, in 1989, the auto show became known as the North American International Auto Show (NAIAS).

The two-week event brings the world together in Detroit and southeastern Michigan, as more than 6,000 journalists from more than 60 countries attend the show. The NAIS now attracts more than 800,000 attendees annually. Additionally, since 1976, the event’s charity has raised more than 112 million for local children’s charities, making it the most successful one-night annual fundraiser in the nation.

Today, two floors in the Cobo Center are set up for more than 700 vehicles worldwide as automotive companies introduce new models, promote current cars and show their latest concepts. The show is such a significant endeavor that it takes roughly ten weeks to construct the elaborate multi-level display areas and install 75,000 yards (ca. 69 km) of carpet at the show. The DADA had recently agreed to move the show to the spring, starting in 2020. However, after being canceled for three years straight, the event is making its debut this September in hopes of increasing attendance.

A major shift in the event’s focus, from having static displays, will move towards a more engaging and interactive experience for all attendees. Thad Szott is the president of the Detroit Auto Dealers Association and co-chair of NAIAS. He emphasizes, “You know people want to be engaged. They don’t just want to walk around a convention center and look at vehicles parked on carpeting. They want to experience this new technology, and the manufacturers know that.” The new and improved NAIAS will feature indoor and outdoor activities and more interactive experiences.

The public portion of the show will run from Sept. 17-25 at Huntington Place (formerly Cobo Hall) and across downtown Detroit. Doors are open daily from 9 a.m. to 9 p.m. except on the final day when the show closes at 7 p.m. Tickets are $20 for adults; seniors  $12; children $10; while a family pass for up to two adults and three children is $50. Group tickets for 30 or more are $12 apiece. The show will offer various displays, activities, and hands-on experiences for all ages.

NAIAS Will Increase Engagement on the floor

This year, the Detroit Auto Show will allow visitors to experience the show at greater heights. Attendees at the NAIAS will be able to drive some products on display at the show through ride brand activations, including five active tracks inside Huntington Place.

Among the on-site products are several massive auto brands that many attendees look forward to seeing and experiencing. Outside the convention, visitors will also have the opportunity to take products for a ride on what will be a portion of the Grand Prix track in downtown Detroit. Not only will eventgoers be able to drive, but they will also experience the show’s flying segment. Over the Sept. 17-18 opening weekend, a demonstration of the future of air mobility will be displayed over the Detroit River in the Air Mobility Experience. Six mobility companies from five countries will offer flight demonstrations, electric vertical take-offs, amphibious sport planes, hoverboards, and jet suits.

To top it off, there will be an appearance of the world’s largest rubber duck, themed days, and street food in Hart Plaza and the Round One Gaming Lab for people six and older. The mobile lab will also offer a luxury gaming experience in a 26-foot theater arcade featuring five 50-inch TVs inside and two outside, offering PlayStation, Xbox, and Nintendo Switch. One of the most anticipated events at the show will be the official reveal of the 2023 “S650” Ford Mustang. This new vehicle will mark the legendary car’s first redesign in seven years. This reveal is significant because rumors in the automotive industry say Ford will include a hybrid, all-wheel drive Mustang for the first time. It is expected to be the last internal combustion powered Mustang, or the previous with a manual transmission, so it’s safe to say that there is plenty of buzz around the reveal.

The seventh-generation ’Stang is being built at the Blue Oval’s Flat Rock Assembly Plant, as the company announced in June. The launch is scheduled for September 14 at 8 p.m. Eastern time, and you can expect it to be live-streamed, so you won’t have to be on the ground in the Motor City to get a peek.

Other brands expected to be there are Jeeps, Chevrolet, and Hyundai, as they are also likely to reveal new models at the event. However, they either have already been debuted, or many already know about them. The new Jeep Renegade replacement will bow in Paris in October. The all-electric Blazer and Silverado may show up in the flesh at the Detroit show, possibly joined by the Equinox, which was last teased at CES in January 202. Still, of course, we already know what those look like, along with the Hyundai Ioniq 6.

Canadian automotive parts manufacturing giant Magna International will also have the first public display of the company’s EtelligentForce technology. The advanced battery-electric powertrain system is designed for use with existing truck platforms.

To reiterate, visitors can drive many products on display at the event. The Camp Jeep, Bronco Mountain, F-150 Lighting, and Ram trucks are among the on-site products. Visitors can take Volkswagen or Chevrolet products for a ride on what will be a portion of the 2023 Chevrolet Detroit Grand Prix track in downtown Detroit. FGPG has worked with the organization since 2015, helping them create immersive experiences that showcase vehicles in their best light to automotive enthusiasts.

The Petersen partnered with EON Productions and The Ian Fleming® Foundation to install the exhibit with the most extensive collection of Bond vehicles and artifacts ever displayed in a single location.