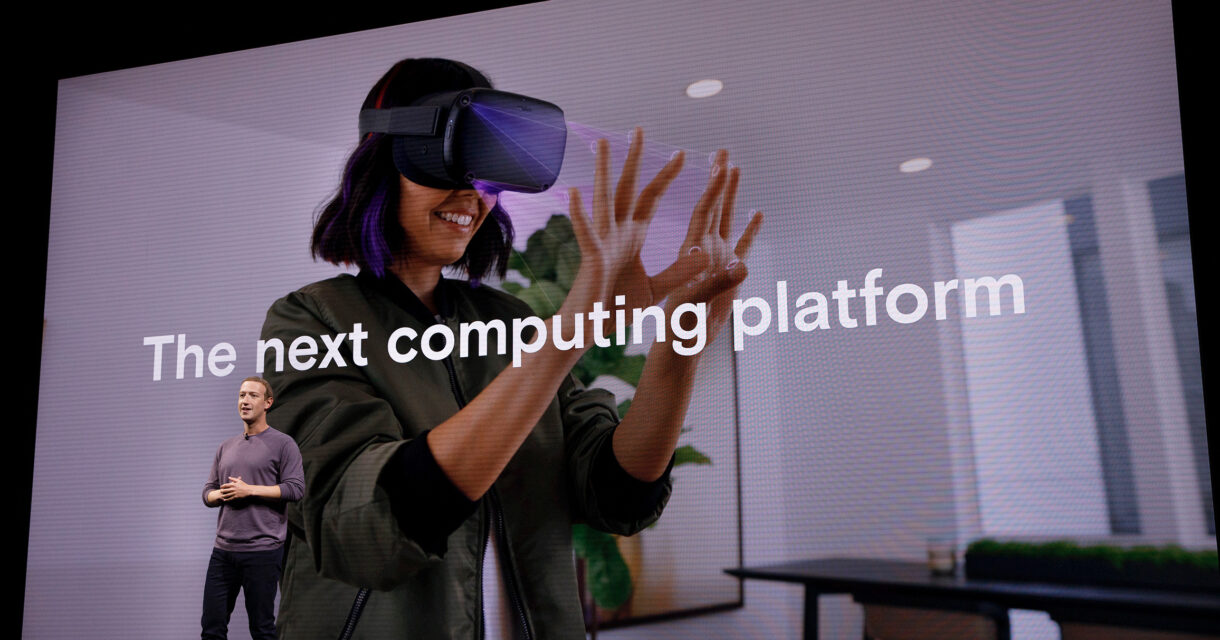 Since the invention of VR headsets, we have yet to experience the true potential that VR technology possesses. It wasn’t until Meta introduced the first commercial VR headset that the world had the opportunity to finally have a taste of what the future of VR would look like. Today, the oculus is an enormous consumer product within the gaming industry and is on track to becoming an essential part of our daily lives.

As the Metaverse is under construction, technology giants like Meta are on a mission to create the first virtual reality world that would be integrated into every part of our lives. Work, leisure, gaming, exercising, shopping, everything we do in the physical world would be transposed into the Metaverse.

Meta continues to break through the plateau of VR, AR, and MR technology by constantly innovating the latest technology to reach new heights. Meta just announced that the company is to unveil its next VR headset at the company’s Connect conference in October. The tech company’s next round of VR technology is produced to push the boundaries and solve the prototypes’ issues.

Creating a social presence through a virtual experience is what many consumers face when utilizing the VR system as a remote work tool. FGPG immerses itself in virtual reality to further investigate and share how the latest VR, MR, and AR technology presented by Meta owner Mark Zuckerberg will shape how we interact online.

In what many consider an unexpected surprise, Meta CEO Mark Zuckerberg was recently a guest on the world’s number one podcast, The Joe Rogan Experience. Where the Meta CEO covers a wide range of topics revolving around virtual reality, social media, the future of technology, and the next Meta Connect Conference. Zuckerberg began by announcing Meta’s new VR headsets, scheduled for release in October 2022. In this segment, Mark explains the latest prototype’s changes and highlights improved advanced facial and eye tracking systems, including some mixed reality elements.

Discussions regarding the future of VR were explained in depth. Meta is currently working on expanding its tracking systems to all parts of the body with just a headset. The future iterations of the VR headset would include a haptic feedback glove, allowing users to feel items and objects. Meta emphasizes that their future headsets will be integrated with additional accessories to enhance their experiences.

Future of Metaverse is VR Glasses

Meta’s CEO believes that the future of virtual interaction lies within AR and not VR. Meta believes that the newest invention will change how we interact with technology, similar to when smartphones were first introduced. AR glasses would integrate a hologram-infused physical world in which we would mix the physical and virtual worlds through the use of AR glasses. Meta has enormous plans for when its high-tech glasses will be released. Meta developers are racing to develop their first generation of AR glasses by 2024 and are already working on a lighter, more advanced design for 2026, followed by the third version in 2028.​​

Ultimately, a notable feature of the glasses will be the ability to communicate and interact with holograms of other people through the glasses, which eventually will provide people with a more immersive, powerful experience than video calling, which lacks a lot of social connectivity. Meta partnered up with Ray-Ban to deliver the camera-equipped glasses and hopes to be selling the smart glasses towards the end of this decade.

Zuckerberg also highlighted how the latest Meta tech would influence the future of work and how the metaverse can cause a considerable shift in remote work. The plans are to create a more engaging and interactive experience for the workspace. The pain points employers face with remote work are the lack of opportunities for connectivity and engagement that you might receive physically in an office. However, Zuckerberg seems to suggest that you won’t need to move to Silicon Valley to work in tech in the future. You can just be a hologram instead.

The Meta CEO believes it will open up more time by not having to relocate to work. Fortunately, remote workers are experiencing the freedom of movement that wasn’t available before, especially in the tech world. They are increasingly looking for international opportunities. Many believe that employees are mainly convinced of a fully remote environment. However, this is not entirely true. Zuckerberg mentions. “Having people be able to work remotely is pretty useful for many things, but I think we’ll need to find this mix.” Therefore, not an entirely virtual experience but a hybrid experience, will be the future of work.

FGPG has worked with various large tech brands to compile multiple projects within the VR, AR, and MR space. We pride ourselves as a full-service brand experience agency capable of curating live, virtual, and hybrid experiences. Check out our work below to learn more about the full capabilities of FGPG: Experiential Marketing Agency.