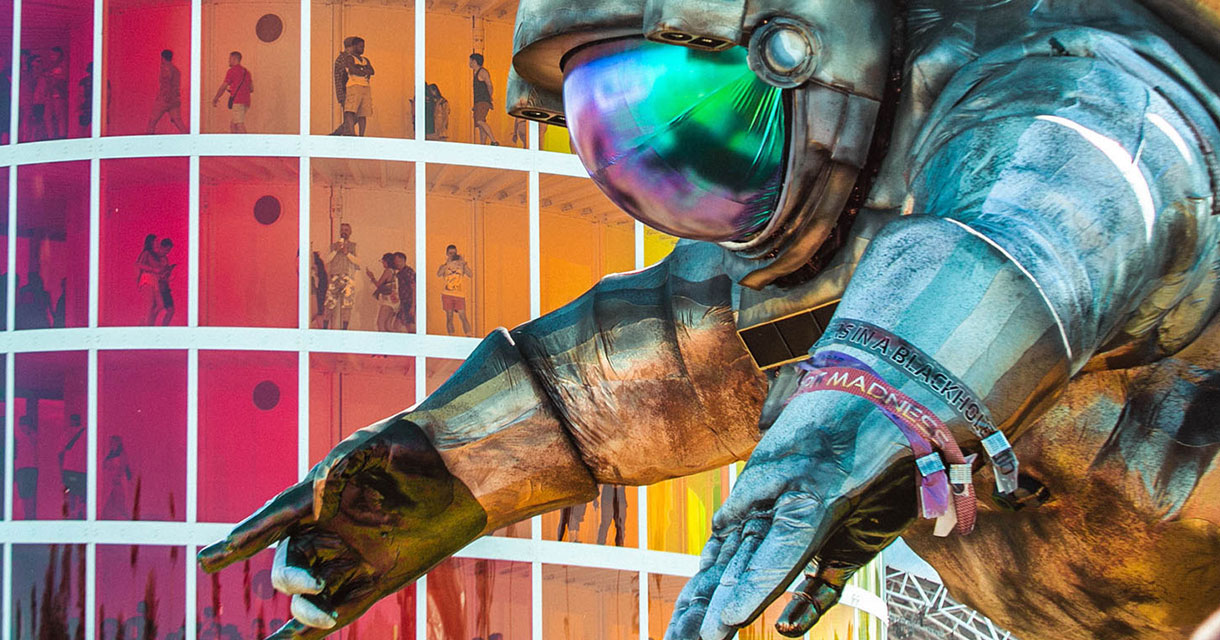 Coachella is the temporary home to some of the largest and most immersive art installations, sculptures, and interactive digital experiences anywhere. “As the scale of the site has grown, we’ve increased the scale of the art as well,” said Paul Clemente, Coachella’s art director.

The art installations and sculptures at Coachella tend towards the gargantuan for more than just aesthetic reasons. They also provide coveted shade at a festival that often sees temperatures hitting triple digits.

For their part, the artists relish the chance to see their dreams scaled up to towering proportions: “There isn’t another venue in the world that is supporting large-scale art like this. And in doing so, they also do something that is really unheard of: They give the artist 100 percent creative freedom,” gushed artist Derek Doublin.

Remarkably, artists have just 10 days to install these enormous beasts, making them a feat of not just creative flair but logistical savvy as well. Many of the art installations would be too expensive to re-assemble and serve as ephemeral bubbles of imagination that form in the desert and then disappear forever, adding to the exclusivity of seeing them in person.

Created by the art duo Dedo Vabo (Vanessa Bonet & Derek Doublin), Hazardus Interstellar Perfessional Operations is an 80′ tall rocket that sits atop an 80′ diameter launch platform and tower filled with performers dressed as hippopotamuses. The piece is a 360-degree immersive experience with 8 theatrical stages surrounding the structure along with interactive elements that allow audiences to engage with the hippos. Robotics and animatronics, multimedia elements, animations, smoke fx, mechanical gags, puppetry, mask making and lighting fx are all mashed together into one massive performance art piece, while a cast and crew of 210 people work and perform nonstop for 12 hours a day throughout the entire festival.

Local artist Sofia Enriquez designed a mural for Coachella in 2015 when she was just 22. This year she drew on her Mexican-American heritage for a series of massive, paisley-dappled sculptures that included a stepped relaxation platform. 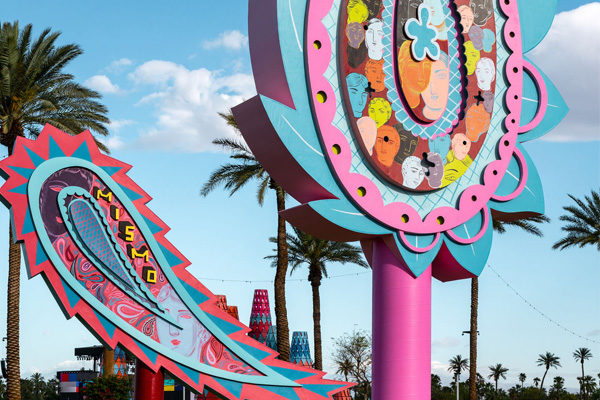 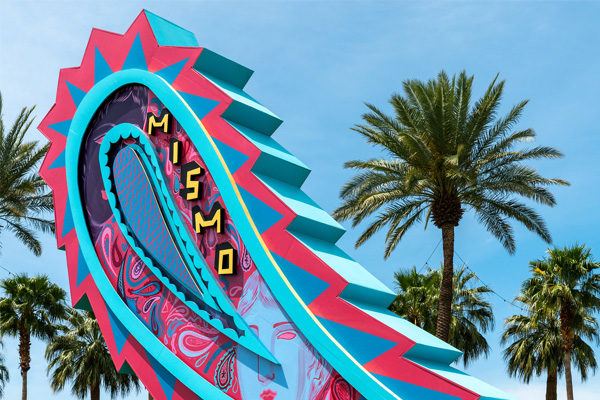 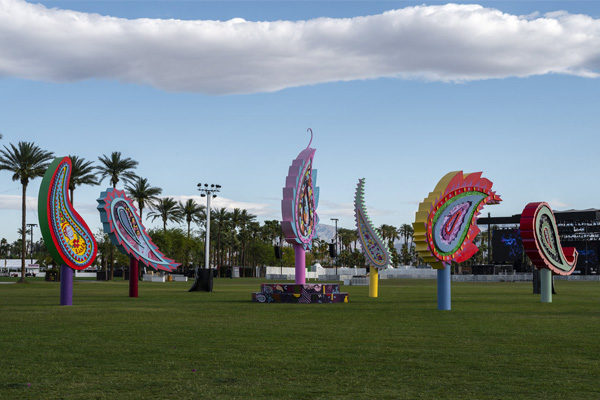 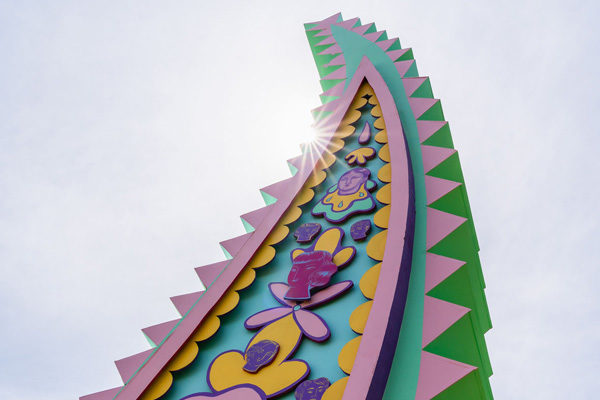 For his installation, Berlin-based Architect Francis Kéré took inspiration from the baobab trees of his native homeland, Burkina Faso. The brightly colored, conical towers were filled with light and rose 60 feet straight up.

“I want festival-goers to have a space to celebrate, to look up when inside the piece, and feel inspired by the light radiating from the sky,” explained Kéré. “Baobabs have multiple uses as food and medicine. It’s the place where you get together, celebrate, and discuss.” 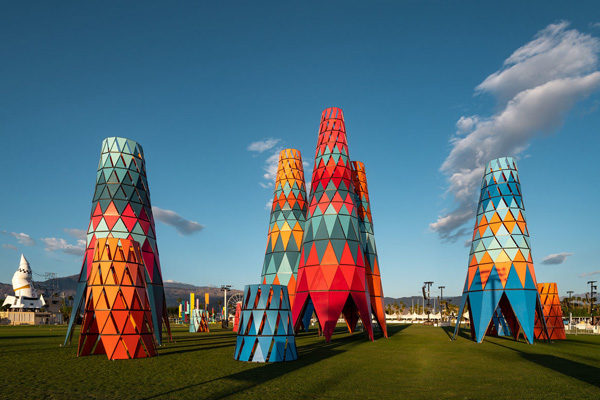 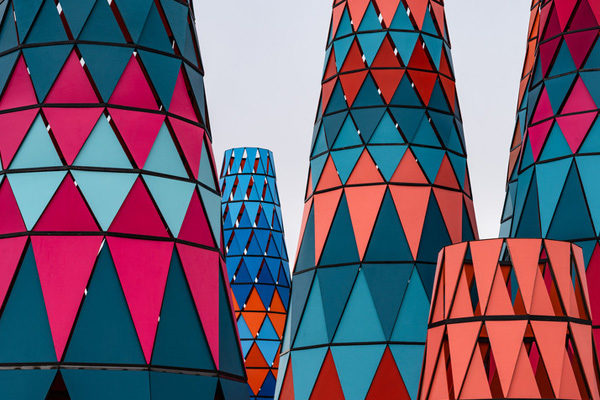 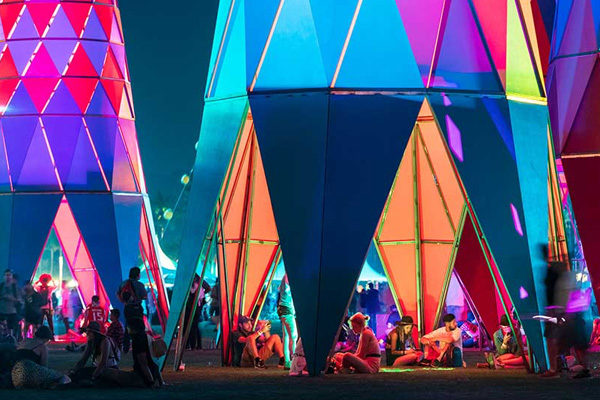 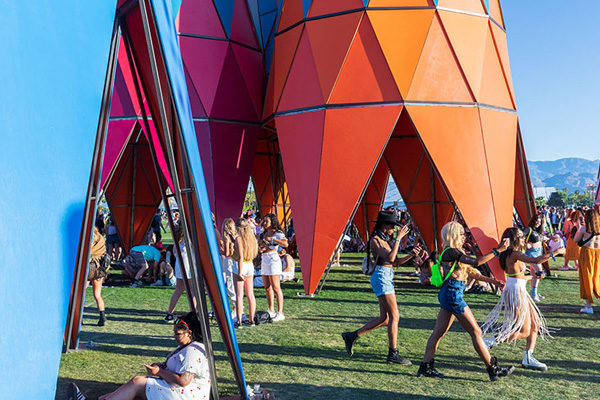 LA and Kansas City-based artist Peggy Noland is known for her handmade, DIY style that often recontextualizes common items like clothes and home goods in unique and thought-provoking ways. She and her team were given free rein to completely transform the 17,000-square-foot Sonora stage into a mixed-media installation.

“Foiled Plan,” a meditation on reflection, includes pieces of bespoke furniture and other objects that have been completely covered in holographic foil. Noland said: “I hope the bands feel a visual synergy with us and I hope it creates a spot that the festival-goers can’t wait to hang out at.” 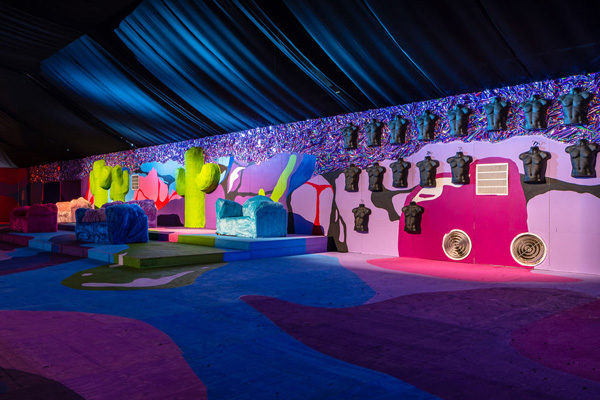 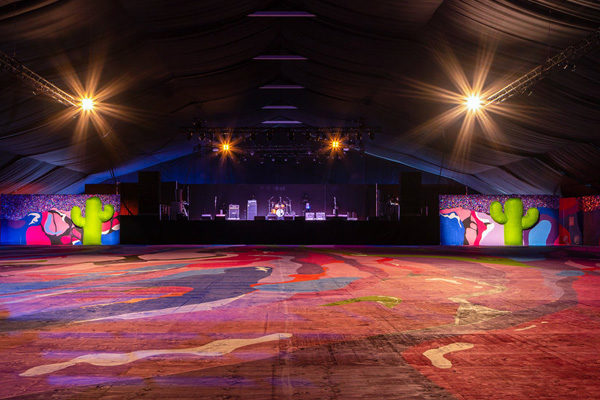 Poetic Kinetics, creators of large-scale interactive art, brought back their giant floating astronaut sculpture, which was once again a fan favorite and top Instagram destination. The spaceman stands over 70 feet tall and emits a light show at night. 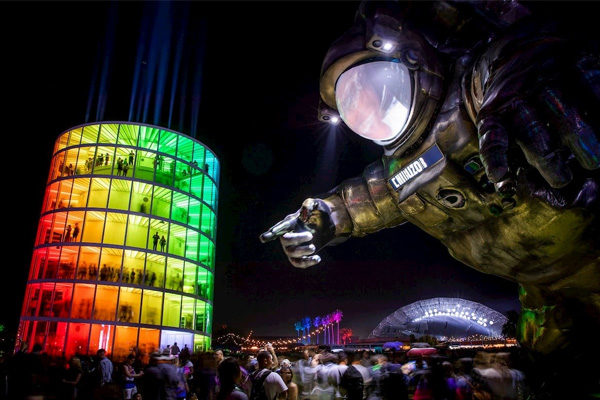 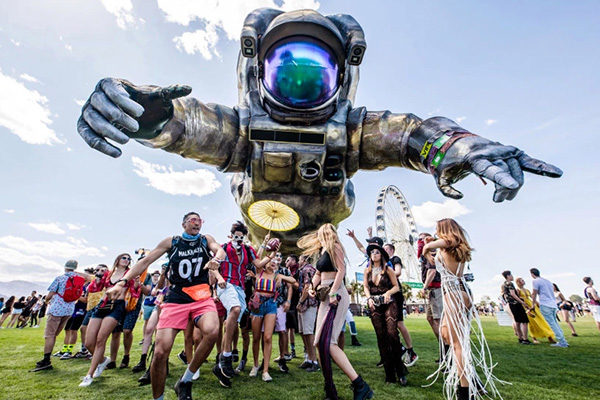 It wouldn’t be a desert without some native succulents. UCLA architecture professor and head of Office Kovacs, Andrew Kovacs, built seven multi-colored cacti that ranged from 20 to 50 feet in height and studded them in mirrored spines. 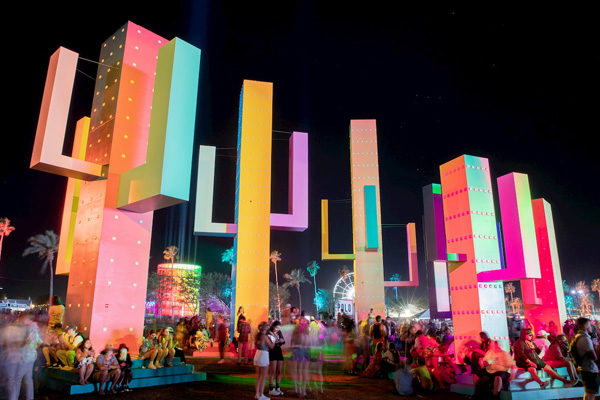 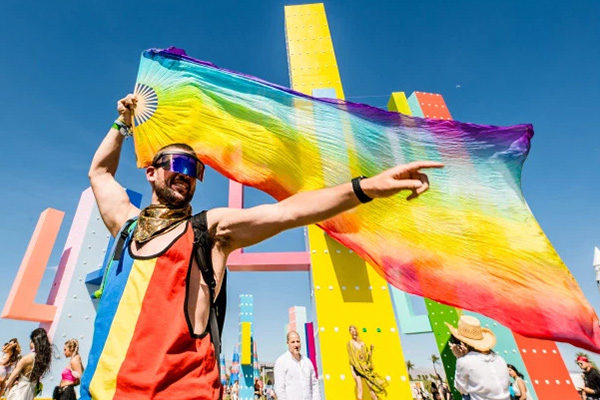 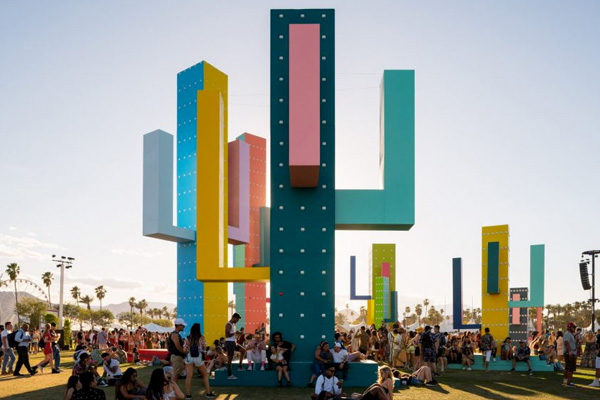 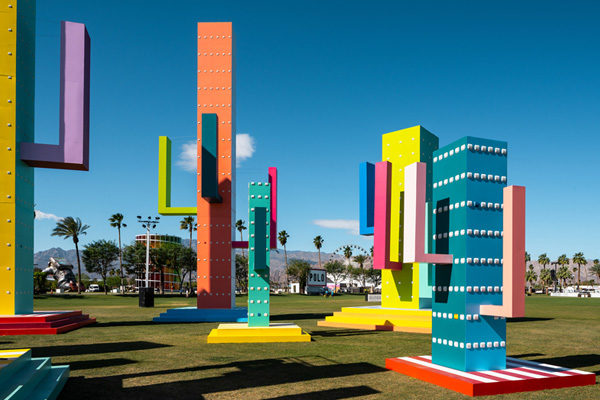 There aren’t many other places where both brands and artists are so free to express themselves creatively at such an immense scale — and if 2019 is any measure, it looks like they haven’t stopped finding ways to reach new heights.

Click here to see which brands are leading the experiential revolution at Coachella.