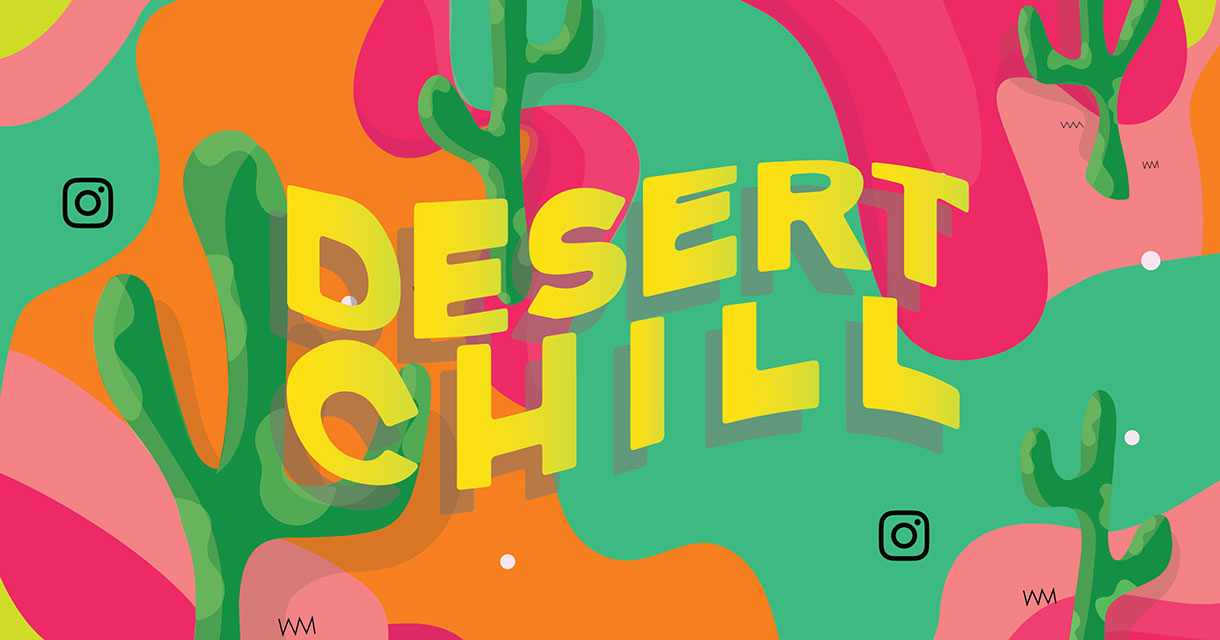 Party In The Desert

When Paul Tollett and Rick Van Santen co-founded the Coachella Valley Music and Arts Festival twenty years ago they hoped to create an event that delivered a more transformative experience than the typical concert.

They chose the Empire Polo Club in Indio, California specifically because it was slightly off the beaten path and would attract lovers of the arts and culture in search of adventure beyond their local confines.

Now Coachella is one of the most buzzworthy and profitable events on the festival calendar.

In 2018, the festival set a livestreaming record by reaching an online audience of 41 million viewers.

Beyoncé’s headlining set alone drew a crowd of 458,000 simultaneous viewers on YouTube and made such an impact that footage of her preparations and performance have been adapted into a critically acclaimed Netflix special, HΘMΣCΘMING.

Celebrating twenty years of music and art in the desert, Coachella shows no signs of slowing down.

Headliners Childish Gambino, Tame Impala, and Ariana Grande delivered exceptional performances but the music wasn’t the only attraction that drew crowds. Some of our favorite brands were out in full force engaging fans with an evergrowing number of tents, lounges, interactive activations, art installations, and offsite parties.

Coachella’s founders were initially reluctant to accept partnerships with major brands, fearing it would show a lack of respect for the artists and the audience. The primary stages and tents are still unavailable for official sponsorships but over the years branded activations that align with the festival’s ethos have become a highly anticipated mainstay.

No one has been doing it better and for longer than Heineken. They’ve been a major festival sponsor for 18 years and began rocking their beloved Heineken House in 2014. Typically they’ve gone for an enclosed nightclub vibe, but this year they changed things up by stripping away the walls to create an open and inviting retro beer garden that played host to notable performances by The Roots and De La Soul. 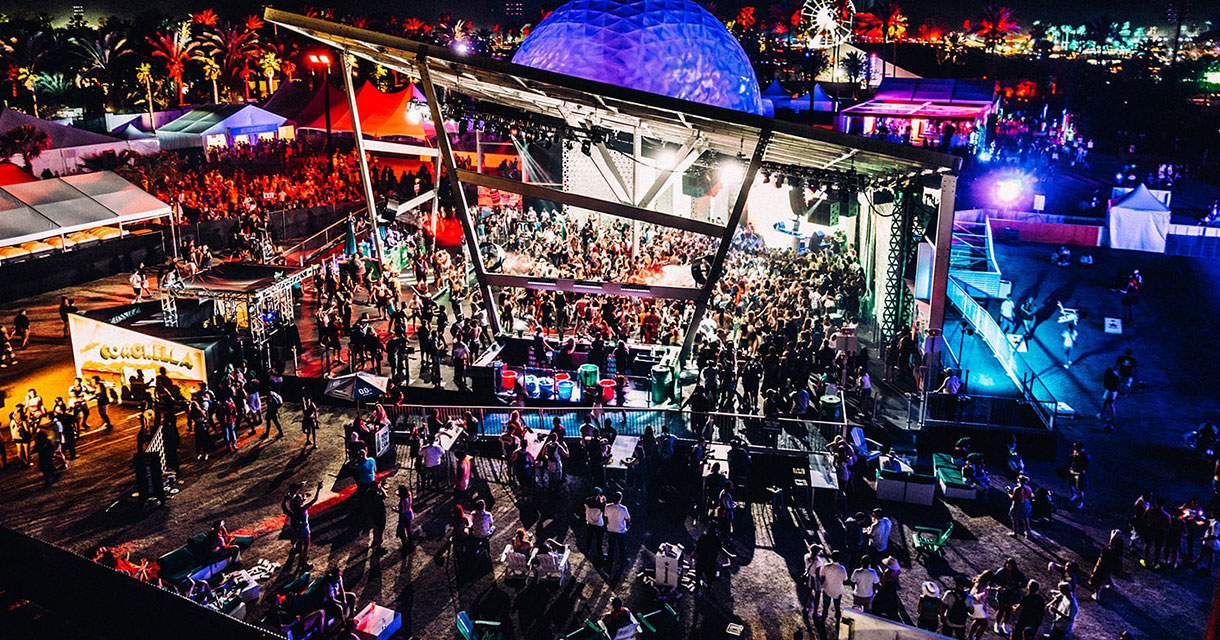 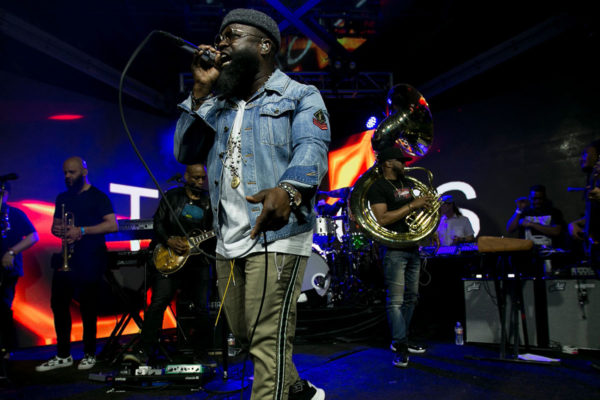 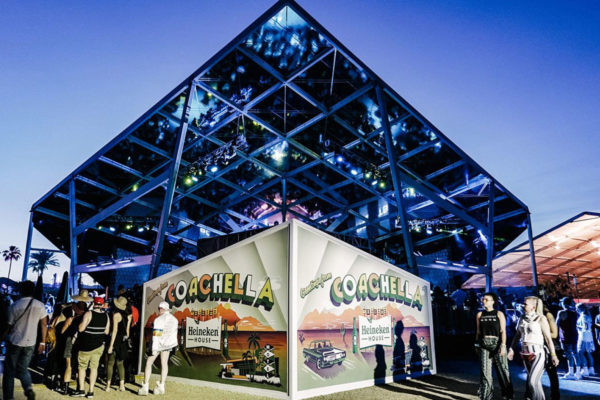 Coachella is well known for indulging in trippy flights of fancy and HP took advantage of that opportunity to wow attendees at their Deamland themed lounge.

The Lucid Dreaming experience, created in collaboration with ARTECHOUSE, used projection mapping and motion-sensing cameras to translate body movements into fluid, digital art pieces that were saved as looping Boomerang mini videos and emailed to guests.

The official technology partner of Coachella also brought back its Antarctic Dome, a 360-degree immersive theater installation. At a mere 11,000 sq ft, it is the largest temporary geodesic projection dome in the world. Australian alternative dance group Rufus du Sol provided the tunes and the inspiration for the show with their track Underwater, and provided festival-goers a much-needed respite from the hot sun, large crowds, and blaring sound systems. 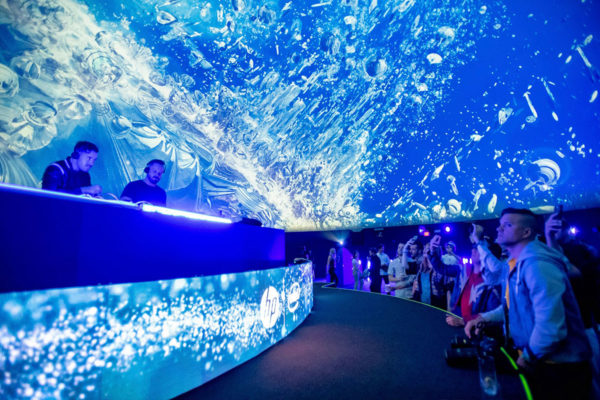 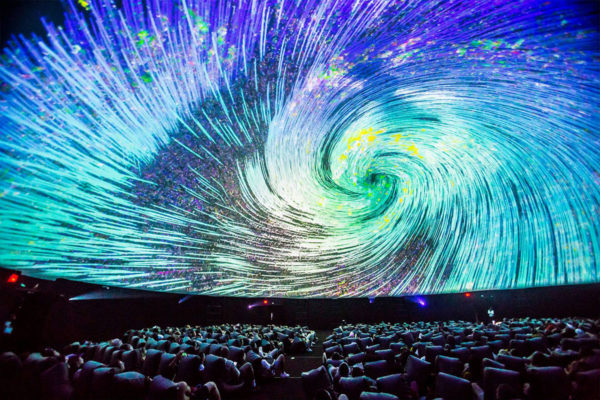 Not every brand chooses to set up a space on the festival grounds. Many opt to host an event nearby. YSL Beauty, the cosmetic line by fashion designer Yves Saint Laurent, built a quirky pop-up in Cathedral City that mimicked a vintage gas station.

Instead of filling up their tanks, visitors loaded up on beauty products recommended by brand ambassadors like Kaia Gerber and tested out their looks on augmented reality mirrors. 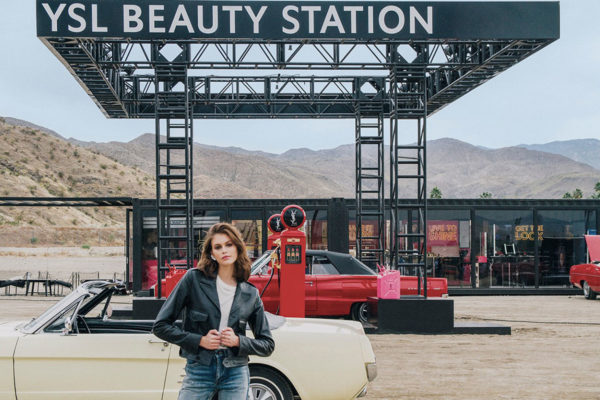 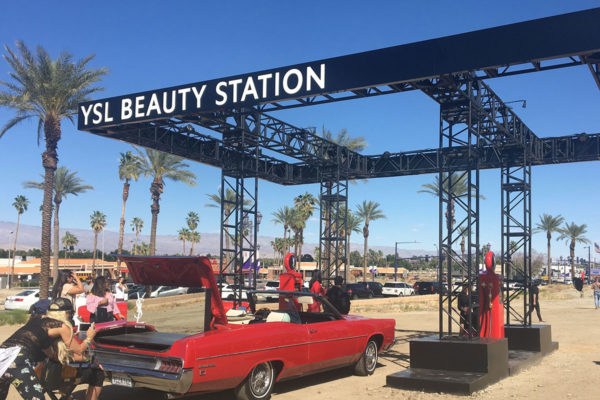 In addition to hosting a star-studded BBQ at the Adidas Sport Club in Villa Zenyara Palm Springs where celeb chef Eddie Huang manned the grill alongside Von Miller of the NFL and rapper Pusha T, Adidas also ran one of the most talked-about promotional events at the festival.

Headliner Donald Glover, better known as Childish Gambino, used iOS’ AirDrop feature to send random fans a photo of his new Donald Glover x Adidas Nizza kicks. If the lucky recipient accepted the message they were entitled to a free pair. Glover also created a series of digital shorts for the release of his Adidas Collab. 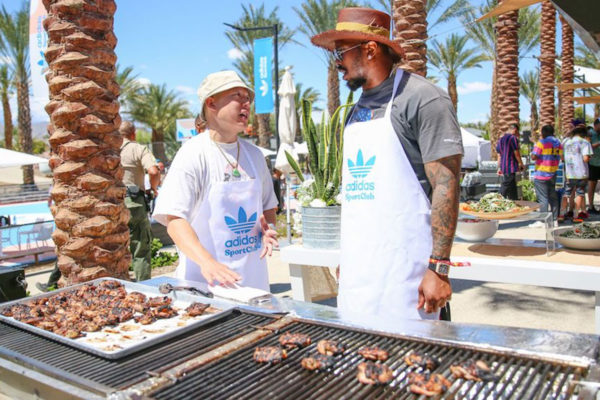 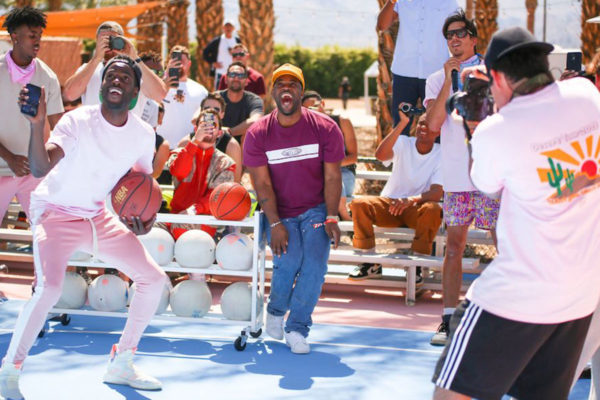 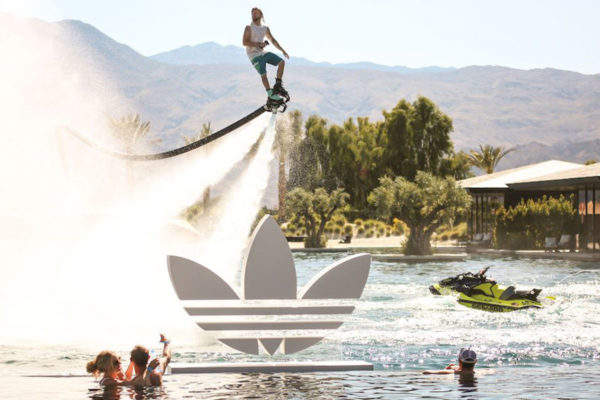 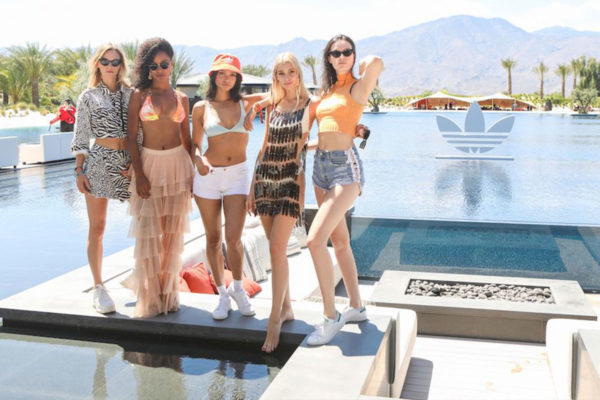 Coachella was a busy couple of weekends for Glover. In addition to headlining, promoting for Adidas, and premiering his new film with Rihanna, Guava Island, he also helped Google show off the new Night Sight feature on the Pixel 3 smartphone.

The Brighter in the Dark event combined music, art, and the latest tech to let users engage in a dance-off with the official Childish Gambino Playmoji that is viewable even in the dark of night thanks to Google’s new night vision feature.

Social media influencers are a common sight at Coachella. Pretty much every major brand hosting an offsite party or sponsoring an onsite event enlists its ambassadors to spread awareness across social channels. 2019, however, marks the first time an entirely digital influencer joined their ranks.

There’s a natural connection between American denim and music. Think Bruce Springsteen on the cover of “Born to Run.” “I always say that we didn’t choose music, it chose us, because all of the artists who are original and authentic voices, they all choose to wear Levi’s on stage and they have for decades,” said Jen Sey, Levi’s Chief Marketing Officer. 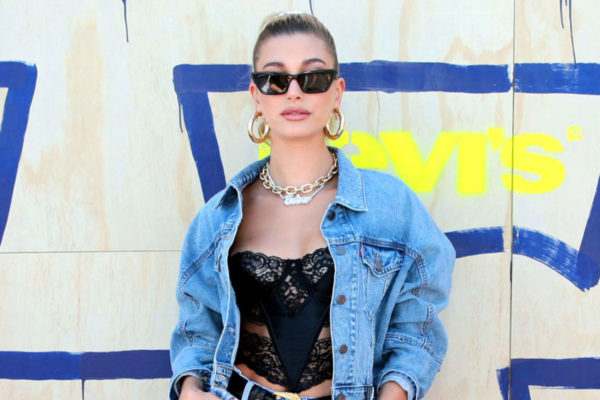 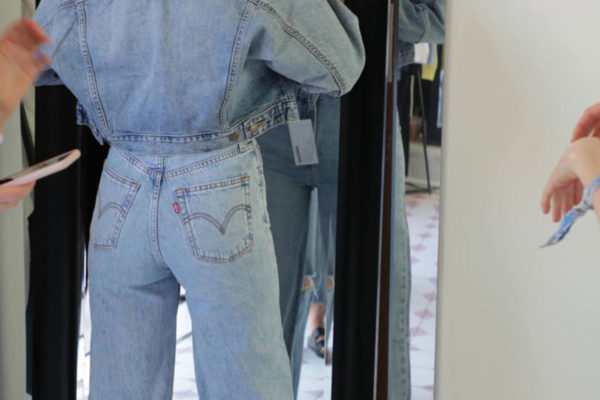 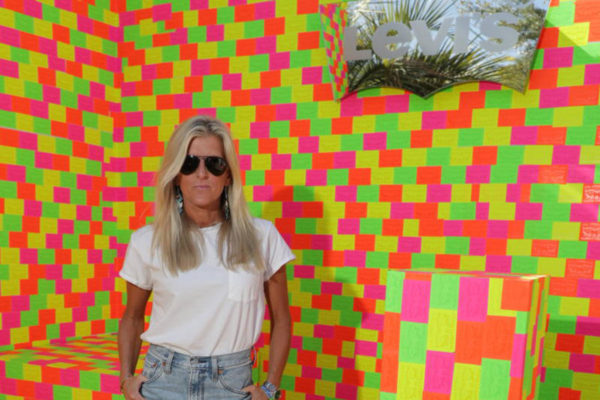 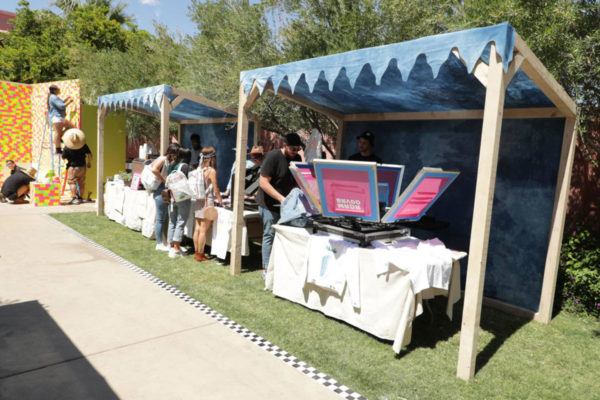 Remarkably, one of the most instagrammable events on the social calendar made it’s Coachella debut this year. The Instagram Desert Chill held at Pond Estate, 26 miles from the polo club featured an appropriately groovy neon gradient design curated by artist D’ana Nunez of COVL, and attracted hordes of snap-happy Instagrammers who also lined up to blend scented oils and create custom fragrances. 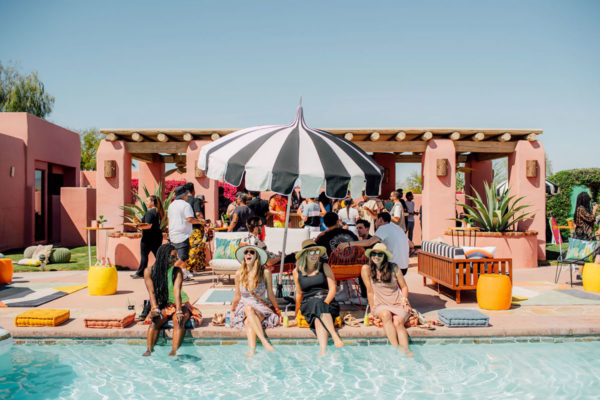 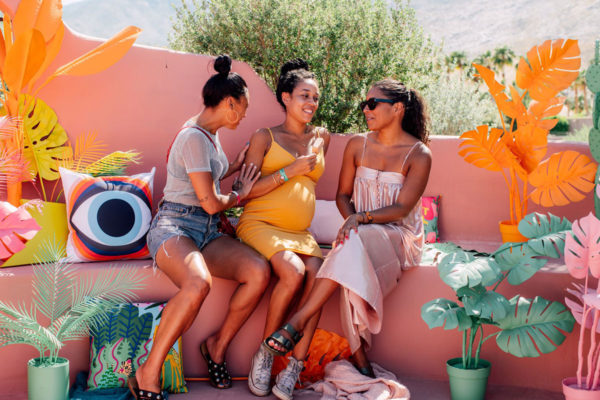 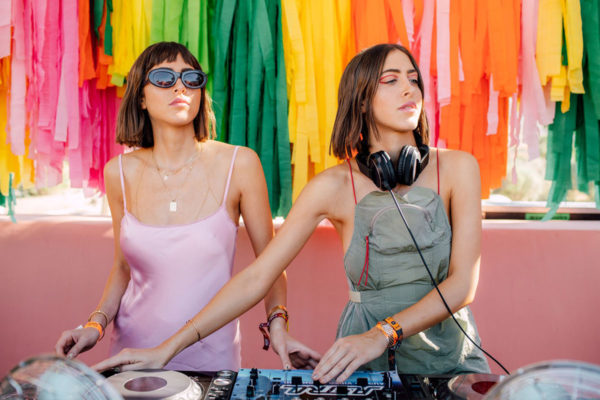 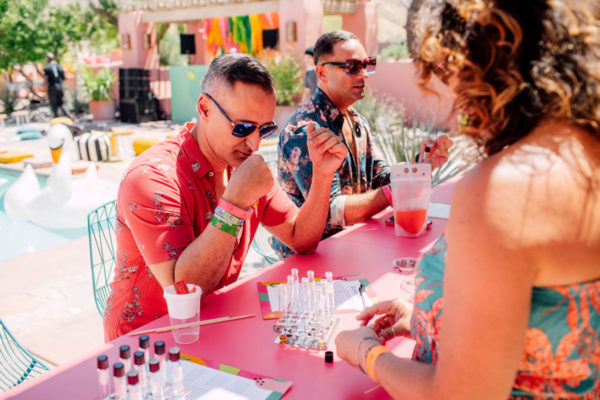 Free Spirit, the sophomore release from rising hip hop star Khalid, dropped at the start of April and BMW helped spread the word, bringing the album to life through multiple activations as part of their #RoadtoCoachella campaign. Wrapping a fleet of its i8 and i3 cars with original artwork inspired by the album, BMW selected a group of influencers to pilot these unique vehicles and document their journey. They tied it all together with #RoadToCoachella Palm Springs Pitstop an immersive experience that provided fans a special opportunity to connect with Khalid. 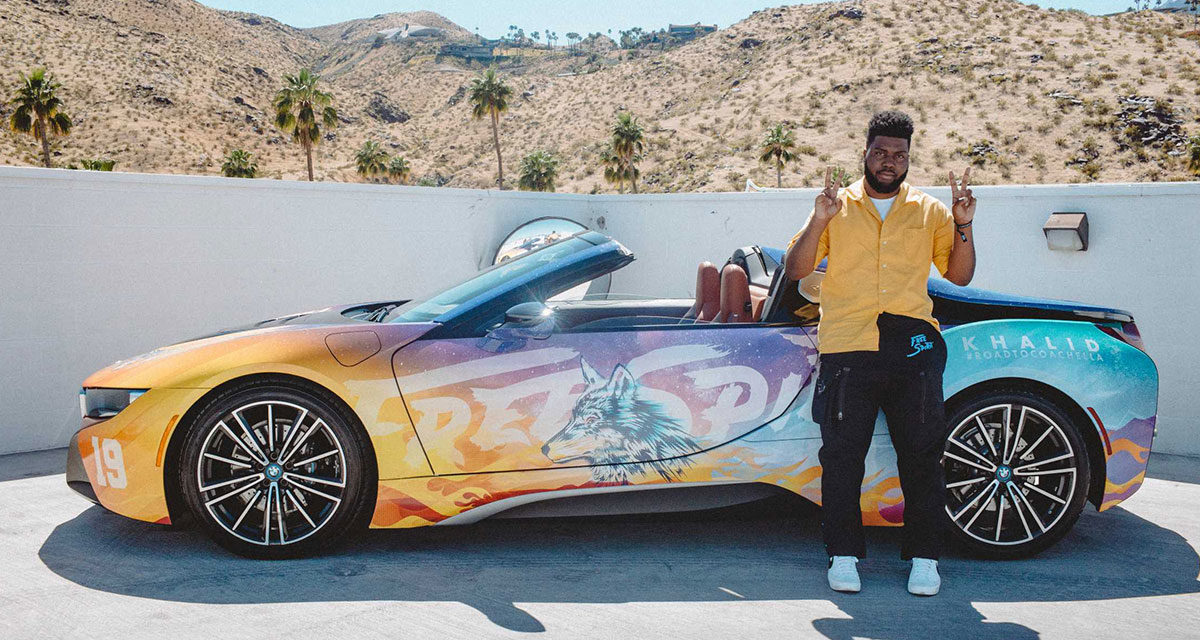 “Absolut has longstanding ties to and passion for sustainability. We’re a CO2 neutral distillery. And it’s a brand that’s always stood for people,” explained Kim Haney, senior manager-experiential at Absolut. It was in that spirit that Absolut Vodka designed its experiential activation for Coachella, which was meant to be an oasis for “Product, Planet, and People” and tie into their new environmentalism-centered “Planet Earth’s Favorite Vodka” campaign.

In keeping with their brand values, no disposable napkins or straws were used at their pop-up party, all cups were recyclable, and carbon offsets were purchased to make up for the energy used on air conditioning. They also partnered with Global Inheritance, a nonprofit that prides itself on the use of creativity to tackle global issues, on a program that transformed recycling bins into pieces of functional artwork all over the festival grounds. 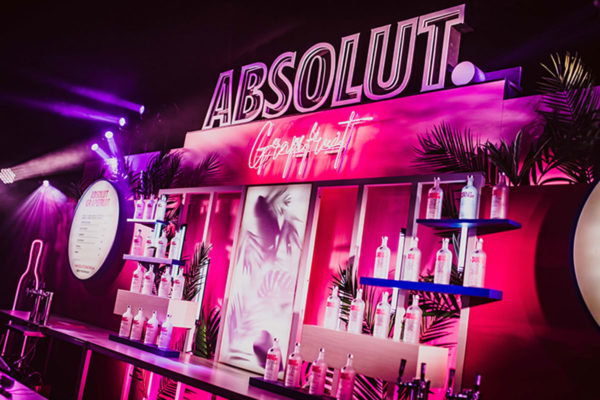 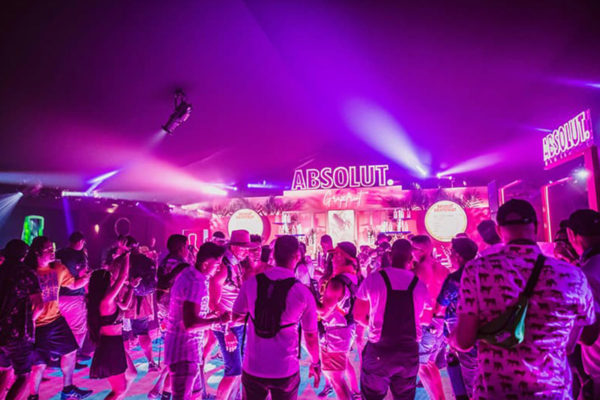 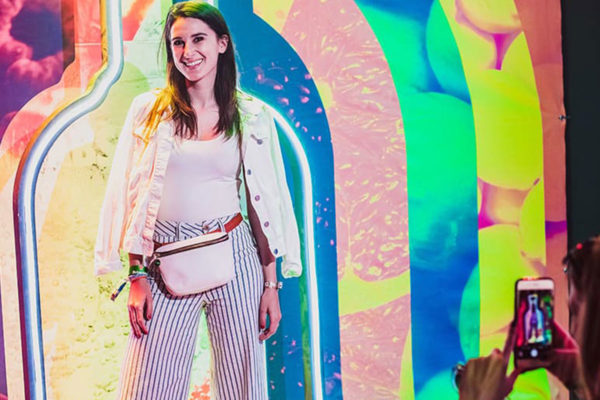 Too Hot To Stop

There aren’t many other places where both brands and artists are so free to express themselves creatively at such an immense scale — and if 2019 is any measure, it looks like they haven’t stopped finding ways to reach new heights.

After over twenty years of culture, music, art, and wild parties in the desert, Coachella is still going strong. 2019 saw some of the most original and technologically advanced projects and performances yet.

And because Coachella has been inviting spectators to camp on the festival grounds since 2003, it’s also one of the few places where people can temporarily live among these extraordinary and mind-bending creations. Seeing a 70-foot-tall, floating astronaut is memorable. Having one as your neighbor for the weekend is unforgettable.