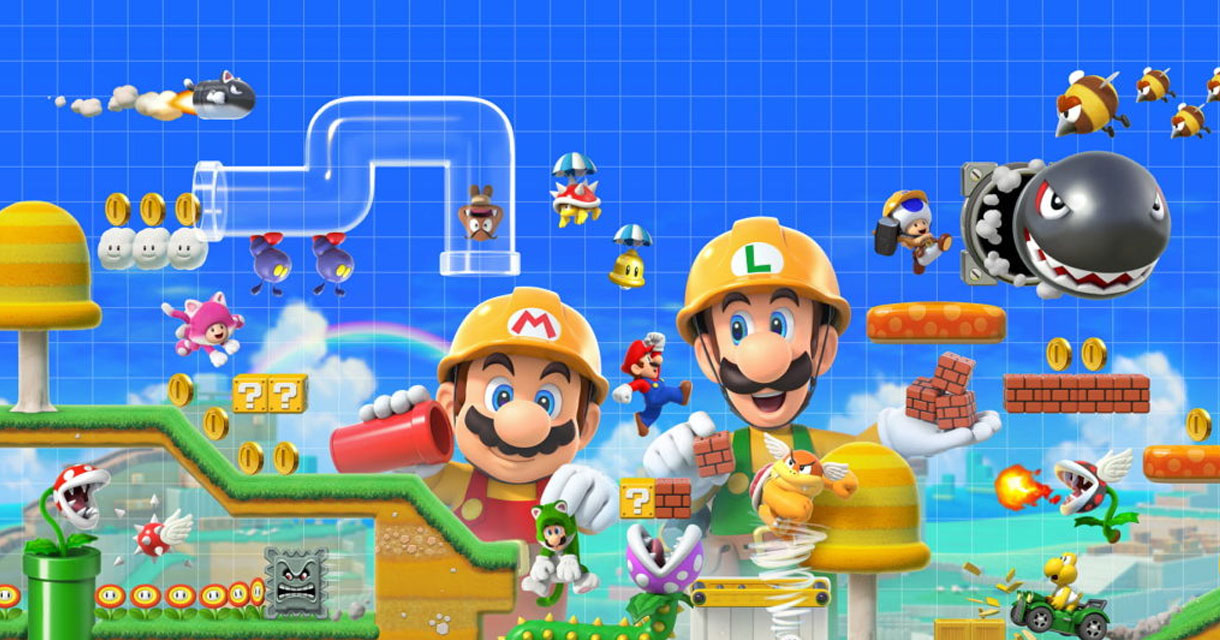 For a long time, video games had to fight for attention as just one of the industries represented at other major trade shows. A few gaming related products still launch at the Consumer Electronics Show (CES) every year, but since its inaugural event in 1995, E3, the Electronic Entertainment Expo, has become the premier venue for hardware manufacturers, game developers, and publishing companies to make their biggest announcements.

Since then, Gamescom in Germany and the Tokyo Game Show have also emerged and become highly influential in their own right, but E3 remains the event that draws the most international attention.

The 25th annual expo starts on June 11 and runs through the 13th at the L.A. Convention Center. Developers and publishers keep their big reveals under lock and key until the event, so much is still unknown about what to expect, but the rumor mill is hinting at a few big announcements. Here’s what to look for and what we’re excited to see at E3 2019:

Bigger Than The Convention Center

Perhaps the biggest news coming ahead of E3 is the number of brands that have opted to create their own experiences outside the convention center. For the first time in the history of the expo, Sony will not be attending. Instead, the company opted to hold an event back in February called Destination Playstation where it dropped its major announcements for the upcoming year (like the mysterious Death Stranding) without sharing the spotlight with rivals Microsoft and Nintendo.

Developer Electronic Arts (EA) is also not going to be showcasing its upcoming titles like the 20th iteration of Madden Football or the hotly anticipated Star Wars Jedi: Fallen Order on the expo floor. Rather, they are taking over the Hollywood Palladium on Sunset Boulevard for EA Play on June 8 and 9. In lieu of press conferences and trailer presentations, the event will feature mostly live-streamed gameplay.

Also on June 9th, Japanese game developer Square Enix is presenting Final Fantasy VII: A Symphonic Reunion, a concert at the Dolby Theater where 100 musicians will play the score from one of the most beloved role-playing games of all time — which, uncoincidentally, has a remastered version set to be released.

Epic Games, maker of Fortnite, the free to play battle royale title that took the world by storm, ruled the conventional hall last year and will be going even bigger in 2019. But the fun won’t stop when the last booth is powered down. On June 15 and 16, they will commandeer The Forum in Inglewood for the Fortnite Summer Block Party and the second annual Fortnite Celebrity Pro-Am. Streaming sensation Ninja and NFL star Marshawn Lynch are early favorites to win the $3m charity prize pool.

Are You Not Entertained?

For its biggest presentations, Activision, maker of the Call of Duty series of first-person shooters, has chosen the E3 Coliseum, a series of panel discussions led by gaming journalist Geoff Keighley that will be held at L.A. Live, the entertainment complex adjacent to the convention center.

Netflix is also hosting a panel at the E3 Coliseum to discuss an upcoming foray into gaming, as are a team of writers and producers from “The Simpsons,” and legendary game designer Tim Schafer and actor Jack Black (who are collaborating on a sequel to the cult classic Psychonauts). Black will also be on hand for a live taping of his hit YouTube series Jablinski Games.

Microsoft will have a substantial presence both in and outside the convention center. In addition to over 100 gameplay stations at their booth, Microsoft’s marquee gaming brand will also be hard to miss at L.A. Live where they recently renamed the 40,000 square foot gathering spot in front of the venue from Microsoft Square to Xbox Plaza. With over 20,00 square feet of LED signage and a 22’ x 40’ digital billboard, the entire area will no doubt be swathed in their signature green branding. 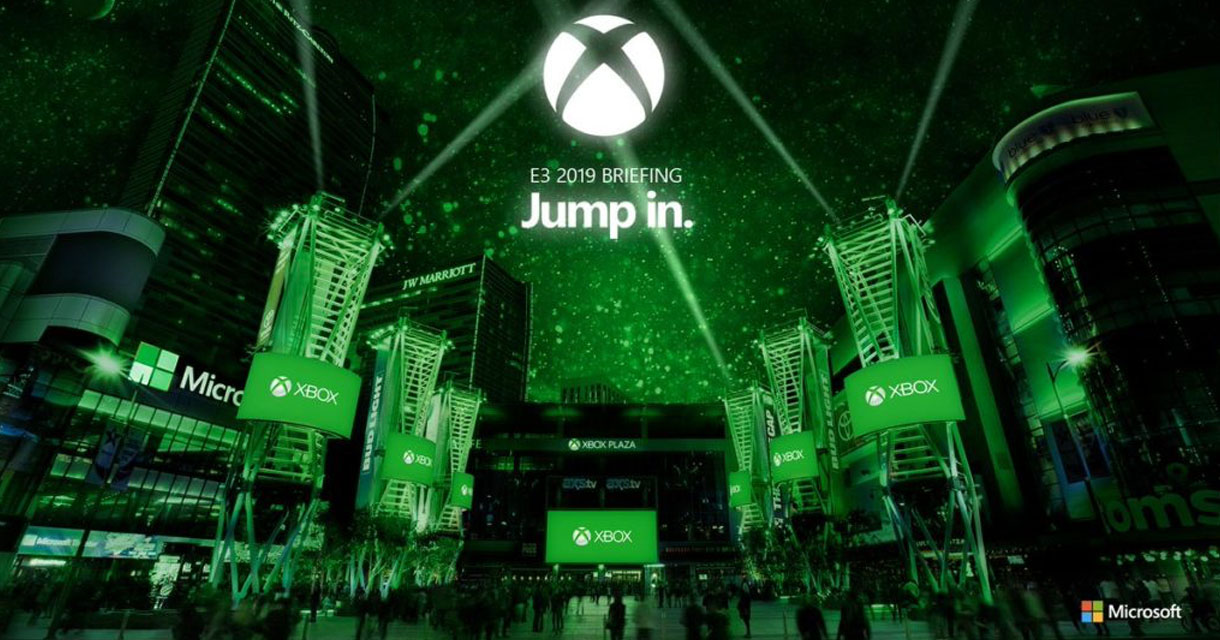 Microsoft is clearly seeing Sony’s nonattendance as an opportunity for them to steal some of the limelight for themselves. Xbox lead, Phil Spencer, has said the company plans to “go big” at E3, potentially offering a glimpse of the long-rumored xCloud, a gaming streaming service that might go head to head with Google’s Stadia, a similar cloud-based gaming platform which Google unwrapped just days ago.

A dedicated Xbox Events app for mobile devices will go live for E3, providing a centralized source of all information about Microsoft’s activity at the expo. Push notifications will inform users of press conference schedules and locations, and the app will deliver official news, trailers, and livestreams.

In the lead up to E3, Nintendo is holding several Esports tournaments, including the Super Mario Maker 2 Invitational 2019 and the Super Smash Bros. Ultimate World Championship 2019 3v3 tournament on June 8th. At the convention itself, they will be airing a pre-recorded Nintendo Direct presentation (9 AM PT / 12 PM ET on June 11th), and throughout the week its annual Treehouse livestream will be available for fans, reporters, and retailers to check out upcoming titles being played live at Nintendo’s booth on the show floor. 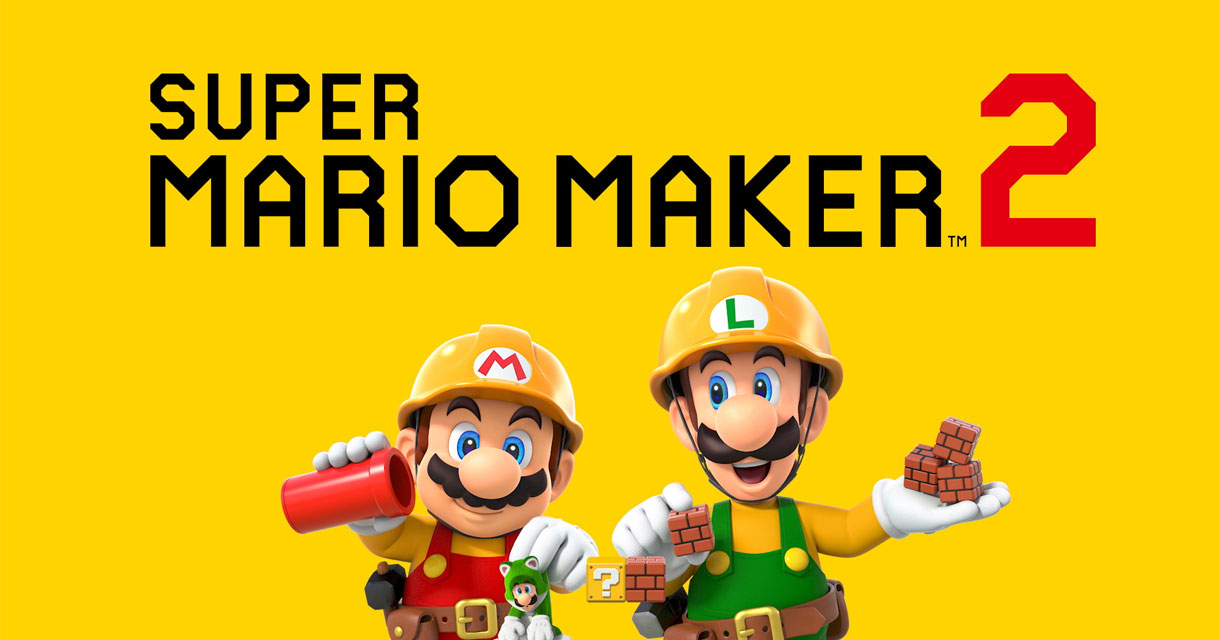 On the VR front, Oculus’ latest products the Quest and Rift S will be on hand for in-person demos, as likely will the newly announced Steam Index from Valve.

Another development resulting from Sony’s absence is that a huge and desirable piece of expo real estate in the West Hall of the convention center has opened up. Much of that area was quickly snapped up by a number of smaller developers, but the largest space will be occupied by the Unreal Garden @ E3, a mixed reality, interactive pop-up experience, “…sprinkled with interactive projections and augmented reality flora & fauna that bring this trippy experience to life.”

“E3 provides unparalleled interactive experiences to our attendees,” said Dan Hewitt, Vice President of Communications for the Entertainment Software Association, the trade association that manages the event. “The Unreal Garden @ E3 provides a world-class opportunity for E3 attendees to explore the intersection of technology and human experience.”

E3 has always been a special event where gaming insiders enjoy a taste of what’s to come and immerse themselves in incredible scenic production that brings their favorite games to life. And why not! Every gamer, young and old gets a kick out of taking a photo next to towering representations of iconic gaming characters.

Today, however, the show has gone decidedly high tech. HD digital signage, AR/VR experiences, and livestreaming are all becoming standard booth features. But companies appearing at the show should always consider first how these tools can help serve their overarching goals. The wow factor can wear off pretty quickly if there isn’t a strategy and a story that underpins it.

Big brands roll out their shiniest toys for E3 2019. The question is, who are we still going to be talking about long after the show is over? 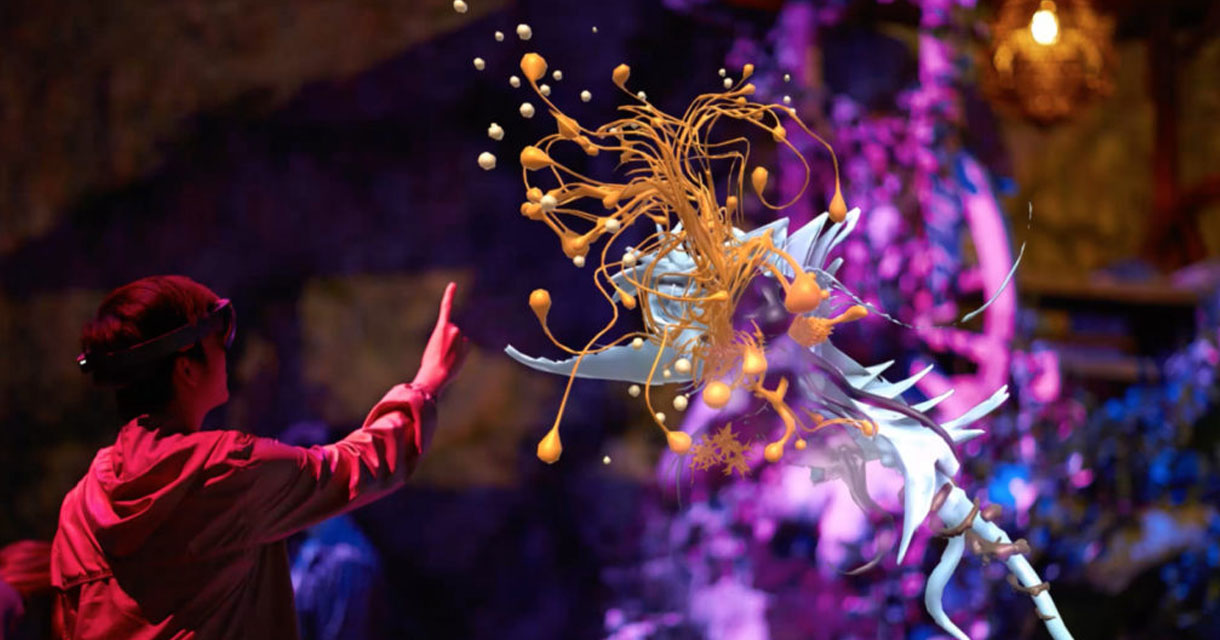