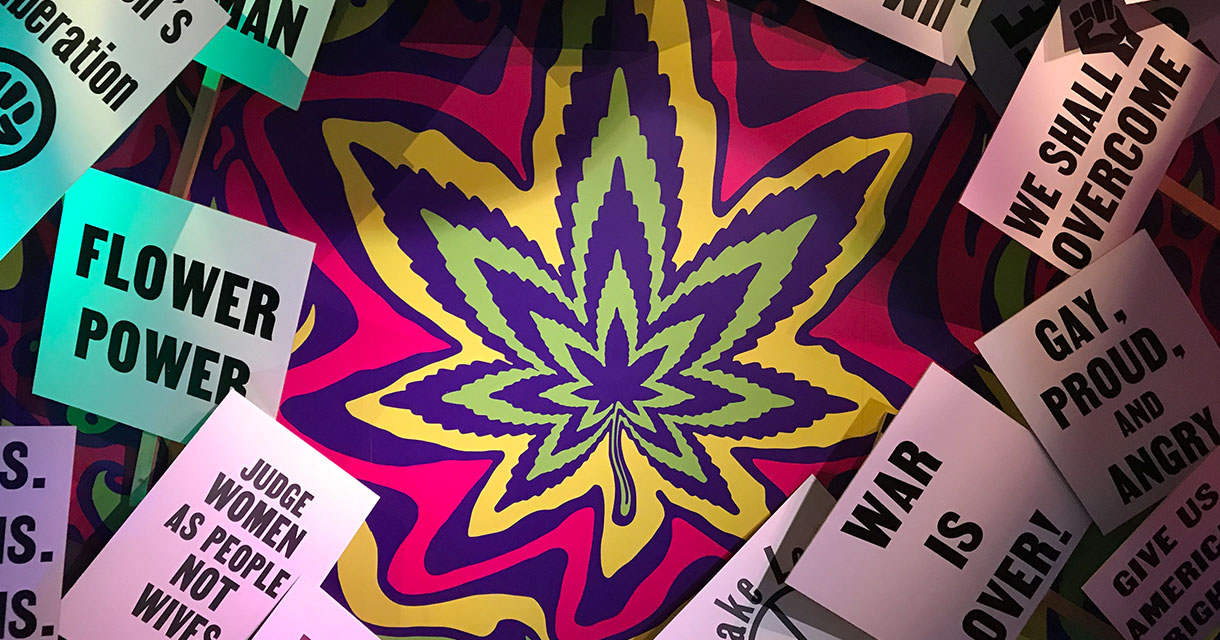 Headlines proclaimed the good news and bars overflowed with eager patrons as the “Noble Experiment” came to a close.

When the United States repealed prohibition in 1933, permitting citizens of drinking age to once again imbibe their alcoholic quaff of choice, celebrations erupted across the country. Headlines proclaimed the good news and bars overflowed with eager patrons as the “Noble Experiment” came to a close.

In the 21st century, another experiment in prohibition is also seemingly coming to a close. One by one, states are decriminalizing cannabis products, including hemp and marijuana, and enacting new laws to regulate their safe and legal use by adults.

There are currently 11 states (plus Washington D.C.) where marijuana is legal for recreational use. Medical use is permitted in an additional 22 states. Unlike in the repeal of alcohol’s prohibition, the reaction has been less of an eruption and more of a slow burn.

Federally, marijuana is still a Schedule I drug, and cannabis-based businesses are hence unable to protect their revenues in federally insured bank accounts. Furthermore, restrictions on marketing their products and services can be onerous and are widely inconsistent across states.

Yet, change is in the air and excitement about the development of what looks to be a massive and dynamic industry continues to grow. Legal, recreational marijuana sales are projected to top $7 billion this year. By one analysis, Americans will be spending more annually on cannabis products than they do on their pets, or around $75 billion before the next decade is out. 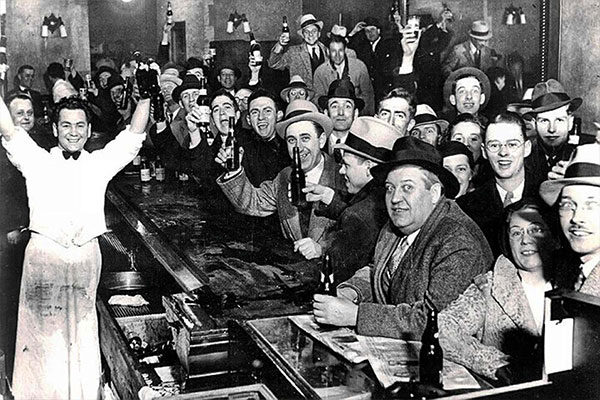 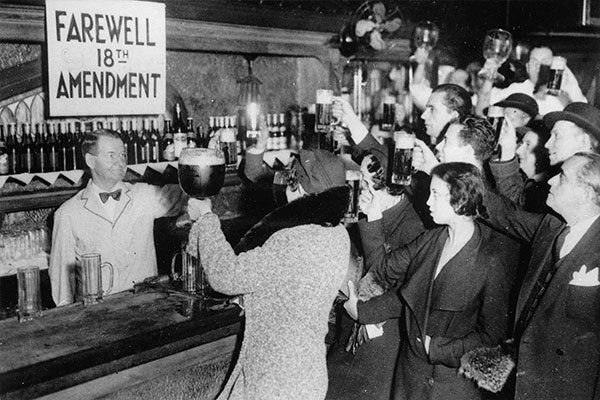 To commemorate the seachange taking place (and to promote the growth of the industry), Weedmaps, an online review platform known as “Yelp for weed,” opened a massive 30,000 square-foot Museum of Weed in L.A. in early August.

The Weedmaps Museum Experience from FG|PG on Vimeo.

The exhibit, which runs through September 29, is an educational experience, an Instagram photo-op, and an advocacy project.

Weedmaps CEO Chris Beals told Fast Company that in addition to helping customers find safe, high-quality marijuana products, “Weedmaps also has a central mission to advance cannabis legalization and ensure that those most disproportionately affected by the War on Drugs have an opportunity in the legal market.”

For $35, visitors gain access to a hands-on, immersive trip through the history of marijuana. Nearly 100 years of anti-marijuana propaganda has been put on display, along with a number of cultural artifacts, like an early American flag made from hemp. Biographies of noted growers, artists, and activists tell the story of marijuana’s impact on American culture and the struggle to overturn outdated and erroneous assumptions about its safety.

Sciencey types can pore over a data visualization of the endocannabinoid system (the natural pathway in our bodies that interact with the compounds in cannabis), sample common marijuana scents at an interactive terpene display, or learn about the latest extraction techniques for producing high-tech concentrates.

Legendary marijuana activist Keith Stroup, whose work for NORML (National Organization for the Reform of Marijuana Laws) is recorded in the museum, was among the first visitors, and he was thrilled with what Weedmaps has accomplished:

“In terms of the legalization movement, there is nothing that comes close to this,” said Stroup. “I wish everyone in America could have the chance to see this. I lived through all that history. They did a wonderful job. It’s a recognition that our culture has been important and worth preserving.” 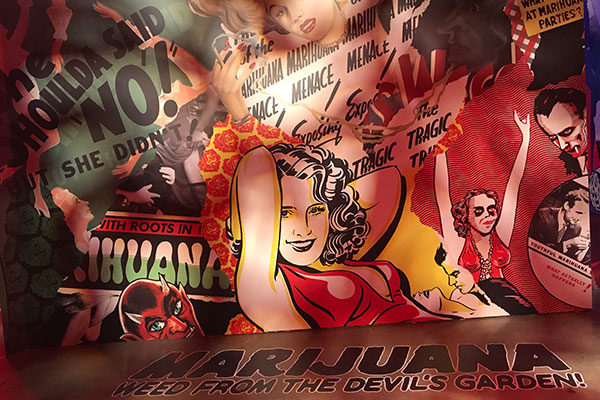 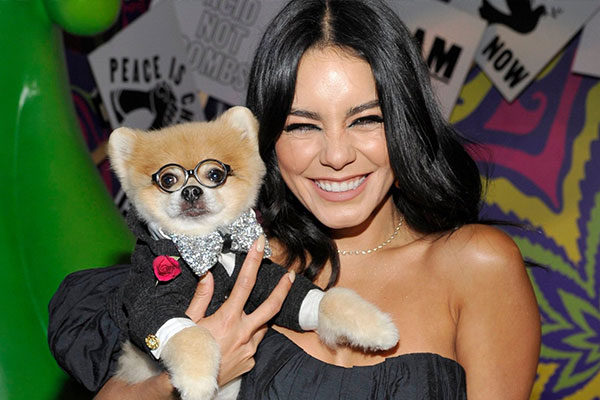 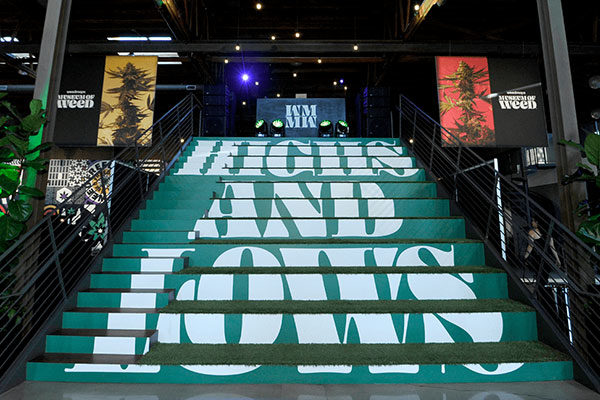 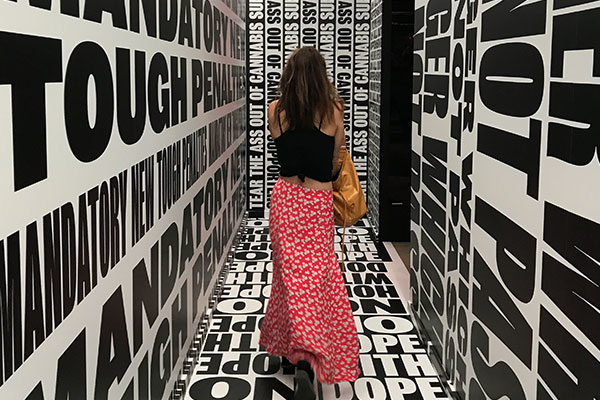 Cannabis Comes Out of the Shadows

Colorado and Washington state led the way for recreational marijuana in 2012, but California, which legalized adult-use in 2016, represents the largest market and is ground zero for the normalization of a once highly stigmatized practice. For example, California is the only state that permits on-site cannabis sales and consumption at temporary events.

That particular law found its largest application just recently at the Outside Lands Music and Arts Festival (OSL) in San Francisco’s Golden Gate Park. The 12th annual event, held on the weekend of August 9, was the site of the biggest ever outdoor, pop-up pot shop, and the reaction was overwhelmingly positive.

“It went very well. It was the chillest place in the park. In fact, it ended up being one of the safest places in all of OSL.”

Several acres of a tree-shaded meadow were fenced off and branded the ‘Grasslands.’ Somewhat removed from the main stages where acts like Childish Gambino and blink-182 were entertaining the 200,000 person mega-festival, the Grasslands was a quieter, less crowded, and less intense hangout spot.

“It went very well. It was the chillest place in the park on Friday, Saturday, and Sunday,” claimed a city official. “In fact, it ended up being one of the safest places in all of OSL.”

There were no requests for police aid or medical transport, and attendees wandered happily through the enclosure checking out more than a dozen booths from cannabrands like PAX, which was offering personalized laser-etched versions of its vape pens for $25.

No alcohol was permitted inside, but Hi-Fi Hops, a low-dose, cannabis-infused sparkling water product from Lagunitas was available, as were Kiva Terra bites, a microdose edible, and pre-rolled joints from in-demand dispensary brands like Cookies. 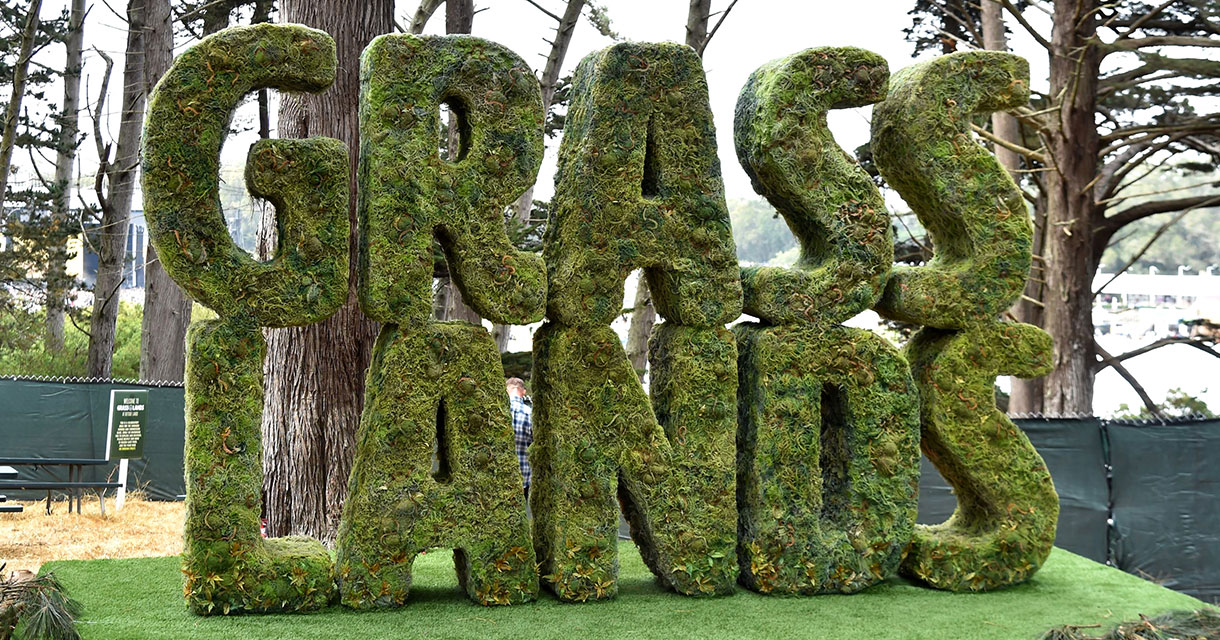 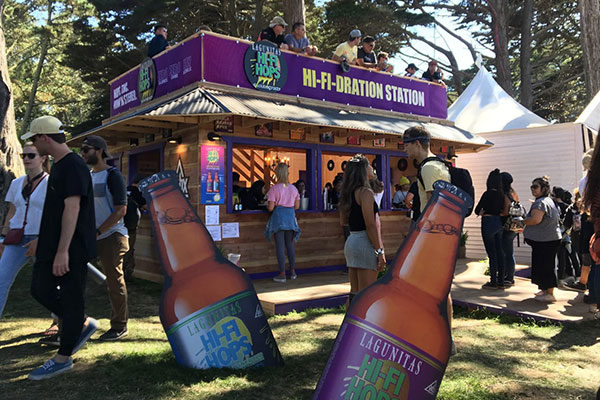 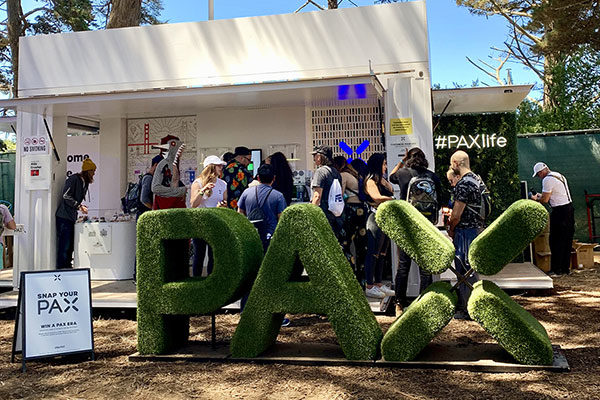 Cookies, the brainchild of rapper Berner, is itself a rising name in the cannabis business.

The musician and entrepreneur first opened a lifestyle store in San Francisco in 2016 that sold “smell proof” bags and clothing dedicated to his favorite strains of marijuana.

Since then, he has opened several dedicated dispensaries in Los Angeles. When Cookies Melrose opened for business in 2018, fans started lining up the night before to get their hands on exclusive strains like Watermelon Zkittlez and Lemon Chello #9.

The other big story in cannabis today has less to do with groovy times and psychedelic experiences and is more focused on health and wellness issues. CBD (cannabidiol), a non-psychoactive compound found in cannabis has suddenly become a big business in its own right.

Unlike THC (tetrahydrocannabinol), the compound associated with the sensation of being “high,” CBD is being touted as a natural remedy for everything from mild anxiety to juvenile epilepsy.

CBD is suddenly everywhere. It can be found in capsules, oils, lip balms, sleep masks, even dog treats endorsed by Martha Stewart, and is sold as a nerve-calming and pain-relieving supplement. Whoopi Goldberg is selling a CBD product she claims relieves the discomfort of menstrual cramps. Gwyneth Paltrow’s company Goop formed a partnership with MedMen to promote CBD products. Carl’s Jr. tested out a CBD-infused burger in Denver this year (appropriately on April 20, a date informally devoted to marijuana). Kim Kardashian racked up 12.3 million views on her social channels when she hosted a CBD-themed baby shower in April. 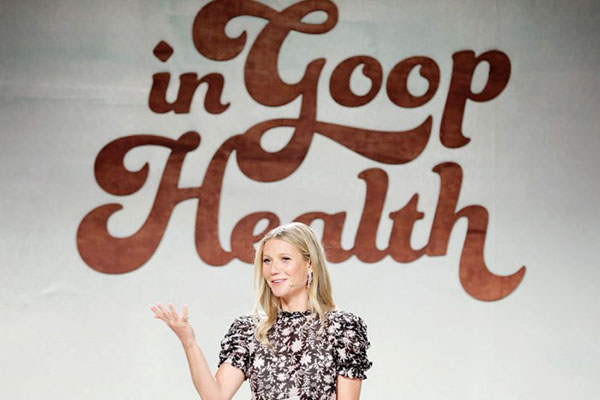 Even more so than traditional marijuana products, hemp-derived CBD is a wide-open marketplace.

With so little track record, there really isn’t any established brand to challenge. Anyone wanting to get into the soft drink business has to contend with goliaths like Coca-Cola and Pepsi, but cannabrands see a golden opportunity to make a name for themselves outside the shadow of an undisputed market leader.

“The branding of marijuana is basically the California gold rush for marketing,” explained branding consultant David Foote. Brands can “take any form and steal from any other category: high-end chocolates, pharmaceuticals, wine, gum, coffee. Basically, since weed became legal, suddenly there is no historical brand equity for anyone.”

What’s Next for Marijuana Marketers?

The bud business may be booming for startups, but larger, established brands are still hesitant to jump in with both feet. At the last Super Bowl, CBS turned down $5 million from marijuana retailer Acreage to show a 60-second advocacy message during the game. ABC, likewise, declined to air a marijuana-themed ad from Lowell Herb Company starring actress Bella Thorne during this year’s Oscars broadcast.

The rules for marketing marijuana differ broadly across the country, and consequently, most of the largest digital platforms, including Google and Facebook, do not permit explicit advertising of cannabis products and services. As a result, outdoor advertising is among the most used channels for creating brand awareness.

MedMen, one of the largest and most recognized dispensary chains in the industry, which is known for outlets that mimic the clean and minimalist look of Apple Stores, took another approach, enlisting Oscar-winner Spike Jonze to direct a commercial for its own YouTube channel.

“The New Normal” traces the history of cannabis in the U.S., starting with George Washington’s hemp farm, in the hopes of removing the stain of its criminalized past. It continues through the years of injustice that plagued the era of anti-marijuana hysteria and the late 20th-century war on drugs.

“I think a connective thread needs to be made, because the truth is, in middle-income white America, [cannabis] is already pretty normal: It’s the joke in every single coming-of-age movie, from Animal House to Superbad,” argued the spot’s narrator, activist Jesse Williams.

In addition to its YouTube channel, MedMen aired the commercial before movies. The brand also spreads awareness with distinctive, red shopping bags and runs ads during Howard Stern’s radio show on SiriusXM.

The future for the cannabis industry is looking less cloudy than ever.

As marijuana myths and stigmas fall by the wayside, and a groundswell of public and private support continues to grow for its safe and legal use, the prohibition era of marijuana advertising is also likely endangered.

Just this month, the Clio’s, one of the most respected creative industry awards, announced a partnership with High Times to launch Clio Cannabis, an advertising awards competition devoted exclusively to the marijuana industry.

Also just recently, both Twitter and Snap, Inc. reversed course and started selling ad products to some licensed Canadian marijuana brands, such as Aurora Cannabis Inc. and Hexo. Snap is geo-fencing the ads so that they only appear in Canadian provinces where they are permitted.

Together, these signs indicate that the not-so-noble experiment of demonizing marijuana and forcing its fans into back alleys is in decline. All that remains is for a tipping point to be reached where full, nation-wide legalization is inevitable — and with each successful marijuana endeavor, that day inches closer. 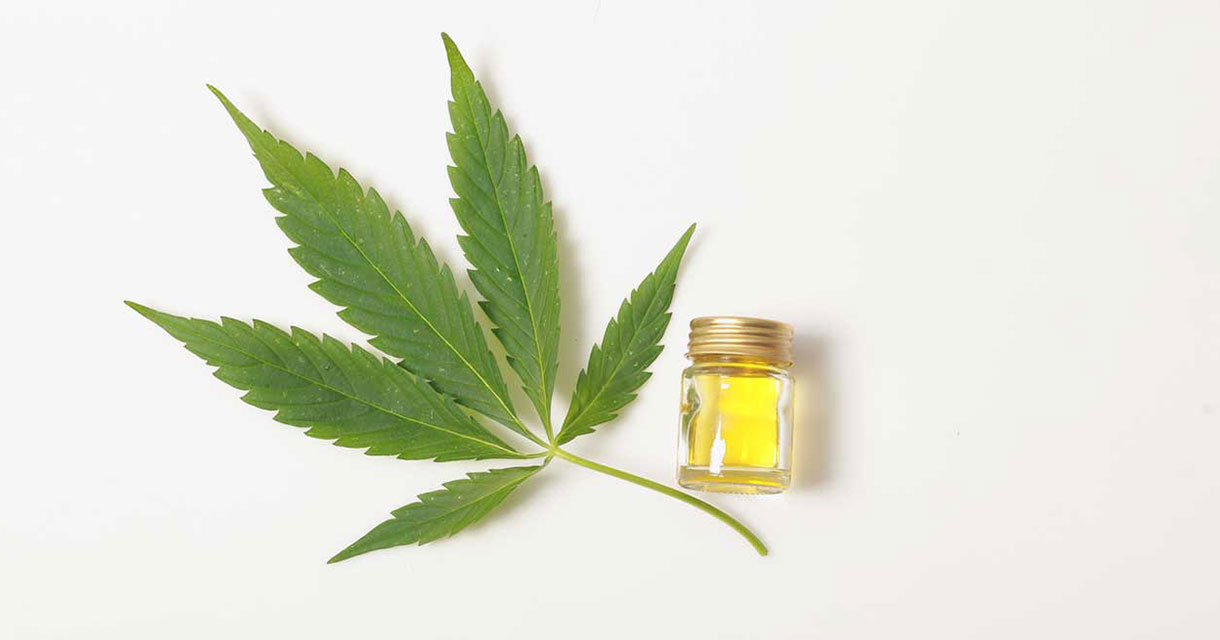 Are you looking for an experiential partner?

As the trusted partner of innovative brands like Tito’s Handmade Vodka, Fortnite, and Prohbtd, we can offer nimble and scalable solutions that make your brand stand out at trade shows, brand activations, retail pop-ups, and VIP events.