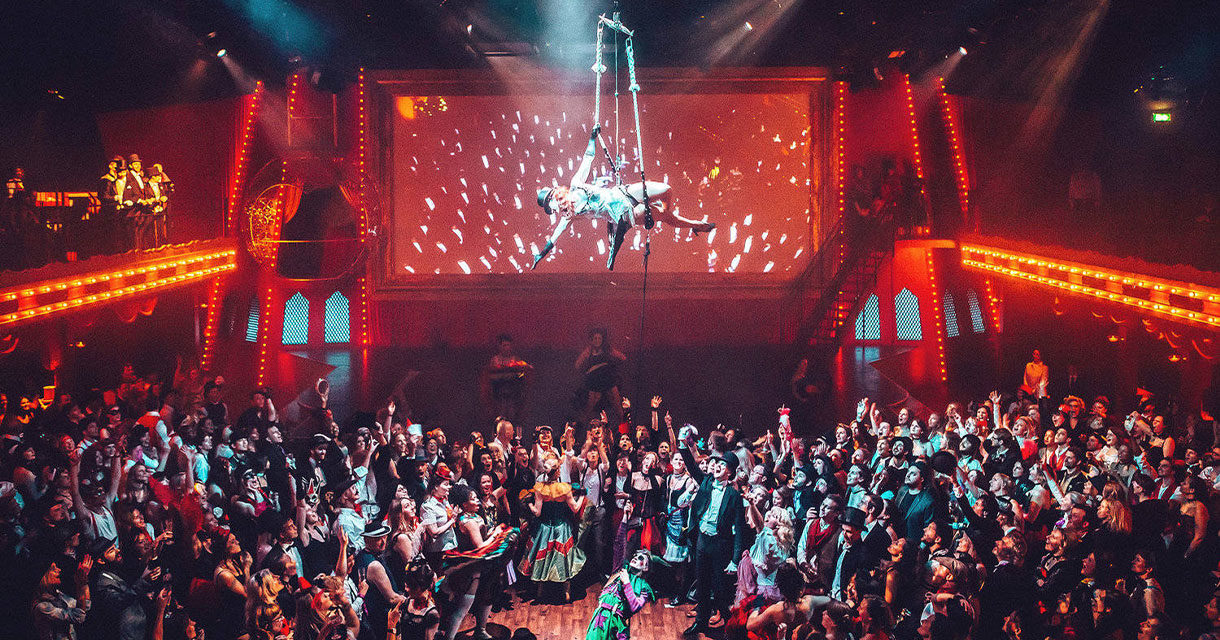 Don’t spoil the surprise. The latest trend in events show that less can be so much more.

Between social media, the 24-hour news cycle, and smartphone notifications, it’s quite a challenge to keep anything under wraps for very long these days. Our constant obsession for by-the-second updates is precisely what’s made the prospect of a really good surprise all the more exciting. Perhaps that explains the recent trend of brands and organizations hosting secret events with hush-hush guest lists and mysterious meet up locations that are only revealed only hours or even minutes before start time

When properly executed, a secret event is a major brand booster. Everyone in attendance feels just a little more special than they might at a regularly scheduled outing. If even for a a fleeting moment, those on the list were in the know, insiders privy to something exclusive and rare.

Here are five events that managed to keep their secrets from prying eyes long enough to pull off some truly marvelous surprises: 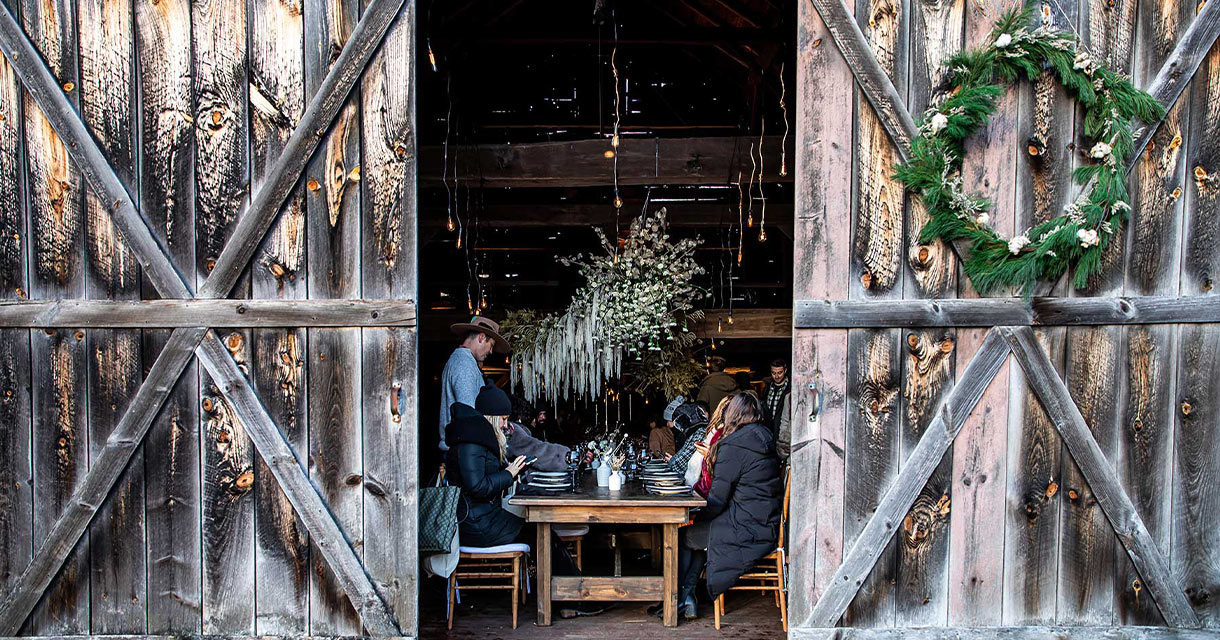 Patrón tequila is a top shelf brand that caters to refined palates and luxury settings. Its Roca Patrón brand, which is even higher end, was in search of something unique to thrill its audience of influencers and brand ambassadors, who have no doubt been wined and dined by some of the world’s finest establishments.

So, Patrón organized a farm-to-table dinner for a few lucky Manhattanites — and not just the marketing buzzword kind that many restaurants claim — but one on an actual farm. Guests boarded helicopters outfitted in Patrón-branded livery at New York City’s West 30th Street Heliport and were treated to stunning views of the Hudson River on their journey to an undisclosed location.

When they landed at the Rhine Valley Farm in rustic Rhinebeck, NY, they were delighted to learn that instead of a crowded city eatery, they would be sipping Roca Patrón cocktails prepared by NoMad mixologist Kaytie Keck in a dreamy barn outfitted with twinkling lights, white flowers, and feasting on sustainable dishes courtesy of Chef Naama Tamir of NYC’s Lighthouse. 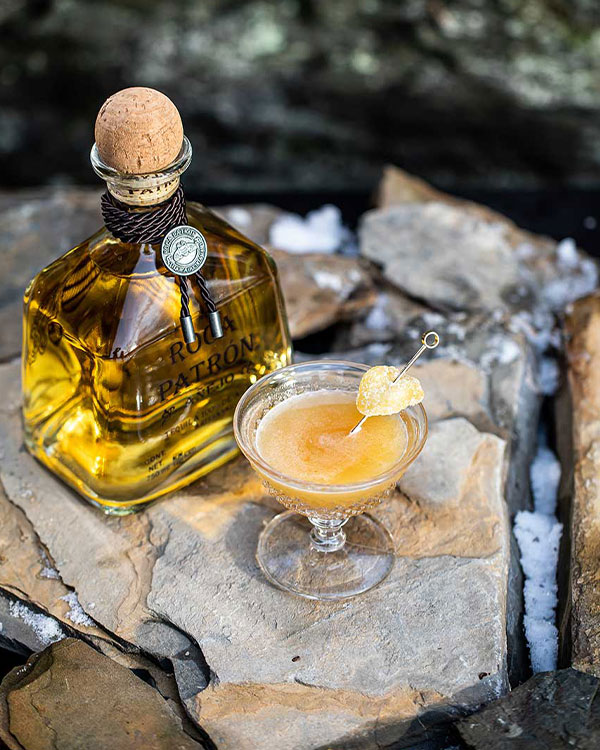 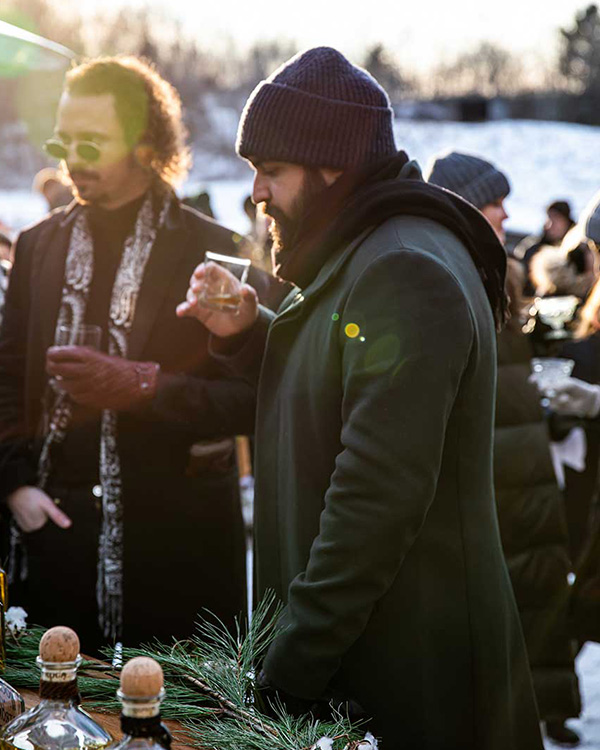 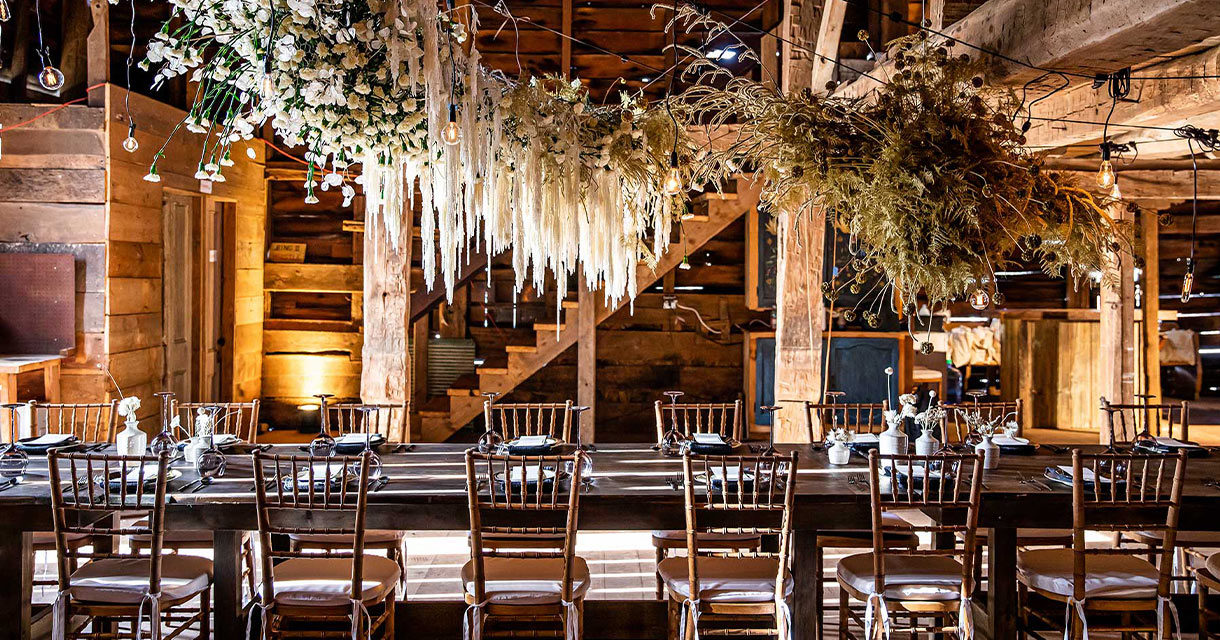 Founded in London in 2007, Secret Cinema organizes TV and film screenings at initially undisclosed locations, often with interactive performances and enchanting set designs to add to the immersion.

“Stranger Things collaged around 75 movies from the 80s; we are collaging a collage and it is a really detailed, vivid, minutiae-driven experience,” said Secret Cinema’s Creative Director Matthew Bennett.

Over 1,200 guests, instructed only to come dressed in 80’s-style clothes, huddled around the entrance in acid wash jeans and neon scrunchies, unsure of what they were in for. They were delighted by both the chance at a sneak peek at the latest season and the enveloping world created for their entertainment.

The wraps are still on the deal, but the next properties to get the surprise party treatment will likely feature laser swords, magical princesses, and brawny superheroes because Walt Disney Studios just signed a multi-title agreement with Secret Cinema.

During prohibition, speakeasies, underground drinking establishments, were necessary for enjoying a tipple without alerting the authorities. But today, even in cities flush with legal bars and lounges, there’s still a small number of these clandestine saloons known only to a very tight-lipped clientele.

In fact, they only seem to be growing in popularity lately. Los Cabos, Mexico has an apothecary-themed speakeasy called La Botica (literally “drugstore), which was described as a “multisensory journey back to the 20s.” And, if you journey behind the cupcake counter, a bakery in Houston, Texas called SWEET is not-so-secretly passing out drinks, too.

Cakes and cocktails aren’t that unusual a fit, but one place you probably wouldn’t expect to find luxe libations is a classic NY bodega, those ever present convenience stores that dot the city. But that’s what makes the surprise of sneaking past the Doritos and Tylenol at The Little Shop to find a kitschy and inviting full bar, stocked with turmeric and tamarind cocktails, as well as duck dumplings and torched shishito peppers. 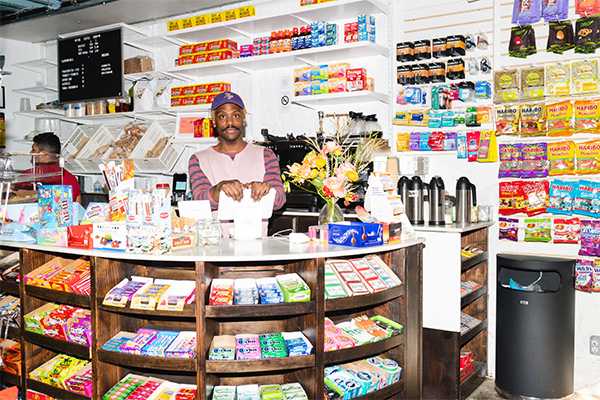 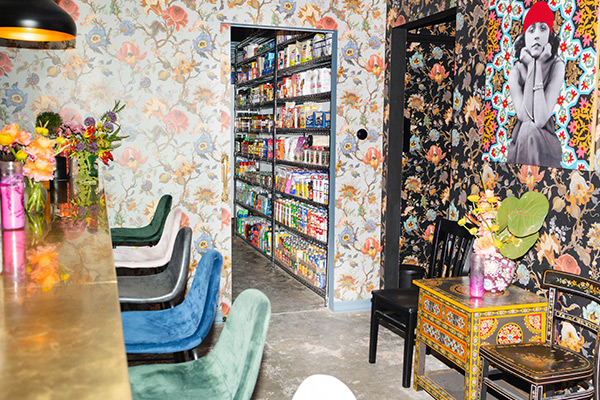 Who would attend a concert if they didn’t know ahead of time who was playing? Turns out, lots of people are open to the idea. Sofar Sounds (short for Songs from a Room) organizes intimate shows at cryptic venues with unknown acts — and it’s a global phenomenon in over 400 cities. Guests are informed of the location the night before by email and told only where and when to be, and maybe to bring a blanket to sit on.

Sofar chooses the artists (who may be musicians, comedians, poets, or dancers) and transforms ordinary places like cafes and retail outlets into impromptu concert halls for 50 to 150 people. The cozy and clandestine atmosphere turns the crowd from a group of strangers into a community, joined together on a mission to have fun in a new and different way.

“You can’t have a preconceived notion of what you’re going to experience. It allows people to come and enjoy and be a part of something bigger than themselves in a way where they don’t have the ability to judge, or pre-judge because there’s no actual information given.” 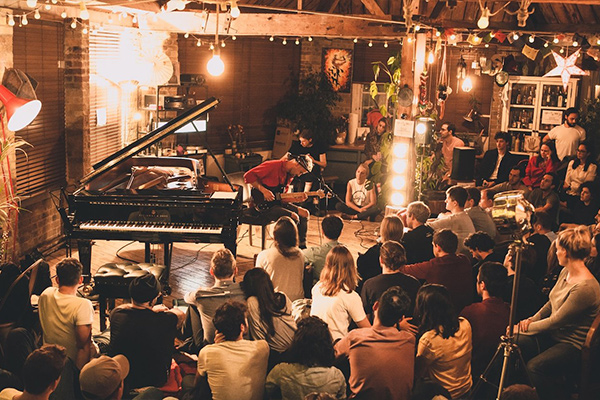 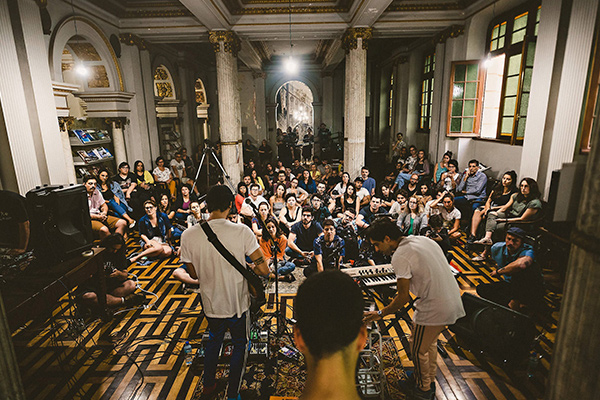 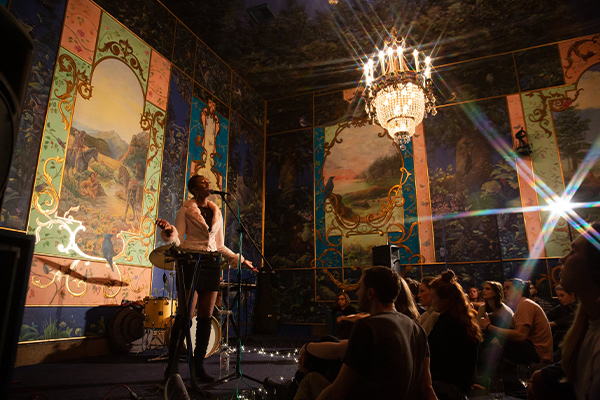 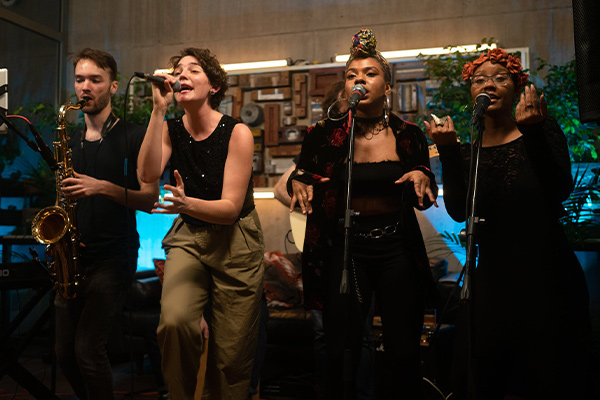 Patrón may have taken secret suppers to new culinary heights but they don’t get credit for popularizing the event. That honor goes to Diner en Blanc, an idea that dates back to 1988. Now a global event, the 30th anniversary in Paris was attended by 17,000 people.

The concept is radically decentralized, semi-DIY group fun: thousands of people, dressed only in white, descend on a public location that they were just informed of to join a spontaneous dinner party. They even bring their own food, table, chairs, and tablecloths.

The 2019 Honolulu Diner en Banc attracted 1,500 partiers, and the guest list was full almost immediately. Getting an invite can be a challenge, but anyone that attended the previous year’s dinner gets invited back and can bring one new guest.

The surprise locations are a refreshing change from the stale predictability of a heavily scheduled life. “The reveal is just so much fun, the anticipation of it is so much fun, so we do whatever it takes,” said Malie Moran, one of the Honolulu organizers. 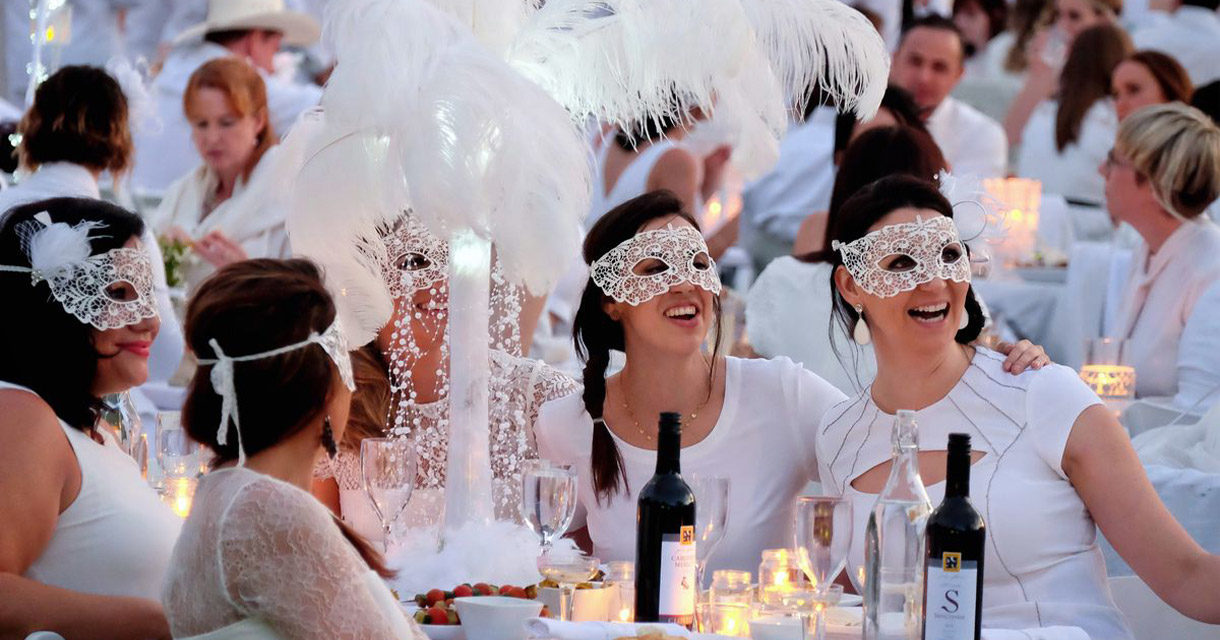 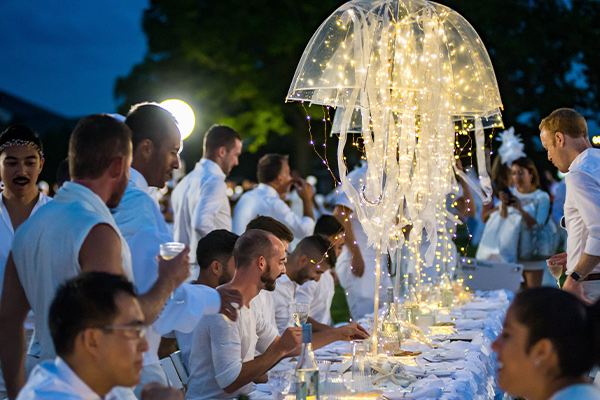 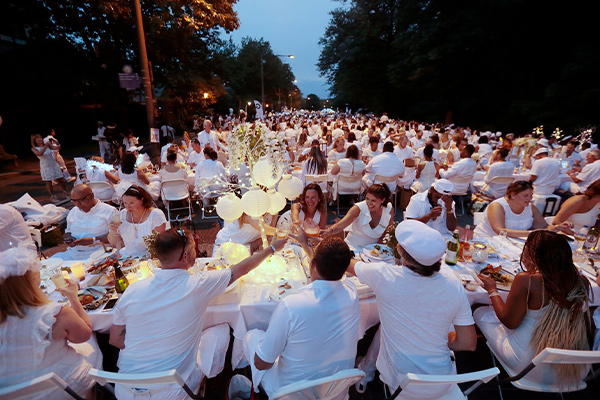 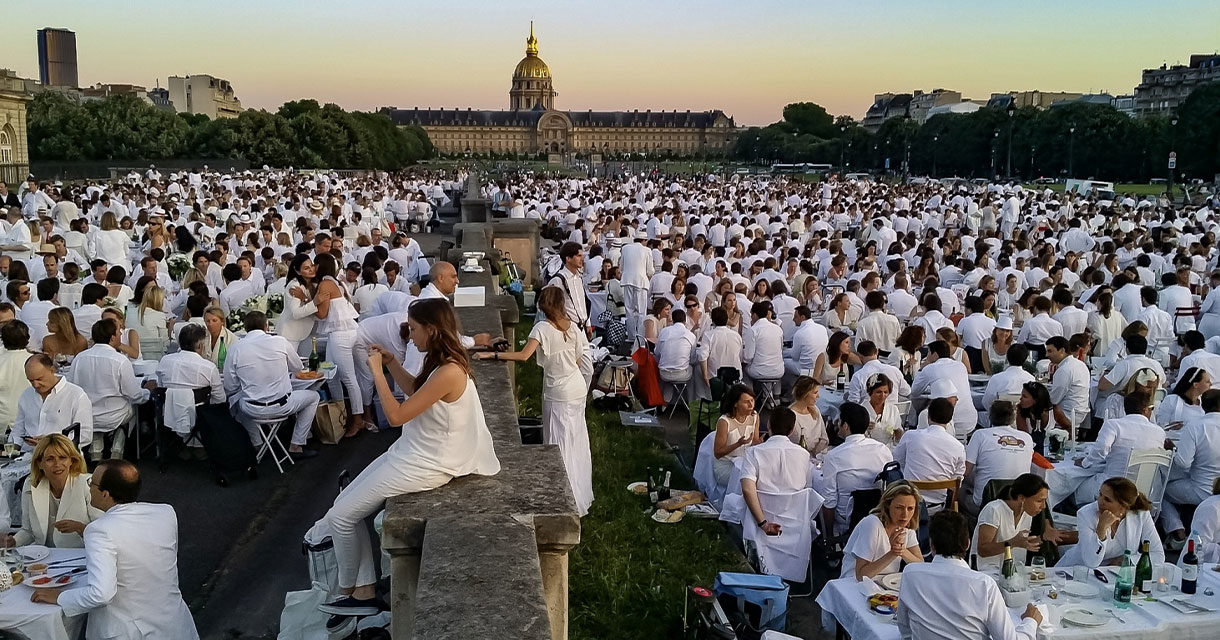 Not knowing precisely what you are in for raises the stakes and the anticipation of an event. Like those stomach-churning clinks up the first slope on a new roller coaster, you know you’re in for a ride, but you can’t appreciate exactly how wild it’s going to get until you crest that hill.

When anything can happen, our imaginations run wild in a moment of child-like glee and curiosity. Ironically, in an age typified by information overload, sometimes giving people fewer details is what it takes to fully engage their attention. 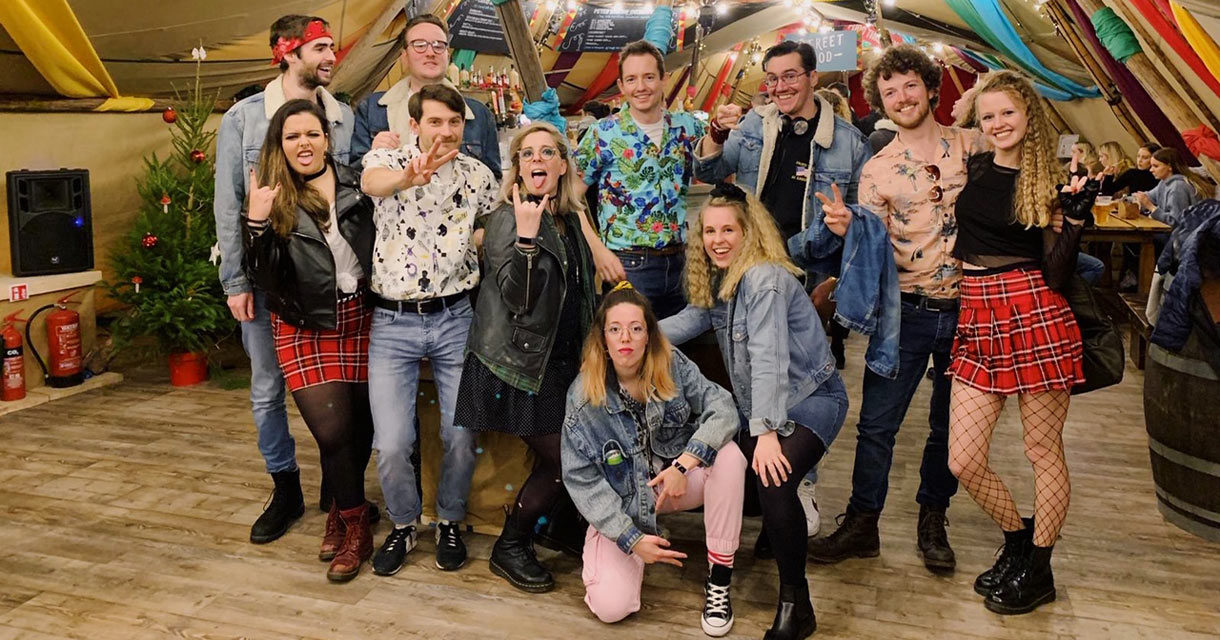 FG|PG has secret plans to make your next event the amazing surprise everyone will be buzzing about.