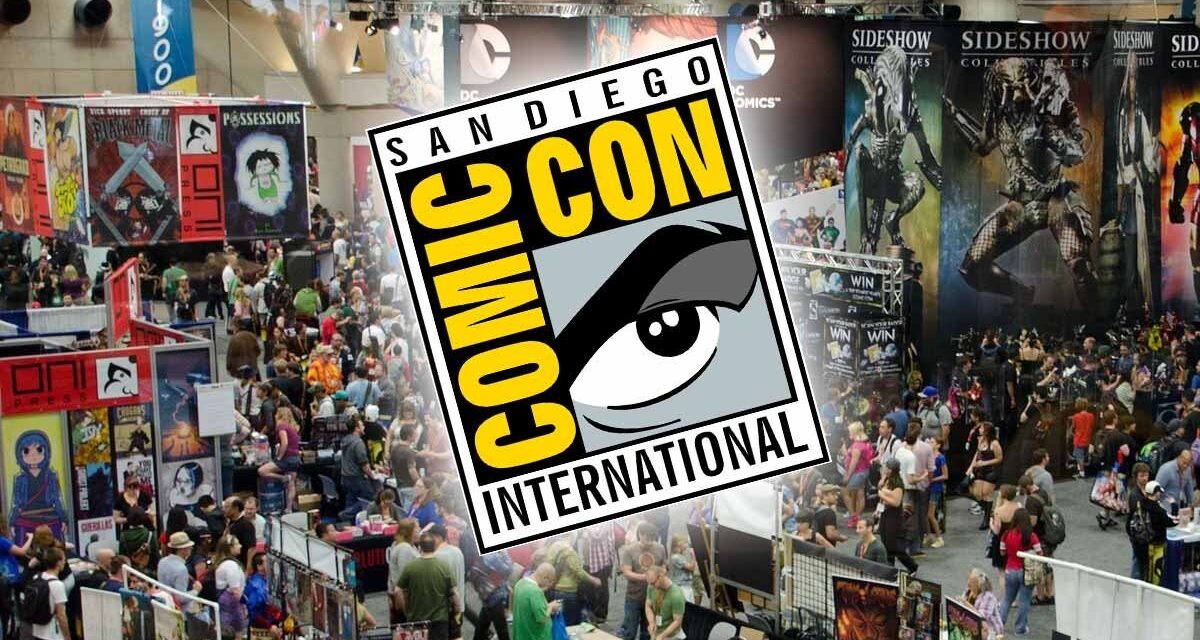 2022 started with a bang, as we have witnessed the return of some of the largest and most anticipated experiential marketing events, including VidCon, Coachella, and even the Comic-Con-hosted event known for its comics, science fiction, and movies. Wondercon finally saw its timely return since the last event in 2019, and the hosts are gearing up to bring back their most prominent event.

Every year in July, we see the largest comic convention in the world come to life, the annual Comic-Con International: San Diego. However, after going only virtual for the last two years, the pop-culture frenzy will make its in-person comeback in the Sand Diego Convention Center from Wednesday, July 20, to Sunday, July 24.

In a world changed by ongoing COVID-19 protocols and restrictions, we expect to see some drastic changes to the event when fans make their way to the first in-person event since 2019. This year’s layout of the event exhibit space at the San Diego Convention Center will feature new surprises and changes to the usual visuals that fans once knew. FGPG, a brand experience, and experiential marketing agency shares what we can expect from this year’s Comic-Con, as we navigate new avenues in the event industry.

What is Comic-Con International, and how do brands leverage experiential marketing at the event?

According to Academic, the convention is the largest in the Americas, and fourth-largest in the world after the Comiket in Japan, the Angoulême International Comics Festival in France, and the Lucca Comics and Games in Italy, filling the San Diego Convention Center with over 130,000 attendees. The popular convention showcases the mutual love for comics, movies, TV shows, anime, manga, video games, and other popular cultures. However, fans also have the opportunity to see their favorite stars up close, do a Q&A, and get autographs.

For brands, there are limitless opportunities for them to get creative and allow fans to immerse themselves in their brand experiences. Like most conventions, Comic-Con has a massive floor space for brands. These include companies such as movie studios and TV networks, as well as comic-book dealers and collectibles merchants. Comic-Con includes an autograph area and the Artists’ Alley, where comics artists can sign autographs and sell or do free sketches. Despite the name, artists alleys can include writers and even models.

Comic-Con International’s schedule for this year is between July 21 and 24. Each day offers different experiences, gatherings, and exclusive drops. The most anticipated brand expected to pull out a bag of surprises is Marvel Studios. At the Thor: Love & Thunder press conferences, Marvel Studios president Kevin Feige confirmed that Marvel would be at San Diego Comic-Con this year. “We’ll be at Comic-Con next month, which we’re excited about,” Feige said during the press conference. “First time since we were on stage three years ago talking about this movie and many others. And now, I think, almost, not everything, but almost everything we discussed three years ago, that was released, so we are excited to go and talk about the future.” It’s safe to say that Marvel Studios is “headed to Hall H.” Funko will be hosting Funkoville at SDCC, and a unique experience focused on the brand’s Funko Family, which includes: an interactive movie theater, diner, grocery store, Loungefly Boutique, and Mondo Record Store. Funkoville’s booth numbers are Booth #5341, Booth #5137, and Booth #5145. During Funkoville at SDCC, the brand will host live streams, games, giveaways, and randomly give out prizes to Funatics. Hosted annually during SDCC, this year’s Fundays is held on Friday, July 22nd, and the theme is black light. There will be a variety of contests, exclusive giveaways, and special guests. They are known as one of the most popular anime streaming services. Crunchy Roll is heading to San Diego Comic-Con, where they are expected to showcase a more extensive brand activation than ever with live panels, an exhibit, bus wraps, and a music series. Fans will want to catch the Dragon Ball Super: Super Hero panel on Friday, July 22, featuring special guests from the anime series. They’ll also be treated to a first look at the upcoming film, with approximately the first 20 minutes screened exclusively for attendees. On Saturday, July 23, prepare for the Dragon Ball Z Concert Experience and Crunchyroll-Hime Animata Dance Party. Starting at 7 pm, the San Diego Symphony with conductor Nicholas Buc will be powering up an experience that “combines the senses and sounds of Dragon Ball Z. “. The Cartoon Network brand has revealed its plans for this year’s Comic-Con. Adult Swim has a lot in store for their fans, as not only are there a number of their series returning for new episodes, but they also have enormous plans for some significant events and upcoming pop-ups. Although Warn Bros has announced they opted out of their usual large exhibit, there are still a few things fans can expect. The studio has several DC films due out later this year, consisting of the DC League of Super-Pets, Black Adam, and Shazam! Fury of the Gods opens in July, October, and December. These films can make an appearance at this year’s show. Movies to open in 2023, such as The Flash and Blue Beetle, will not have panels, regardless of the presence, as they are considered too far out for any panel to have a meaningful impact. House of the Dragon is one of HBO’s biggest bets and seeks to extend and reset the Game of Thrones franchise, which was the biggest show in HBO’s history. It will have a Hall H panel ahead of the series launch on Aug. 21.

Studios such as Warner Bros. Discovery and Apple TV+ (making its Comic-Con debut) have already revealed which shows they’ll be presenting at the event, and more announcements are expected soon. (Note: Panel dates/times and some attendees at this stage remain TBA, a lingering side effect of the return to in-person activities.)

As previously announced, San Diego Comic-Con will be requiring masks during the event, and verification of full COVID-19 vaccination status or proof of a negative COVID-19 test taken within 72 hours.

While not required, Comic-Con International will be using the CLEAR Health Passport (which you can download in the Apple Store or Google Play store).

Once downloaded, you can follow these steps and input your Covid-19 proof of vaccination or negative test result. To attach the CCI event, you can tap the “Have a code?” button and enter COMICCON, or you can search the events for Comic-Con 2022.

The CLEAR app will simply be a faster way to get through the check-in process to receive your wristband, but if you prefer to bring a paper or digital proof in another form, CCI has accepted both (including international for WHO-approved vaccines) at their other cons in the last year.

CCI will also have multiple locations doing Covid-19 verification checks, starting Monday, July 18 at the Town and Country Hotel, Tuesday at the Marriott Marquis and Marina, and Wednesday for all other locations.