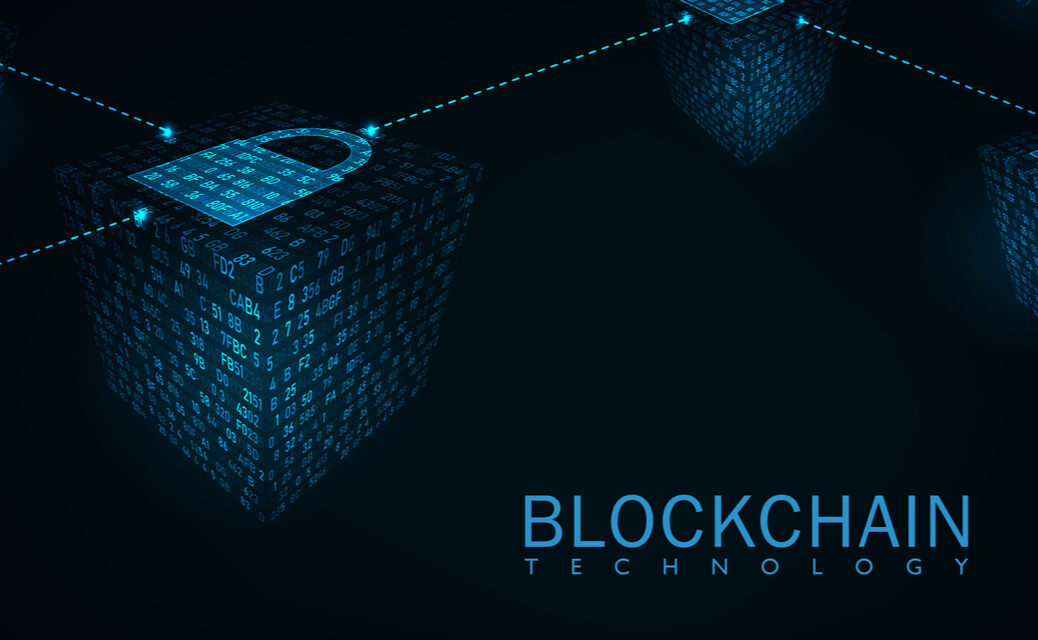 We are heading down a path of decentralization, but are we prepared for such a massive shift in our global economy? As the digital realm multiplies, within finance, the sharing of sensitive documentation, the internet of things, and just any stored data, security becomes an even more significant concern that we must address. Technological systems have always posed a risk for security centralization, especially for financial institutions. However, with the new popularized Blockchain Technology, we are reaching much closer to living the reality of a world that would operate under a decentralized system for finance and many other avenues. Blockchain’s growing popularity creates opportunities and challenges for the financial industry and isn’t just because of the buzz around cryptocurrency. Before we step into the future of finance tech, FG|PG submerged into the ins and outs of blockchain technology to prepare for the future of data encryption, decentralization, and security.

Although cryptocurrency and NFTs gave birth to blockchain tech and its ever-rising popularity. They are not the only technologies that can benefit from this data encryption tech, nor are they the only options running on blockchain technology. There is a vast amount of potential for practical application in several sectors. Freddie Georges took the initiative to investigate just how much potential the tech has and what industries it will disrupt in 2022.

Traditional operations in a healthcare system require storing patients’ medical information – but it is still often done so manually. How can this new tech help? Fortunately, Blockchain can revolutionize how healthcare professionals manage patient health records and how sensitive information can be accessed and shared between healthcare providers. This allows the distribution of records amongst the healthcare industry without compromising the confidentiality of the patient. Essentially, security-proof healthcare records through blockchain security and sharing.

Collectively, we can agree that we have faced issues one or twice with banking delays and dealing with their systems. Blockchain will improve their payment clearing and credit information systems. Additionally, it heightens online banking security, which has increased dramatically since the start of social distancing and touchless activities.

One out of two Blockchain applications that have popularized the tech, was leveraging it in the emerging virtual world, or the Metaverse. As virtual assets become rampant in this environment, Blockchain makes it possible for you to legitimately own digital assets. With cryptocurrency, now you can invest in virtual real estate in the Metaverse. Sandbox and Decentraland are just a couple of those existing worlds that essentially hold your favorite artwork, memes, videos, and images known as NFTs. These transactions are tradable digital assets in the online marketplace and are real money, similar to trading cryptocurrency.

Similar to that of the healthcare industry, Blockchain allows Real Estate to oversee all records of the properties on decentralized networks. Then utilize smart contracts to buy and sell assets to automate the execution of an agreement so that all participants can be immediately sure of the outcome without an intermediary’s involvement or time loss. Ultimately, a new, innovative and secure means of buying and selling physical property virtually. 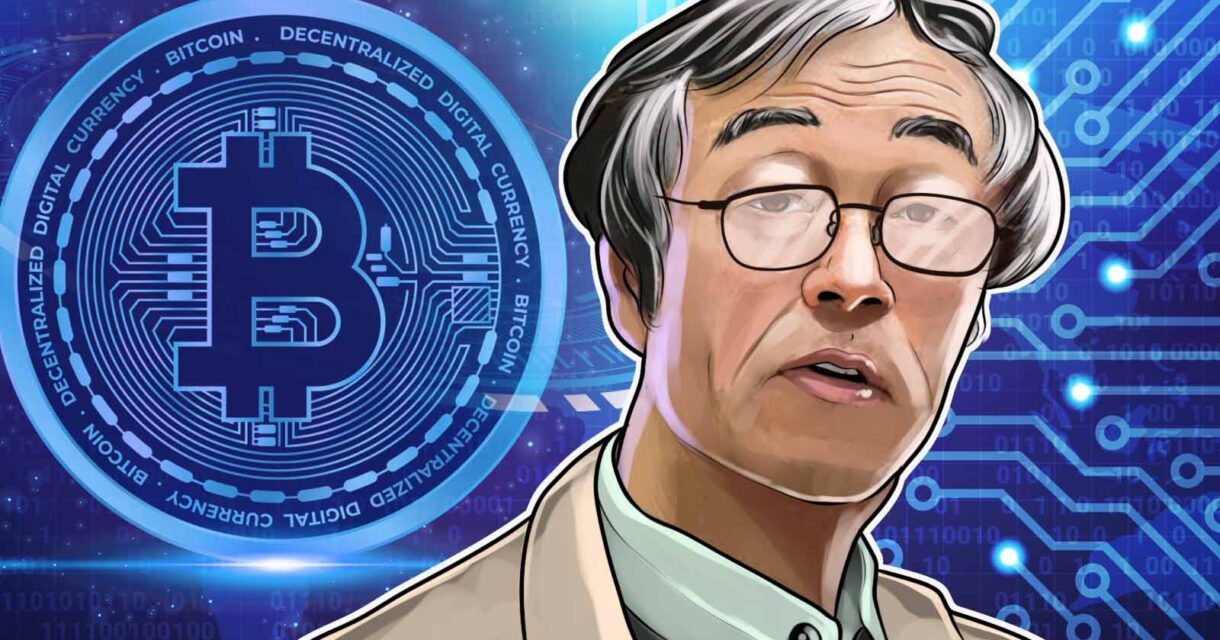 In 2008 the first mention of Blockchain went public for the first time when a popular cryptocurrency, we know today as Bitcoin, was created by an anonymous inventor (or group of inventors) named Satoshi Nakamoto. The creator(s) also received credit as the inventor(s) of Blockchain. It’s considered the foundation for the technology that has taken hold of headlines today by storm.

However, in 1992, we reached another significant discovery by three scientists who utilized Merkle Trees (or hash trees), which are used to verify any data stored between computers and authenticate some digital documents. According to Interesting Engineering, The Merkle tree is a hierarchical collection of connections that play an essential role in encrypting and verifying the data stored on a blockchain. Hence, it encrypts and authenticates any data stored within the Blockchain. Additionally, its popularity did not skyrocket because of its sole use for establishing documents but its ability to authenticate online by multiple independent third parties that are incentivized to maintain the credibility of the tech. 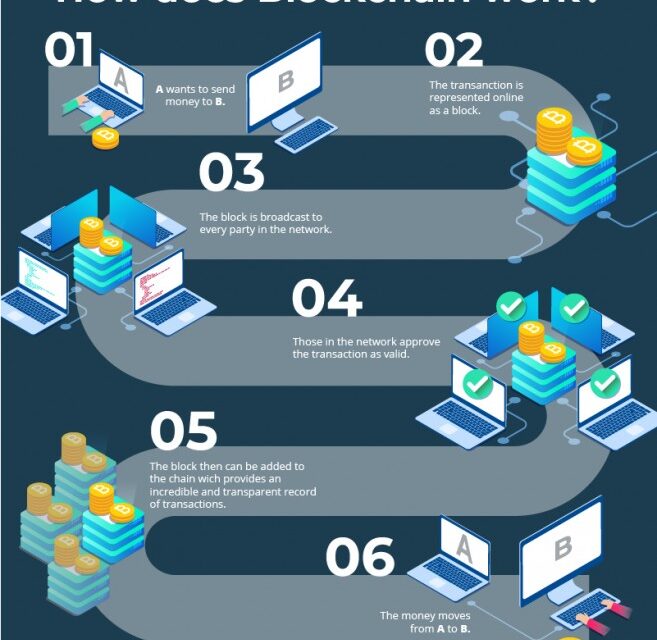 Blockchain tech is a record of transactions or digital ledgers. The primary purpose of the Blockchain is to store and share data. The blocks contain receipts of valid transactions that previously took place on the network. In a blockchain, a request for a transaction’s first made, the system then certifies the request. Next, it creates a ‘block’ representing the transaction and forwards it to every participant on the network. Third-party participants involved in authenticating compete to validate the transaction using algorithms and receive bitcoin in return for successfully establishing. The process of competing to authenticate and complete a block is known as “mining.” The transactions on the Blockchain remain secured using a cryptographic technique called hashing, which we previously discussed.

The advantage of Blockchain is the security that the hashing adds to the Blockchain. If anyone tries to tamper with a block or swap in a fake block, the hash would change, breaking the chain. If a chain breaks, then the block’s compromised. The decentralization comes from data equally divided among several authenticators in different locations. Thus, it creates repetitiveness and means that if somebody tries to change a record at one place, other blocks will avoid alteration. Ultimately, it allows the operation of decentralized authentication.

Future of Blockchain in Entertainment

How does the future of Blockchain look? Do you envision Blockchain and crypto embodying the financial systems we all know and utilize? Or will we simply see Blockchain gradually integrated into another sub-alternative for financial transactions?

The entertainment industry has discussed the future of Blockchain and how it will impact various entertainment sectors. According to CB Insights, funding to blockchain companies doubled between 2017 and 2020, and actual spending is expected to reach $16 billion by 2023. Entertainment professionals see this as an excellent opportunity to expand their art forms in ways they could not do before Blockchain. Creators and even consumers now have access to the industry and have endless opportunities to interact with the industry. For instance, independent filmmakers who seek investors no longer have to scrape through contactless executives for funding. Now, independent filmmakers unable to maneuver the complex movie industry financing can plug into a world of resources, both from major investors and fundraising platforms generated by blockchain technology.

Ahmed Shabana, a founder of Parkpine Capital, a firm actively investing in crypto-based entertainment, states, “With crypto and blockchain, the movie and entertainment industry’s ready to reinvent its business functions, facilitating secure, transparent, and traceable transactions across the market.” Unknown creators can now integrate themselves into the big club through these new tools and leverage them as an initiation into the industry. As entertainment companies begin developing new tech to release media and collectibles through Blockchain, leaders must keep up with the trends within filmmaking, live events, brand activations, hybrid events, and virtual events.