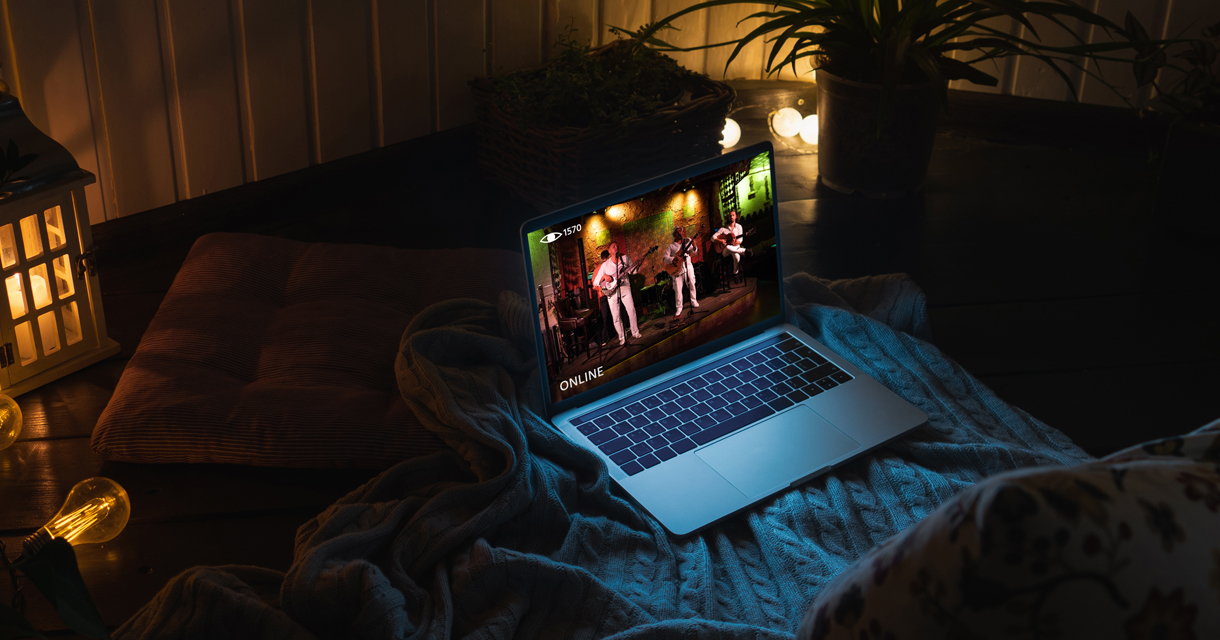 As you probably already know, we here at FG|PG have been in the lab working on how to bring experiential events to life in the virtual space to help our clients continue creating impactful brand moments.

Our dedication to creating virtual events that are as immersive and compelling as live in-person events had us following rabbit holes into the infinite possibilities that are just now being unlocked in virtual event technology.

We, however, are not the only ones that have been pivoting.

Through our research and development, we’ve seen how other industries have also been pivoting to the virtual space. This week, we’d like to highlight our friends in the music industry and share a few of our favorite live music experiences that have been produced in these most interesting times, including the usage of cutting-edge technology, philanthropy & social support, and a preview of exciting new ventures to come.

BTS – Map of the Soul ONE

Enthusiasm for Korean pop (K-pop) music has reached a fever pitch over the last few years. Despite the overall slowdown of life in 2020, however, K-pop consumption has continued and remained strong.

Arguably one of the most successful bands to come out of the rise of K-pop in the US, seven-member mega-group BTS has continued to enjoy meteoric success even through the global pandemic. With the release of their latest album “Map of the Soul” back in February, the band had plans for their biggest world tour to date, kicking off in North American on April 25. Unfortunately, the tour was postponed shortly before that kick-off when South Korea was hit by the pandemic.

Throughout the past several months, BTS had made various appearances at other virtual live music events to promote the release of “Map of the Soul,” including their MTV Video Music Awards debut to promote their latest single “Dynamite”. Clearly, no pandemic was going to get in the way of BTS’s success.

In lieu of the world tour, BTS and their team quickly pivoted and brought to life “Map of the Soul ON:E,” a two-day virtual concert experience broadcast from the KSPO Dome in Seoul that ran live earlier this month. The event drew in one of the largest crowds for a single virtual event in history; nearly one-million viewers tuned in from 191 different countries around the world. BTS performing onstage during their Map of the Soul ON:E virtual concert. A video screen of fans watching live hovers above the stage. Image credit: AllAccess.com.

The experience was nothing short of a technological masterpiece. Cutting-edge broadcast tech, including augmented reality (AR) and mixed-reality (XR), was utilized to bring the immersive concert experience to life, allowing for heightened and more intimate interactivity between viewers and the performers. The event was shot on four stages and employed multi-view shooting that allowed viewers to watch from their choice of six camera angles, and was also viewable in 4K/HD.

Viewers were able to access the event through tiered ticket sales, with a schedule outlining live viewing times per varying timezones; ticket sales also included access to video-on-demand (VOD) viewing after the conclusion of the live broadcast. The event included glow sticks placed in the arena’s seats and piped-in video and audio of several lucky raffle winners that created as close to a live experience for both the band and their legions of fans (known globally and by the band as the ARMY) as possible, a move that made even some band members visibly emotional on stage.

With another album promised for the end of 2020, we anticipate more exciting high-tech engagement from the band in the coming months.

Save Our Stages Festival 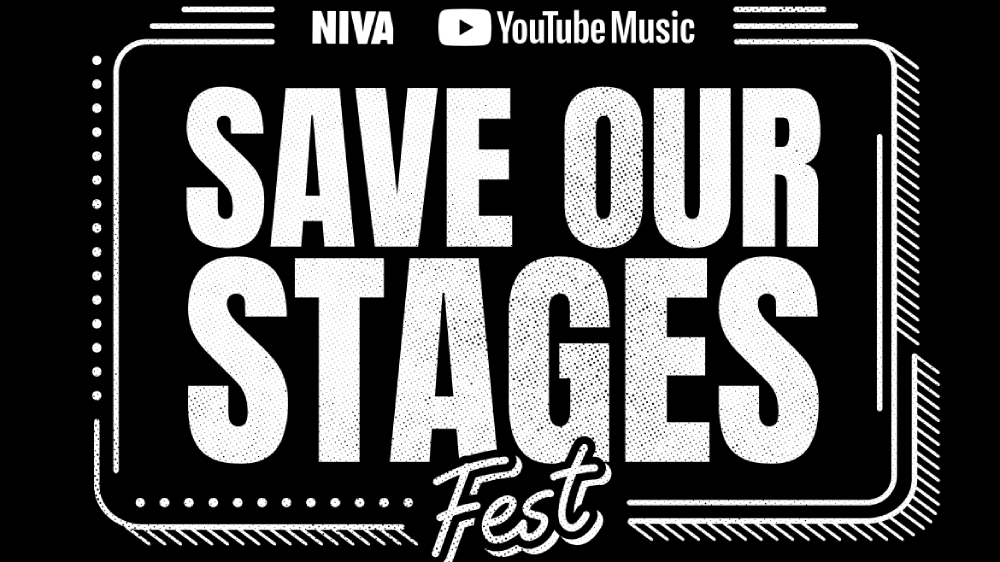 It’s no secret that the live entertainment industry has been one of the hardest-hit by the pandemic. As one of the first industries to shutter, and likely to be the last to fully reopen, this has been an especially challenging time for the industry across the board, affecting everyone from event venues to the crews that work to bring concerts to life.

To specifically support live music venues that have been struggling to stay afloat during this economic crisis, The National Independent Venues Association (NIVA) partnered with YouTube to host the Save Our Stages Festival (#SOSFest), bringing together thirty-five of the “top touring artists in modern music” to raise money for NIVA’s Emergency Relief Fund, as well as awareness of the Save Our Stages Act currently awaiting passage through Congress.

The concept and execution for the virtual festival were simple yet effective: for three days earlier this month, musical artists of every genre performed live sets broadcast from some of the most historic independently-owned live music venues in the country; each set was livestreamed via YouTube over those three days. While the streams were free and are currently hosted for continued viewing on Save Our Stage’s website, artists encouraged viewers to donate directly to Save Our Stages to support the cause. A “Donate” button was also integrated on the interface for each video via YouTube Giving, and donations are still being accepted at the time of publishing.

Other historic venues serving as broadcast locations during the festival included the Hotel Café, The Parish, and the Boulder Theater. All of the venues are well-known historic music venues that have hosted even more of music’s most influential acts and have even been the launch point for many artists over the years. With the pandemic shuttering many a small business during the past six-plus months, these venues have not been immune to the economic downturn and continue to need our support.

Thankfully, artists from across genres banded together to support this worthy cause. To date, #SOSFest has raised close to two million dollars to preserve these historic venues and many others that are, sadly, still in danger of going under due to the crisis.

To learn more about NIVA, the Save Our Stages Act, and how to help keep music venues open and preserve the future of live music events, please visit NIVA’s Save Our Stages page.

As the evolution of virtual event technology has boomed over the past 6+ months, it’s no surprise that more major artists have been recently pivoting to virtual concerts, particularly those that have had to shelve touring plans this year.

Due to development times for planning, integrating, and executing such large-scale technologies, several artists are just now starting to announce their venture into the virtual concert arena, and we predict that the months to come will bring about more and more artists launching themselves into the virtual world. One group that just released announced plans for an ultra-exciting immersive experience is the Jonas Brothers.

At the start of 2020, the Jonas Brothers had announced a highly-anticipated Las Vegas residency that would have run during April of this year. In mid-March, shortly after the World Health Organization (WHO) announced that COVID-19 reached the status of a global pandemic, the band announced that they would cancel their residency in compliance with CDC-recommended guidelines.

In the months following the cancellation, the band clearly wasted no time in exploring alternative solutions to in-person concerts, and recently announced that they would be hosting their own virtual concert in December, in partnership with Lenovo Yoga and Intel Evo’s new For All Creators platform.

The JoBros virtual concert promises all of the bells-and-whistles of modern virtual concerts; we anticipate XR stage sets and AR filters incorporated into the experience. The event is also being highlighted as very interactive and especially heavy on fan engagement; ahead of the concert, fans will be able to help to curate the show’s setlist, while “custom hashtags that trigger real visual effects onscreen” will be utilized during the live show.

The partnership with Lenovo Yoga and Intel Evo’s For All Creators platform, however, promises opportunities for even greater fan interaction. Through this partnership, the Brothers have created a call-to-action contest for their fans to submit designs that will be featured on promotional items (ie. posters and charitable merchandise), as well as artwork that will be integrated into their set visuals, all preempted by templates available on the contest site. Fans that submit winning designs will be treated to prizes such as a virtual meet-and-greet with the band.

Finding and creating joy in a time of such uncertainty has been at the forefront of our minds here at FG|PG; we hope that this quick highlight of exciting virtual live music experiences has provided a little bit of that joy. Our own foray into the world of virtual events has helped us realized the importance of evolution, resourcefulness, and continuing to create impactful moments for our clients, or as our fearless leader Freddie Georges recently referred to as “turning lemons into the most delicious lemonade.”

When you’re ready to take the leap into creating those moments of joy, we’re ready to help! Reach out and let us know how we can support you.

We can help with that!