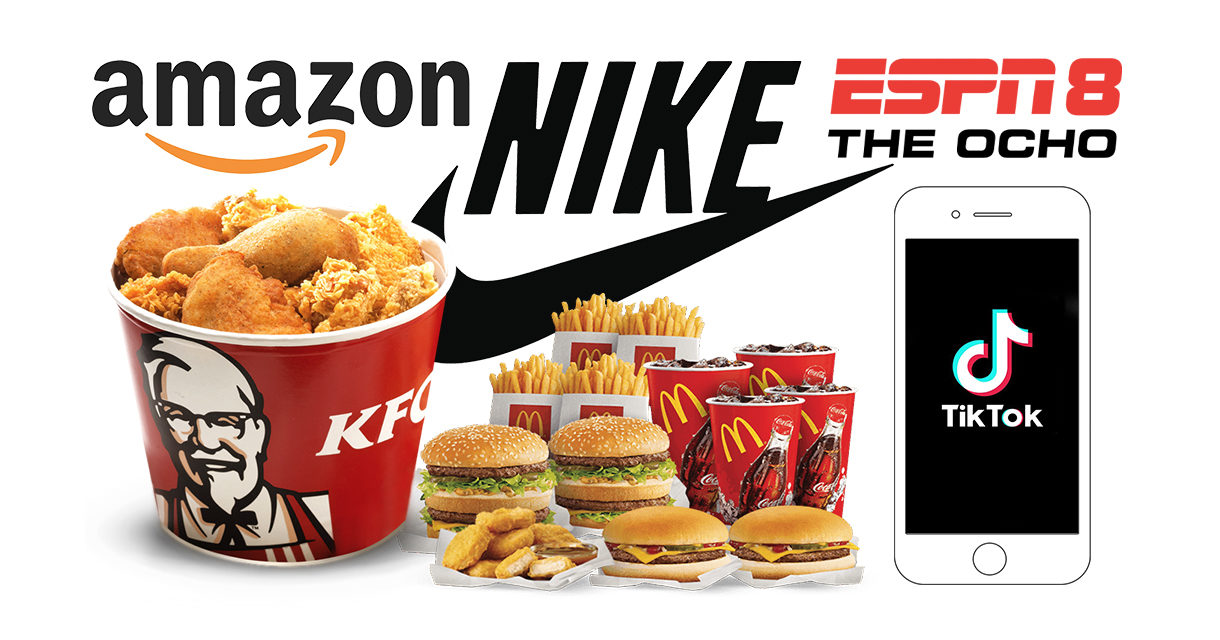 In this uncharted and unnerving time, corporations all across the world are stepping up to the (hopefully sanitized) plate to support their customers, spread a little joy, and give back to those in need.

From free entertainment and altered logos to massive charitable contributions, here are some of our favorite brand responses to the coronavirus crisis:

As more and more states put some form of a “safer at home” mandate in place, government leaders are having a difficult time conveying the severity of the situation and convincing citizens to forego their weekly basketball game at the park or book club meeting at their best friend’s house. Some companies are adding their voice to the conversation and providing a little incentive to encourage people to stay put.

Popeyes, famous for their fried chicken and family values, was quick to remind their customers that they are still open, operating, and ready to serve with their “Fried Chicken ‘n Chill” campaign, wherein they gave out a Netflix username and password to the first 1,000 customers to participate in their online call to action. To get in on the Netflix deal, all you had to do was post a photo with Popeyes takeout on Twitter using the hashtag #ThatPasswordFromPopeyes, offering a little incentive for folks to grab some crispy chicken and hunker down at home.

As a nice break from the news, ESPN made the bold decision to bring back their unique sports channel, “The Ocho,” an idea born in the fictional world of the 2004 hit comedy “Dodgeball: A True Underdog Story.” To bring some light into our homes during this unprecedented time, “The Ocho” is airing obscure sports competitions (think: stone skipping, marble racing, and an electrician’s competition) and has been very well received as people seek distraction and entertainment.

Amazon took a different approach by aiming their efforts at a group hit particularly hard by this crisis: little kids. Imagine being thrust into the new reality we’re all experiencing but not being quite old enough to understand why this is all happening… tough. Well, it’s Amazon to the rescue. With schools potentially shut down until the fall and parents figuring out how to home-school their children by the second, Amazon has opened free streaming worldwide on over 40 shows geared specifically for our little ones.

#SelfQuarantined at home and slowly losing your mind? We got you Popeyes Fam. With a streaming service password. Limitations apply. #ThatPasswordFromPopeyes pic.twitter.com/Gbce7rLffm

Just three hours away from The Ocho on ESPN2! pic.twitter.com/qG17dSdRzi

For some people, staying home is not an option. For others, the need for fresh air didn’t disappear overnight (nor did their dog’s bodily functions), so a walk is needed every now and then.

As people continue to go about necessary daily activities outside the home, practicing social distancing is of utmost importance. Brands have recognized this drastic shift in society (how could you not) and are doing their part to spread awareness of the immense importance of those precious six feet of separation.

McDonald’s and Coca-Cola, arguably two of the biggest household brand names across the globe, both released altered versions of their famous logo with the clever and relevant incorporation of some “social distancing.” The instantly recognizable golden arches of the McDonald’s logo now sit a little further apart, accompanied by the words “Stay safe, by staying apart.” Similarly, Coke is making the statement that “Staying apart is the best way to stay united” with their famous cursive letters of their logo noticeably spread apart.

Nike is also contributing to the social distancing movement with a campaign that encourages all athletes, from pro to amateur, to “Play inside, play for the world.” 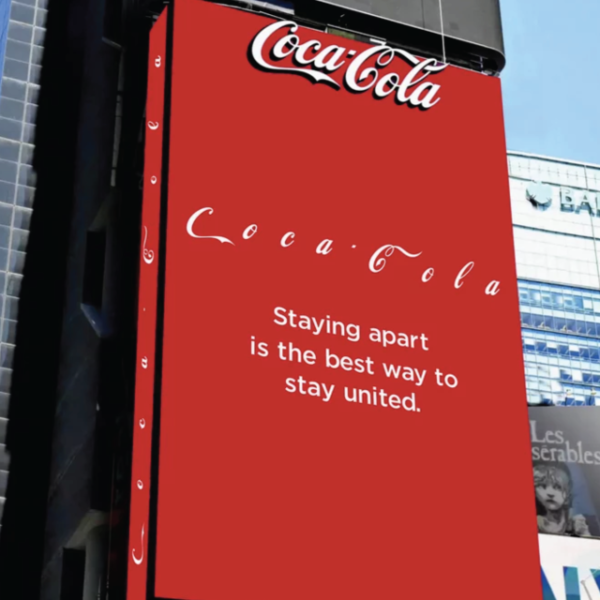 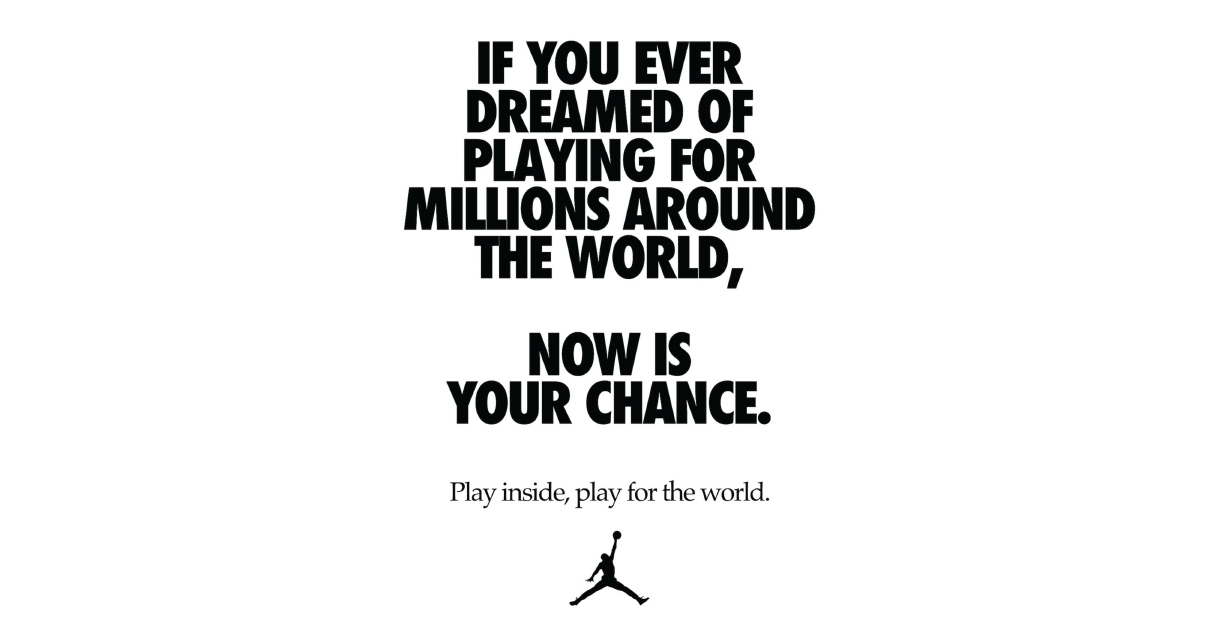 Give When You Can

Possibly the most important thing major corporations can do right now is support foundations and organizations that are hurting due to the impact of the virus or working to fight the spread. While PSAs and stunts to boost morale and encourage self-quarantine are incredibly valuable in their own right, there is something to be said for companies providing monetary support when they are able.

Kraft-Heinz donated $12 million in the form of financial aid and food products to Feeding America. Talk about using your resources for good. The wildly popular video-sharing platform TikTok donated $10 million to the World Health Organization’s Solidarity Response Fund, which works to “ensure all countries are prepared, especially those with the weakest health systems” and $3 million to Arnold Schwarzenegger’s After-School All-Stars. Never one to shy away from the opportunity to help, Netflix established a $100 million relief fund to help various individuals impacted by the virus, including those in the creative community and entertainment industry who have lost their jobs. These brands are certainly proving that they are about more than good marketing.

We at Kraft Heinz have an enormously important role to play in making sure people have the food and nourishment they need – and that’s especially critical at this challenging moment. https://t.co/su1voWe2B0

TikTok teamed up with @ASASafterschool, an organization founded by @Schwarzenegger to help families whose children are missing out on meals that they depend on due to the school closings caused by the coronavirus pandemic. https://t.co/RQORwA0ZPq

The main takeaway for marketers during this strange time is that consumers gravitate towards brands that can be trusted to do the right thing, whatever that looks like.

We’ve said it before, but it is incredibly important that brands place their efforts on contributing to society and the conversation at hand in a positive and meaningful way. Oh, and that they encourage their employees to wash their hands with soap and water for 20 seconds (even after all of this is over, we would argue).

Stay safe out there.

Are you ready to connect with your audience and boost your brand with the extraordinary power of engagement marketing?

We're here to help you navigate this trying time for the events and experiences industry. Get in touch today if you're ready to create something that will make an impact and drive social shares.