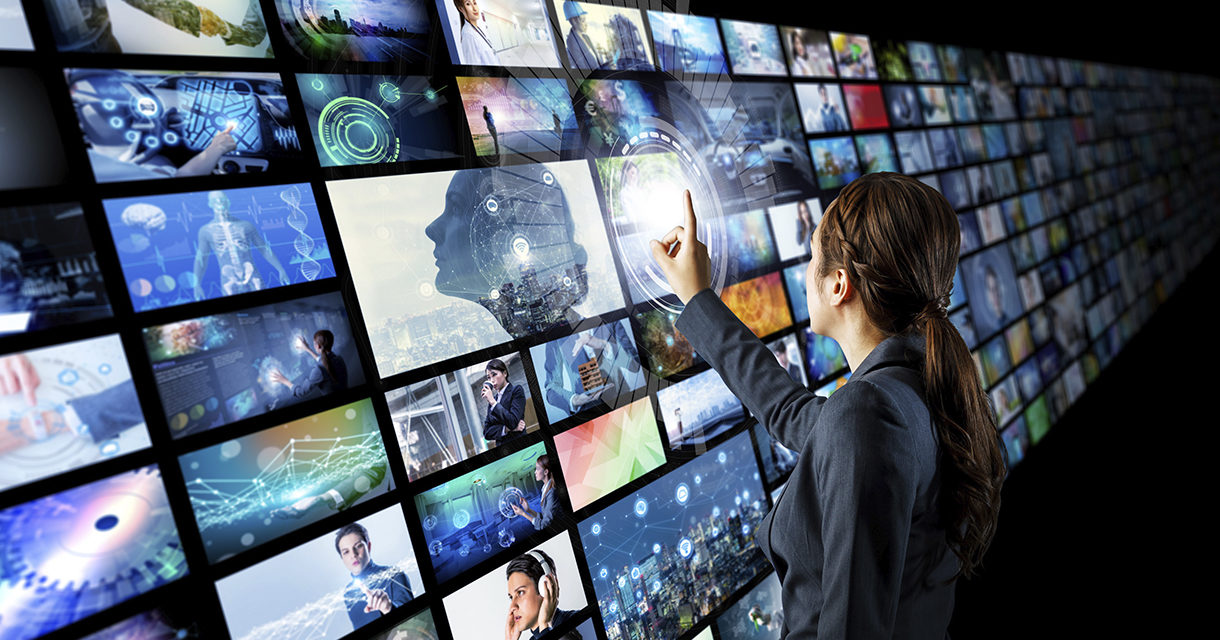 This may come as a shock (actually, maybe not), but the pandemic has changed a lot of aspects of our normal lives, including entertainment media broadcast and consumption.

From TV and movies to social media and sports, whether we’ve realized it or not, the way we access and consume content is shifting based on how that content used to be shared/broadcasted. Pop culture across the board seems to have been thrown into the ultimate technological experiment, as various media and entertainment subsects have been trying out new ways to reach audiences since the pandemic shut down some of our most beloved activities.

This week, we’re highlighting some key shifts in various sectors of entertainment and media, and what’s been working or not working. 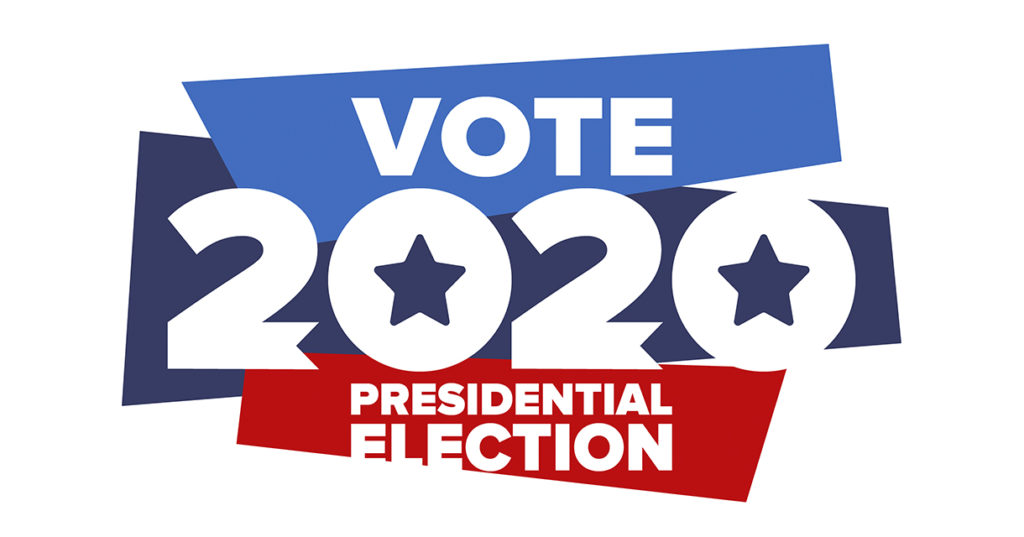 Both Conventions had anticipated being in-person events earlier this summer, but of course, as the pandemic carried through to even today, both parties had to pivot to virtual platforms to ensure the safety of all participating, attendees and featured speakers alike.

For the first time in history, the presumptive nominees for both parties are giving their official nomination acceptance speeches virtually and broadcasting them through livestream and TV news broadcasts. As is customary with the traditional National Conventions, leading up to each nominee’s acceptance speeches will be several days of speakers highlighting the key competencies of each candidate, all done virtually as well.

While these virtual Conventions are meant to safely facilitate the traditional election season kick-off events, and are anticipated to be “the most technologically complex and sophisticated event[s]” for arguably both parties, it will be interesting to see how they are ultimately executed. In what promises to be a heated and contentious race, any technical flubs will be especially scrutinized on both sides.

Streaming platforms predate the COVID-19 pandemic by more than a decade, but this technology seems to be faring the best when it comes to shelter-in-place media options; in fact, streaming service usage increased by 75% in the first several weeks of the pandemic alone.

While streaming has never been considered a true replacement for the full movie theater experience, in a time when movie theaters simply cannot be opened for public health and safety, the Walt Disney Company is looking to see how its streaming platform can hold up in releasing a major feature film whose premier had been affected by the pandemic.

The live-action remake of the 90’s animated classic Mulan was slated to premiere in March of this year. After several reschedules, Disney finally decided to cancel its theater release altogether and will premier Mulan on its subscription-based Disney+ starting September 4, marking the first time that Disney will be pivoting a major release to streaming from a full cinema release. There have been mixed reactions to this news, particularly because Disney+ will be charging an additional $29.99 on top of its $6.99 monthly subscription fee.

Even before the Mulan premier, however, Disney+ had already seen a surge in subscriptions and viewership earlier this summer, largely thanks to its arguably most-anticipated release to date: Hamilton.

The filmed adaptation of Hamilton, like Mulan, was originally slated for a theatrical release in 2021; the intent was to give viewing opportunity to those that might have missed out on seeing the Tony Award-winning smash hit live, specifically with its original Broadway cast.

In response to an unprecedented shuttering of all Broadway and live musical theater, however, Disney and the Hamilton’s creators Lin-Manuel Miranda and Tommy Kail announced their decision to move up the release of the film to July 2020.

Thanks in part to the hype that has hovered over the musical since its debut in 2015, as well as the aforementioned shuttering of live musical theater, in the weeks leading up to the release of Hamilton alone, downloads of the Disney Plus app increased by over 70%, as reported by various sources. In an earnings report released this month, Disney+ now hosts over 60 million paid subscribers, according to Tech Crunch. The blockbuster musical just on its own outpaced viewership of any single program, across all major streaming platforms, in July, reports Variety.

The undeniable success of Hamilton has opened doors to other musical theater streaming opportunities. Just this month, a musical centered around the late Princess Diana, rescheduled to premiere on Broadway in May 2021 from an original premiere of March 2020, will now first be debuted on Netflix in “early 2021” ahead of its first live production.

The NBA Bubble: Playing It Safe

When shelter-in-place orders started for most states back in March, professional sports leagues across the board had to make the difficult decision to suspend/cancel/postpone their seasons, leaving both players and fans understandably saddened.

After a few months of each league deciding their paths forward, however, we’ve slowly seen professional sports slowly start coming back to life, albeit as building in as many safety measures as they can. For example, Major League Baseball (MLB) opened their postponed/shortened season back in July with a some social distancing measures in place between players and staff, and with a noticeably different audience: photo cutouts. Some teams, such as the Dodgers, opted to open the opportunity for their fans to participate, charging a fee that would be donated to charity.

Of all professional sports leagues that have resumed their seasons, however, National Basketball Association (NBA) will arguably be known as the sports league that most successfully balanced pandemic-related safety measures with successful broadcast and fan engagement, largely thanks to its fully-contained centralized command center, known as “The Bubble,” at Disney World in Orlando.

Within The Bubble lives not only state-of-the-art playing facilities, but also housing accommodations only for players and staff, a self-contained broadcast infrastructure, and extensive COVID-19 prevention measures (ie. testing, contract tracing, physical security to keep out non-players/staff, etc.).

The NBA also kicked it up a notch in terms of viewership and fan engagement, by building out a state-of-the-art “virtual fan stands” that feeds in live video of fans watching the games via Microsoft Teams. The success of the virtual fan stands positions the NBA as the only professional sports league that “seems to have really thought through what it means to watch sports on television and how to present them from empty arenas, according to Vox.com’s Critic at Large, Emily VanDerWerff. 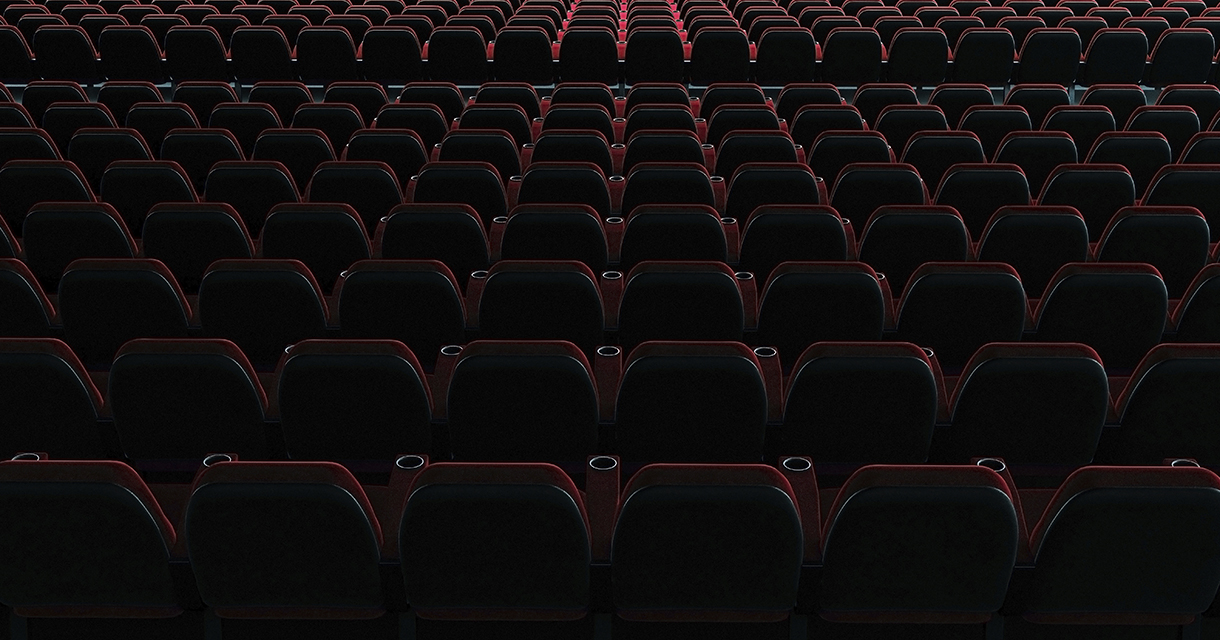 Popular culture and entertainment at large have been turned upside-down and have arguably been some of the hardest-hit sectors, according to an analysis by Foreign Policy. While the examples we provided highlight various ways that people have had to react to the pandemic’s restrictions, it’s still hard to fathom that these will be the way forward, even after the pandemic has passed and it’s safe for us to resume business as usual.

If there’s anything that these pandemic-related adaptations have shown us, it’s that we miss live experiences like movie theaters, live musicals, and sports. While we’ll have to take what we get at the moment for the health and safety of all, there is hope that entertainment will return to us as we once knew it, simply because nothing can truly replace the feeling and satisfaction we draw from truly live entertainment.

We've done a little experimenting and adapting of our own,

and if you're looking to make the shift over to virtual events, we can help!