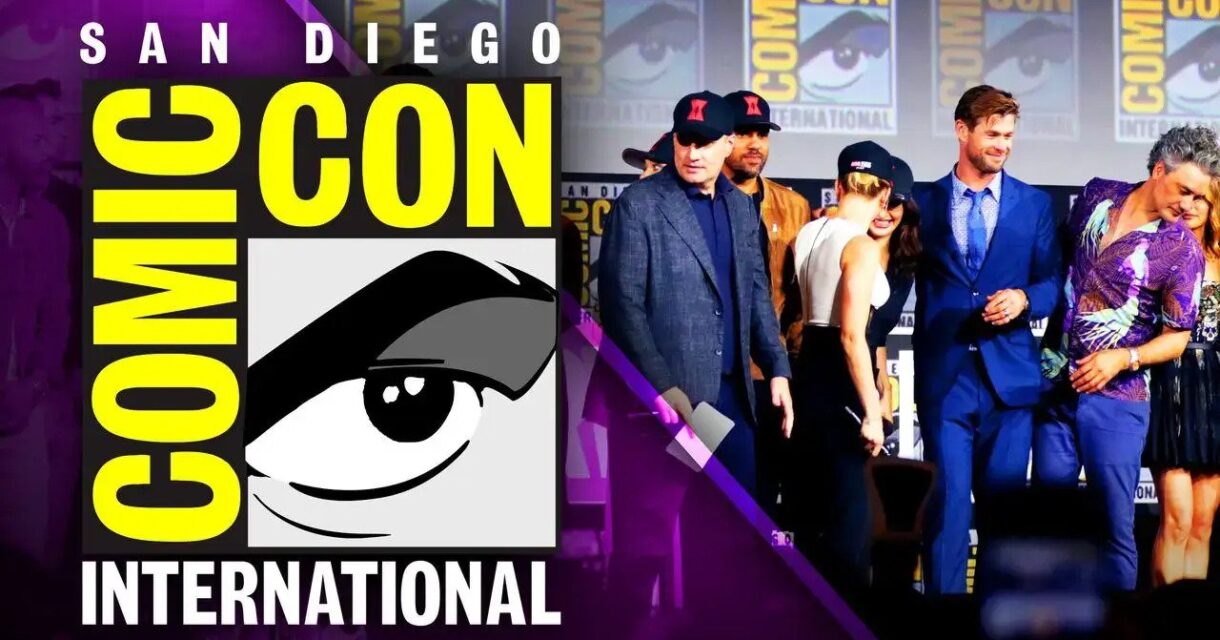 The world’s largest comic convention is making a massive comeback at the San Diego Convention Center, the home of Comic-Con, and it will be bigger and better than ever. It’s safe to say that the last few years have not been easy for the entire entertainment and experiential marketing industry. Although the show held its Comic-Con At Home 2021 show last year, the hosts and many industry professionals had difficulty generating the same excitement as an in-person show when the live show was canceled for the second time.

However, as the comic frenzy makes its debut this week and reviewing the list of brands and panels announced for Comic-Con, it proves that the convention means business this year. Comic-Con 2022’s anticipated TV and movie panels are cultivating a considerable buzz, making the event unmissable for fans hungry to see the latest drops and updates on significant franchises. Fortunately, limitless possibilities are available to fans who want to experience the latest news but cannot attend this year. FGPG: Experiential Marketing Agency shares the rundown on everything you can expect to see at this year’s Comic-Con 2022. From the largest experiential booths to the most popular panels, we will walk you through the largest comic convention in the world. Comic-Con San Diego 2022 begins on Wednesday, July 20, 2022, with events being held in 5 major locations and all events categorized between Games, Films, Anime, and Programs. The convention will be held until Sunday, July 24, 2022, for a long weekend, jam-packed with all the latest comic news, experiences, and panels for all fans to enjoy.

The best way to plan your schedule to maximize your experience is by taking full advantage of Comic-Cons schedule customizer and always having the schedule with you. Search through the convention’s complete schedule, save panels and events you would like to visit and save them to your personal calendar. The Eventenyl-powered schedule allows you to share the schedule with your friends via social media. Have all times and dates for your favorite events in the palm of your hand, and enjoy the whole experience of Comic-Con 2022. On Thursday, July 23, 2022, expect to kick off the convention with some exhilarating panels and events for Dungeons & Dragons: Honor Among Thieves, Masters of the Universe, and Teen Wolf the Movie. There will also be panels in the Hall H. Ballroom 20 for popular segments The Rookie/The Rookie: Feds, Ghosts, National Treasure: Edge of History, and the long reigning Beavis and Butt-Head. Meanwhile, the Indigo Ballroom will host panels on Abbott Elementary, NIX, and Vampire Academy.

Other panels will be held in the 6BCF room for the Rugrats reboot, Marvel’s Moon Girl and Devil Dinosaur, SpongeBob SquarePants, Koala Man, and Solar Opposites, while 6A features a panel on Gundam: The Witch from Mercury and a retrospective hit Conan the Barbarian.

On Friday, July 24, 2022, expect the convention to really get the ball rolling on some of the most anticipated panelists and brands to make an appearance. Hall H will hosts one of the most talked about panels, Prime Videos The Lord of The Rings: The Rings of Power. The same hall will then have three huge names, a panel on Tales of the Walking Dead, one on The Walking Dead, and Dragon Ball Super: Super Hero.

Next, Ballroom 20 will showcase Marvel Studios Panels on Paper Girls, For All Mankind, Simon Pegg’s new movie Nandor Fodor and The Talking Mongoose, and not to mention the world debut of Green Lantern: Beware My Power.

All happening the same day, find your way to the Indigo Ballroom for some more fun and see panels on Gremlins: Secrets of the Mogwai, Smiling Friends, a screening for one of TV’s most popular animations Rick & Morty’s first spinoff The Vindicators, Bob’s Burgers, and the Archer.

Continue on with another comic overload as Saturday is packed with more schedule panels that will have everyone thirsty for more. On Saturday, July 26, 2022, you can start with the panel on Shazam: Fury of the Gods and Black Adam in Hall H, and the exciting panel by SDCC on the Game of Thrones spinoff House of the Dragon, that many are talking about. Additionally, there will also be panels on The Sandman, Star Trek, and Marvel Studios.

As you reach deep into your comic convention journey, Ballroom 20 will host panels on Evil season 3, American Dad, Family Guy, The Orville, Mythic Quest, AMC’s upcoming TV remake of Anne Rice’s Interview with the Vampire, and The Simpsons season 34.

The 6BCF room will be having an anniversary panel on one of the most popular animes, Naruto, and also a panel on Dan Harmon’s blockchain-curated animated comedy Krapopolis.

The Indigo Ballroom will have panels on Tuca and Bertie season 3 panel, Reginald the Vampire, Resident Alien, Chucky season 2, and The Resort. 6A will showcase a panel on Disney’s The Ghost and Molly McGee, one on The End is Nye with Bill Nye, one on Knights of the Zodiac, and one on the upcoming Disney Channel show Hamster & Gretel.

To set a relaxing tone for the end of the show, the last day will be much quieter but will still feature a collection of exciting events. Hall H will have a panel for the show portrayed in the city of San Diego, Mayans MC and one on What We Do in the Shadows.

In 6BCF there will be a Lightyear screening and animation based on Toy Story’s Buzz Lightyear, a panel looking back on Kim Possible, and a fan event celebrating a throwback show, Buffy the Vampire Slayer’s legacy.

6A will have Marvel’s Women of Marvel, a panel of animation voice artists, an event featuring a medley of Lord of the Rings experts discussing The Rings of Power. As live-streaming events continue to rise, Comic-Con is offering all the fans that we cannot attend a treat by allowing them to participate in the convention virtually. Although not all the panels and events in San Diego will be streamed live on one platform, several options are still available to join in on the fun from home. The convention is upping the stakes by incentivizing digital engagement on their live streams to encourage participation in their first hybrid event.

The largest comic book giant will offer its fans a digital experience as there will be an exclusive Comic-Con MCU live stream hosted on Marvel’s website. Still, other options to watch are available on YouTube, Twitter, Facebook, and Twitch. IGN’s social media platforms will also be streaming more from the convention. If that isn’t enough, make your way towards Screenrant’s annual Comic-Con streaming coverage, as they provide commentary on all the events as they go. After two years of no in-person Comic-Con, the convention is returning to remind everyone why they are known as the largest comic convention in the world.