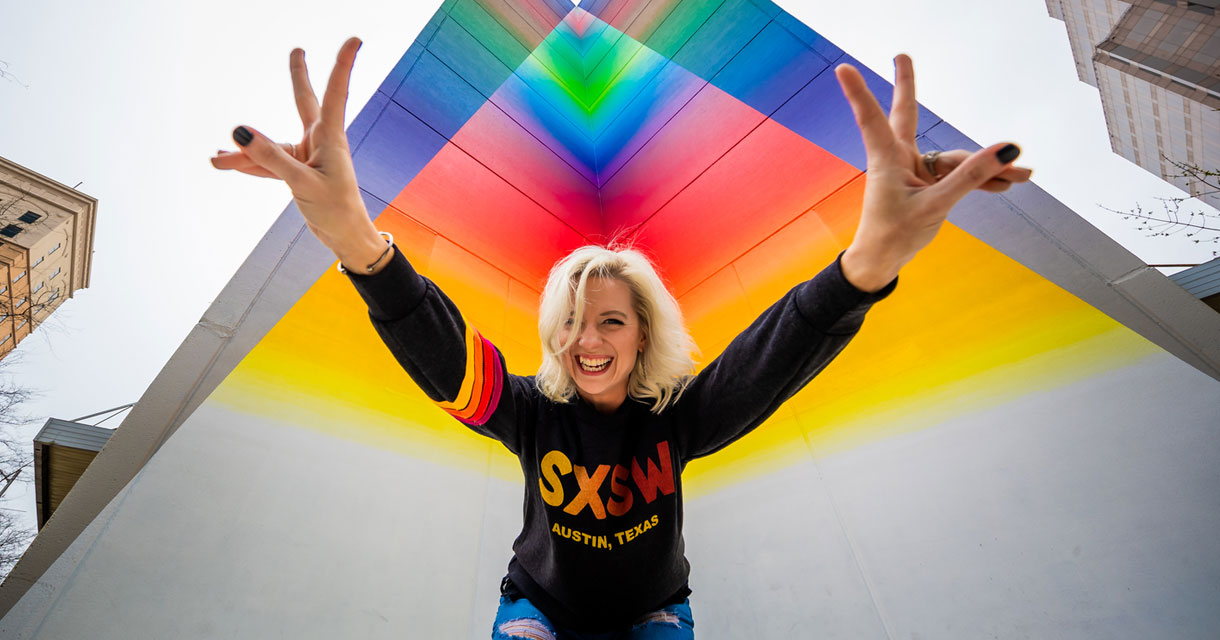 Austin has always done things with a little more style than the rest of Texas. Whereas the rest of the state is all about living large, Austin prides itself on letting its freak flag fly… hence its unofficial motto: “Keep Austin Weird.”

It’s no surprise that one of the hippest and most experimental festivals around makes its home in Austin. South by Southwest, more commonly abbreviated as SXSW, has been showcasing new film, music, and interactive media in mid-March since 1987. The size and importance of the event continue to grow with each passing year.

Every year, big brands and media properties compete to create the most buzzed-about activations and events for SXSW’s audience of industry insiders, social media influencers, and fun-loving Austin natives. Here are some of our favorites.

By all accounts, HBO won top marks at the 2019 festival for their gory, creative, and genuinely cause-friendly promotion for the final season of their hit fantasy series “Game of Thrones.” In partnership with the American Red Cross, “Bleed for the Throne” asked fans to do their part to fight a worldwide blood shortage by donating some of their own amid holy priestesses, barbaric warriors, fortune tellers, and sword fights, and all with a 24-piece orchestra charging the air with performances from the show’s sweeping score. 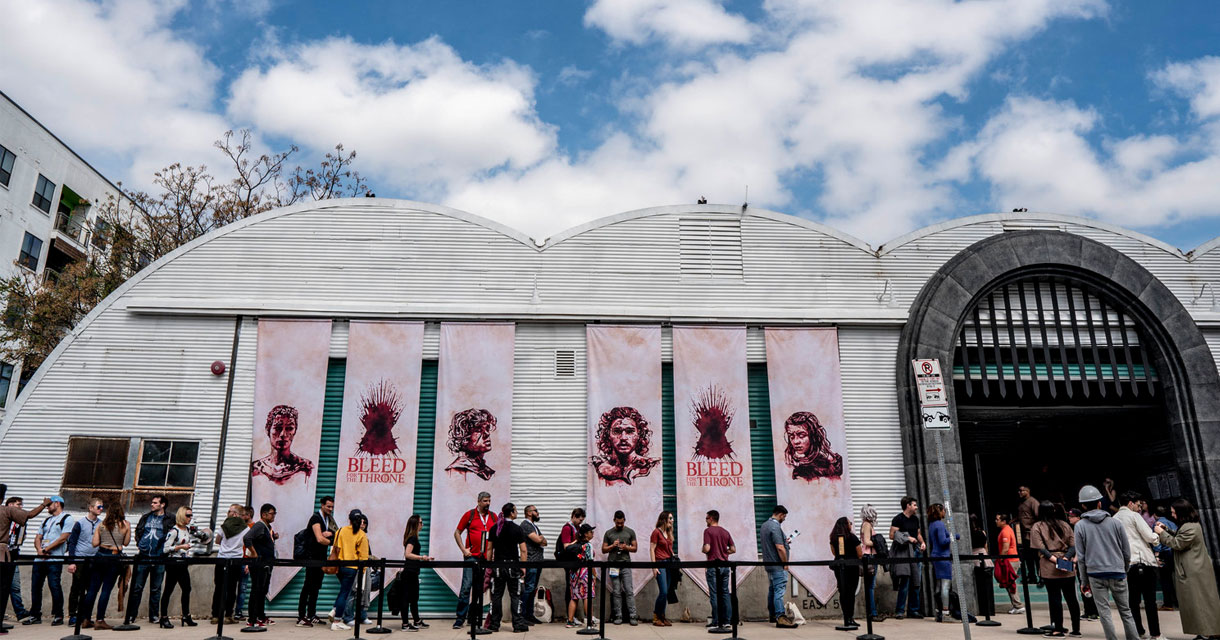 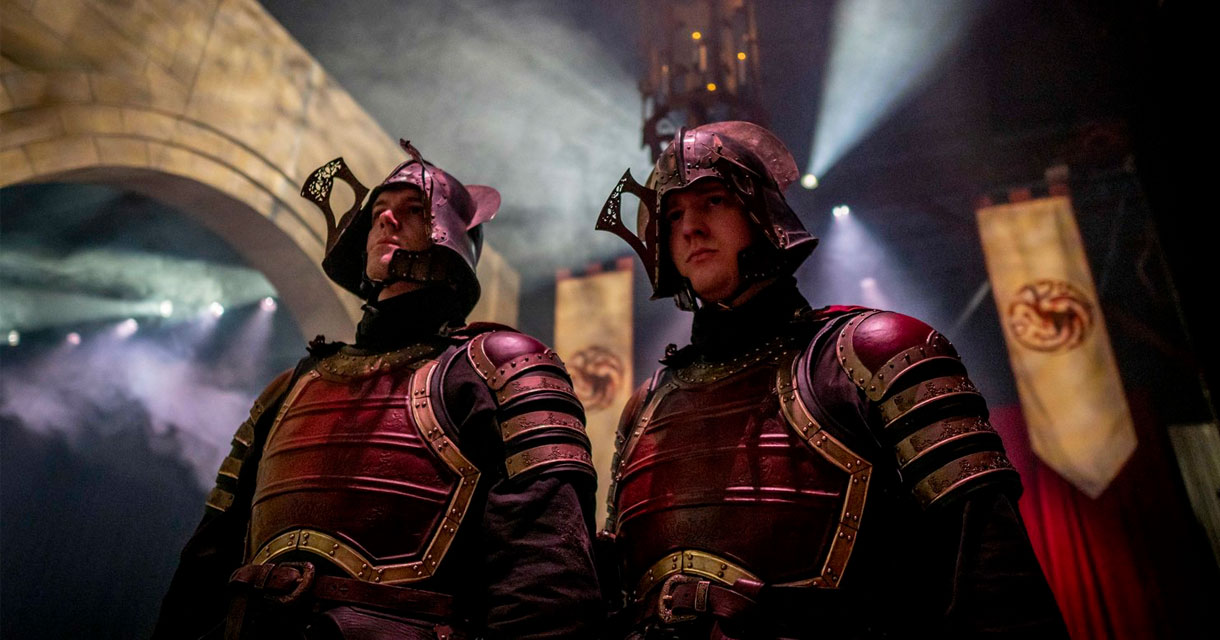 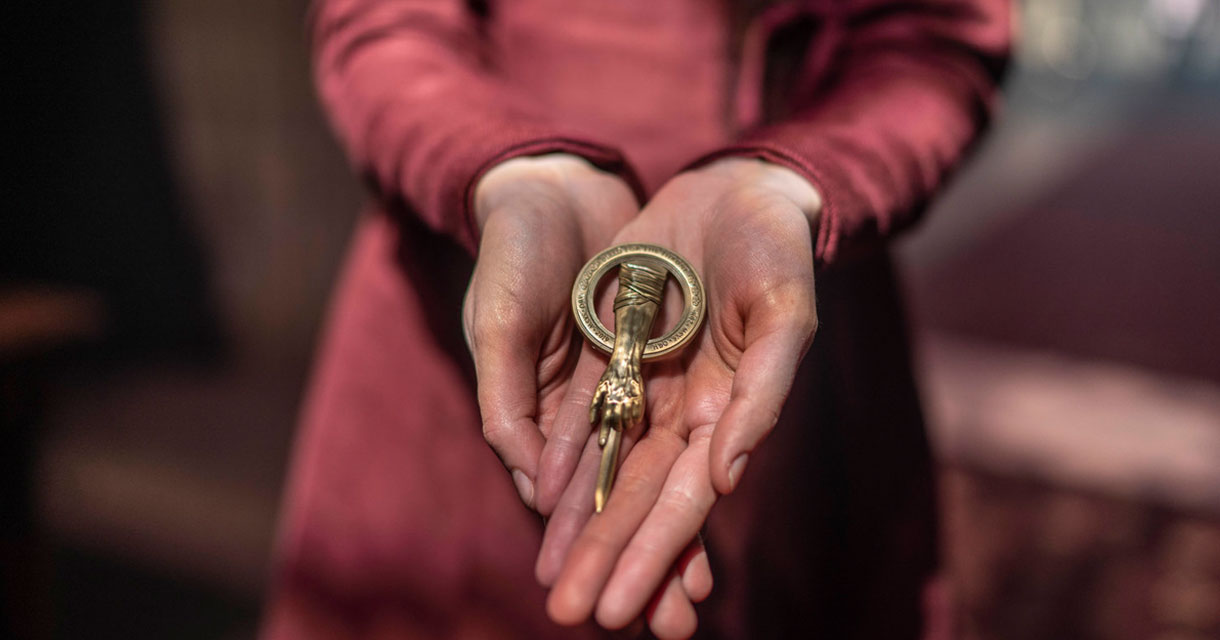 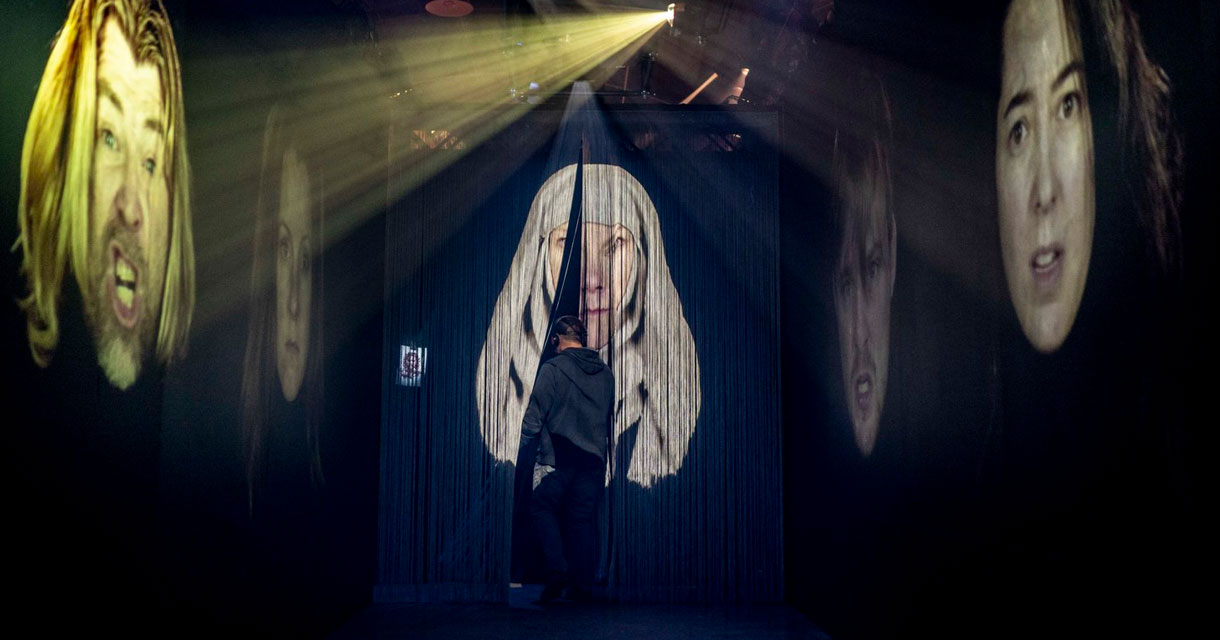 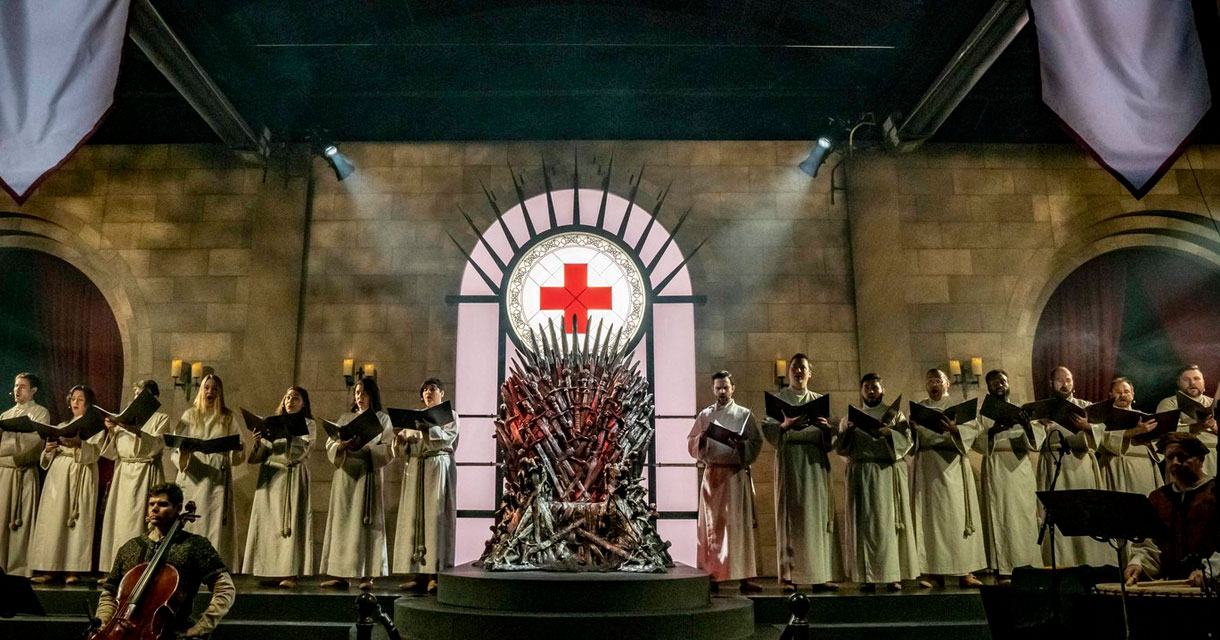 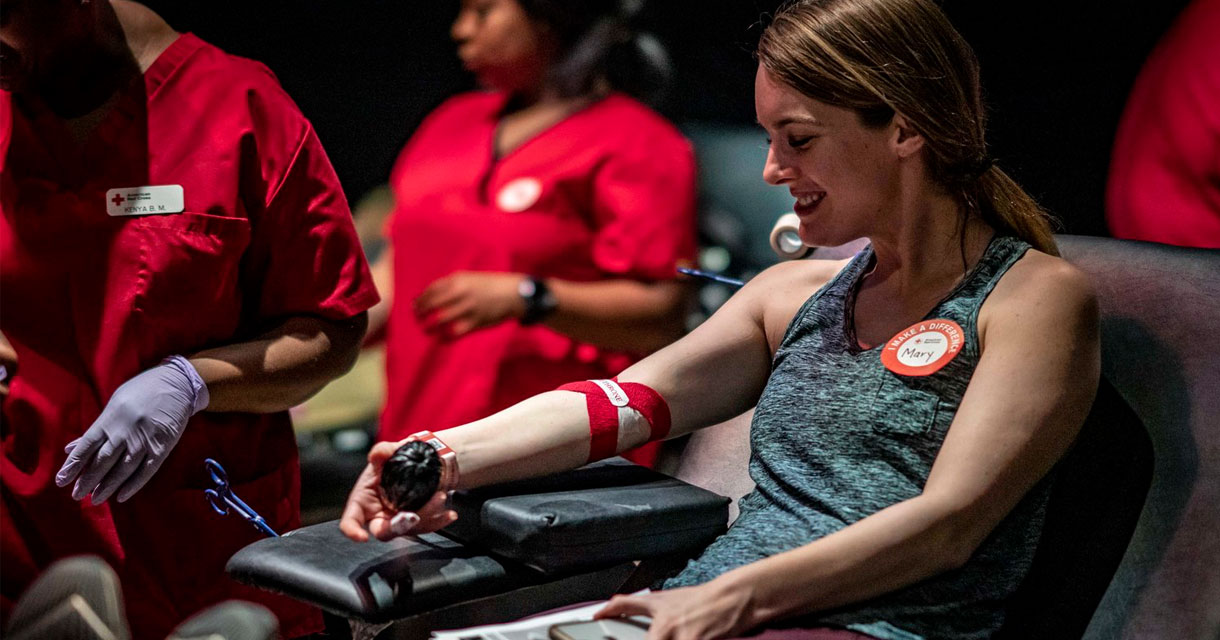 Human resources technology company ADP also chose to use the forum to raise awareness about a social issue. They teamed up with Wired Magazine on “Breaking Barriers,” an activation that redefines the concept of a break room. Attendees suited up in protective gear, grabbed a sledgehammer and went to town on symbols of several problems affecting the workplace such as the glass ceiling, wage inequality, outdated technology, and an unhealthy work-life balance. There’s nothing quite like taking a twenty-pound hammer to a ‘90s-era PC to release stress.

Some of the best activations provide an opportunity for guests to actively take part, rather than just passively spectate. Vice media, champion of digital nonconformists, built a space that was just for the visitors. Skateland was a four-day, retro roller skating experience hosted by Zack Fox of Vice Live and set to the roller disco tunes of a rotating set of DJs, including Whoo Kid. 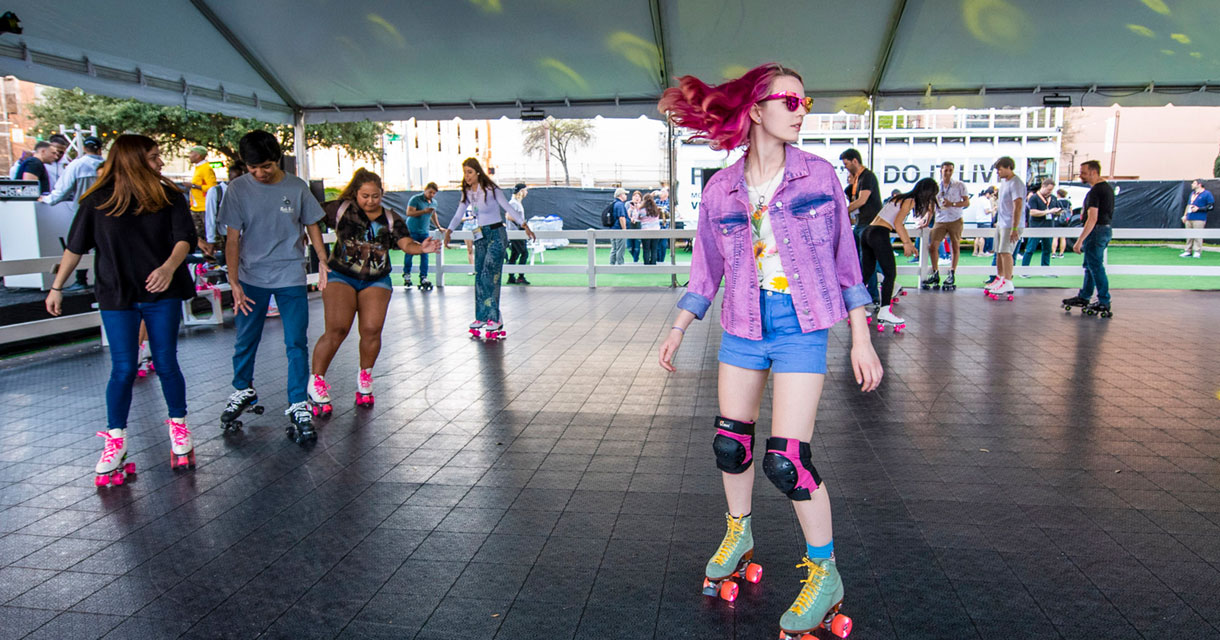 Authors Terry Pratchett and Neil Gaiman are fantasy royalty and their comedy novel “Good Omens” about an angel and a demon who join forces to forestall the apocalypse is considered one of the genre’s best. Amazon, which has been on a media buying blitz amid the growing streaming wars, transformed downtown Austin into both heaven and hell to give their latest property the kick-off it deserves.

The “Garden of Earthly Delights” invited guests to visit the angelic A.Z. Fell & Co. bookstore from the novel and enjoy pampering like manicures and massages. More mischievous attendees hopped over to the darker side of the space to dine on BBQ and play with the cute denizens of the Hellhound Puppy Pen (who were available for adoption from the Austin Animal Center).

The largest cannabis website in the world decided that even though Texas hasn’t joined the legalization trend just yet, 2019 was the year to spread its mission to the Lone Star State. They led two days of panels discussing the cannabis industry and the barriers to further adoption across the U.S. And so no one would get parched or overheat while learning the ins and outs of this growing market, the Leafly Lounge offered marijuana-flavored slushies! 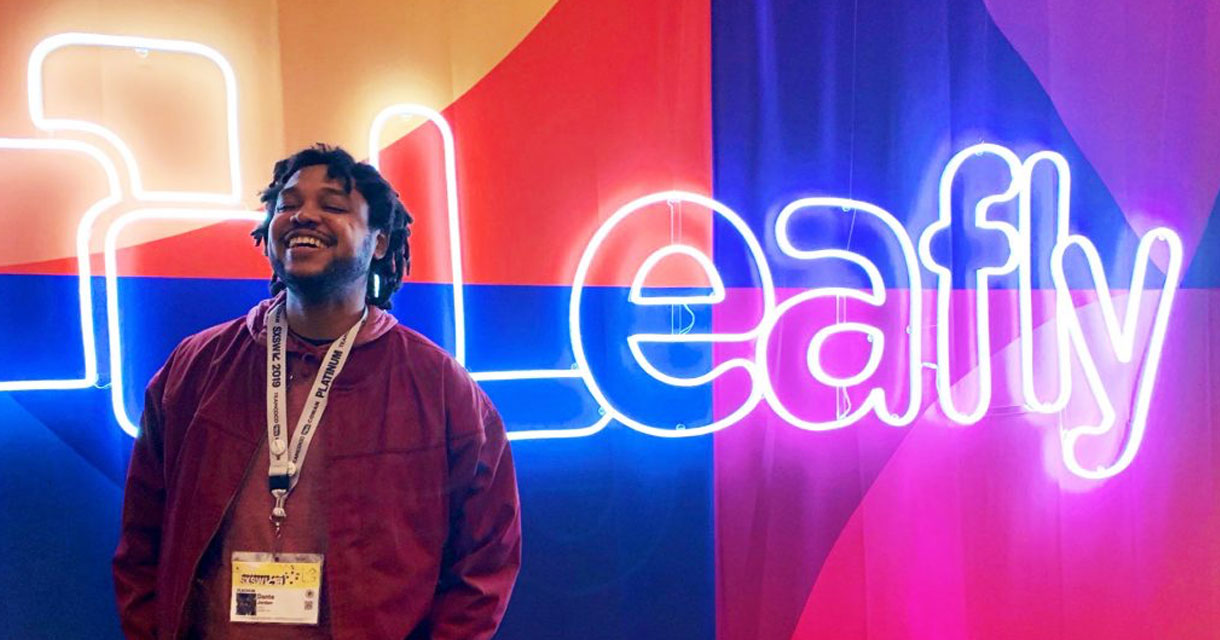 Since its earliest days, Facebook has been an advocate for the arts. Mark Zuckerberg famously paid street artist David Cho in stock to tag their first headquarters. The social network chose SXSW 2019 to let people know about their Artist in Residence (AIR) and Designer in Residence (DIR) programs. An exhibition featuring over a hundred of their sponsored artists and designers was featured alongside workshops on mural painting, screen printing, and zine-making.

And just so no one would think they weren’t also a tech company, the 2,200 square foot mural created at the festival includes an augmented reality triggering QR code. Viewing the painting with the Facebook app causes a variety of artist-chosen effects to magically morph and animate the designs. 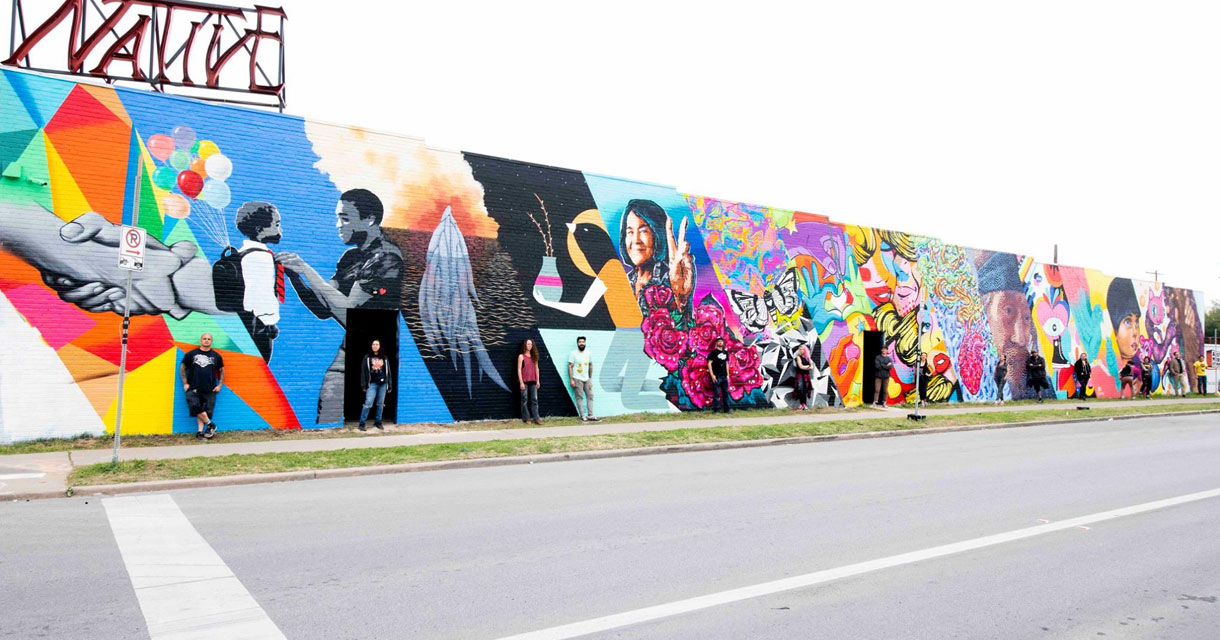 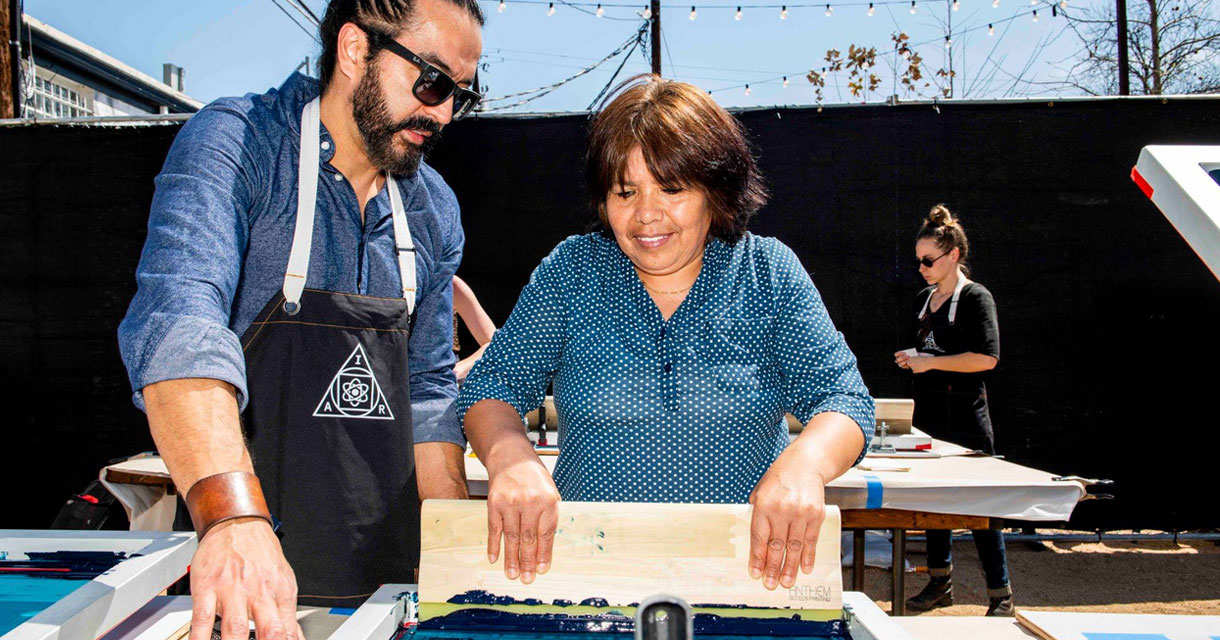 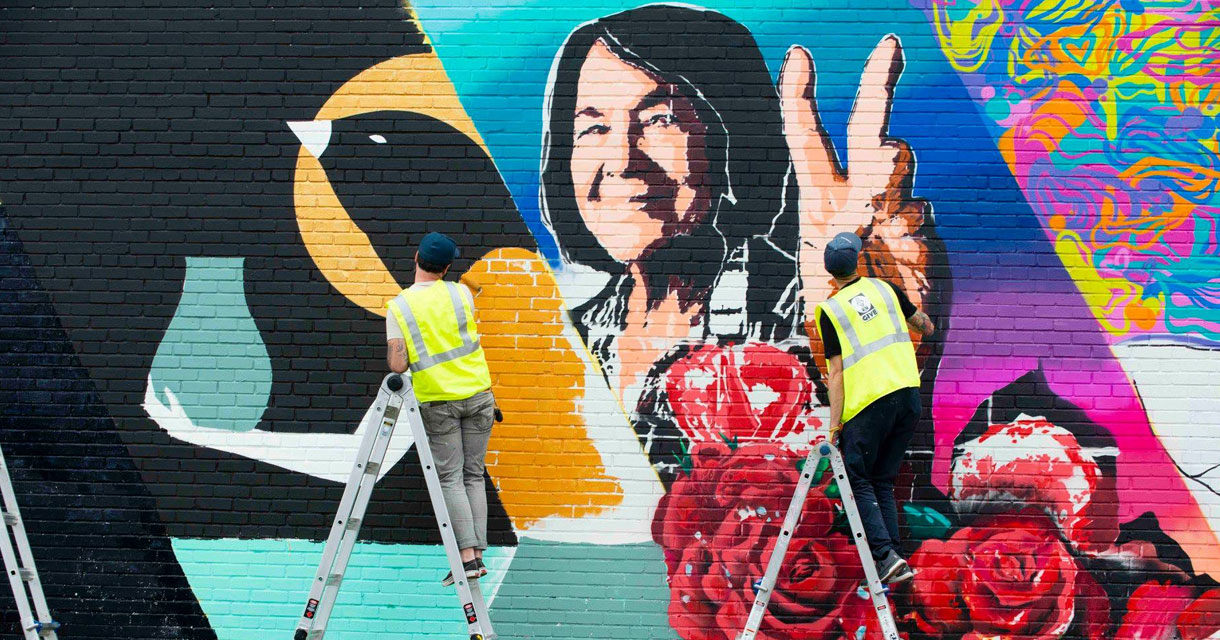 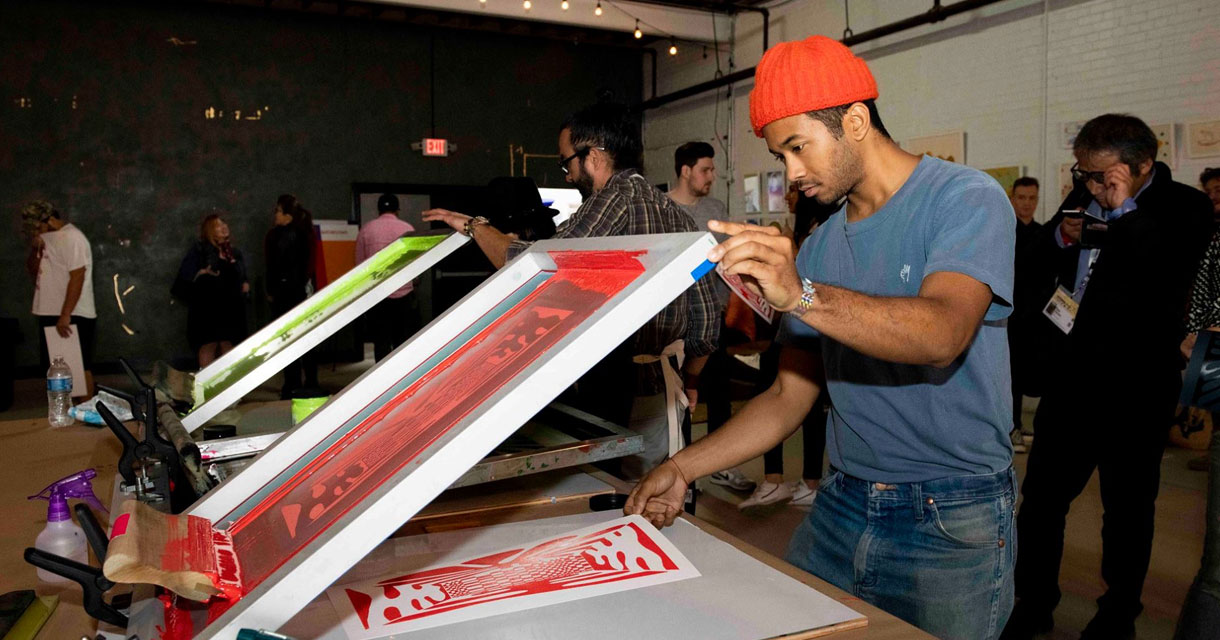 Following the success of last year’s The Food Effect, Land O’Lakes continues to amaze us with The Copernicus Project. While an activation focused on the intersection of technology and our food system might not sound like a show-stopper, thousands of SXSW attendees would beg to differ. With five interactive experiences ranging from low-tech to high-tech, The Copernicus project was hands down one of the most thoughtful and well-executed installations of the festival. Land O’Lakes took us on a journey that demonstrated the interconnectedness of humanity, our food supply, and the role we must play in preserving life as we know it. We learned, we participated, and most of all we had a lot of fun doing it!

Based in Mexico City, Cocolab creates some of the most incredible multimedia experiences on the planet. Weaving, their commissioned work for SXSW, is a light installation that tells the mythical story of the Mexican Loom by “painting” carefully mapped shapes and colors inspired by Mexican textiles onto a massive “canvas” made from string.

A Place for Creativity to Run Wild

The stated mission of SXSW is “helping creative people achieve their goals” and 2019 proved it is a venue suited to do that in just about every field imaginable. Technology, film, music, gaming, education, social causes, and business all had a place to share their message in unique and captivating fashion.

There are other events that can reach a big audience and make as strong an impression, but SXSW and Austin are still where brands big and small feel free to indulge their wildest inclinations.

Planning your next event or product launch?

Give us a call!